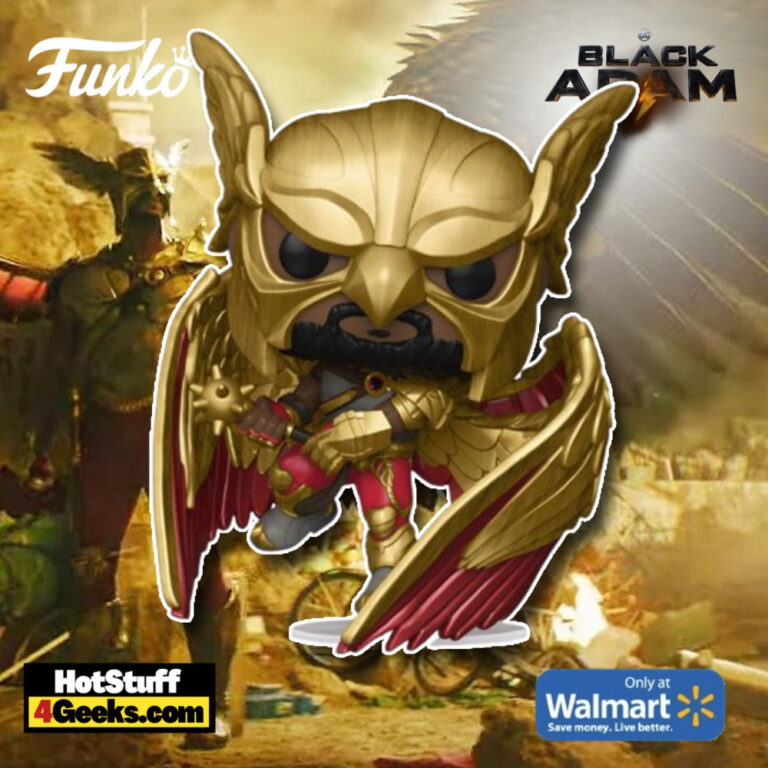 Known for his confusing origin and various incarnations over the years, Hawkman is a fascinating DC Comics hero.

With a history linked to aliens and Egyptian mythology, he is a valued member of the Justice Society and a regular in the Justice League.

Aldis Hodge is playing the role of Hawkman in the new Black Adam movie. Aldis has a great acting career and is popularly known for his work in The Invincible Man, Brian Banks, Jack Reacher: Never Go Back, Clemency, ATOM, and many more successful movies and TV shows.

Hawkman Funko Pop! exclusive to Walmart is now available for pre-order at the links below (click to jump!) It’s expected to be released in August 2022. 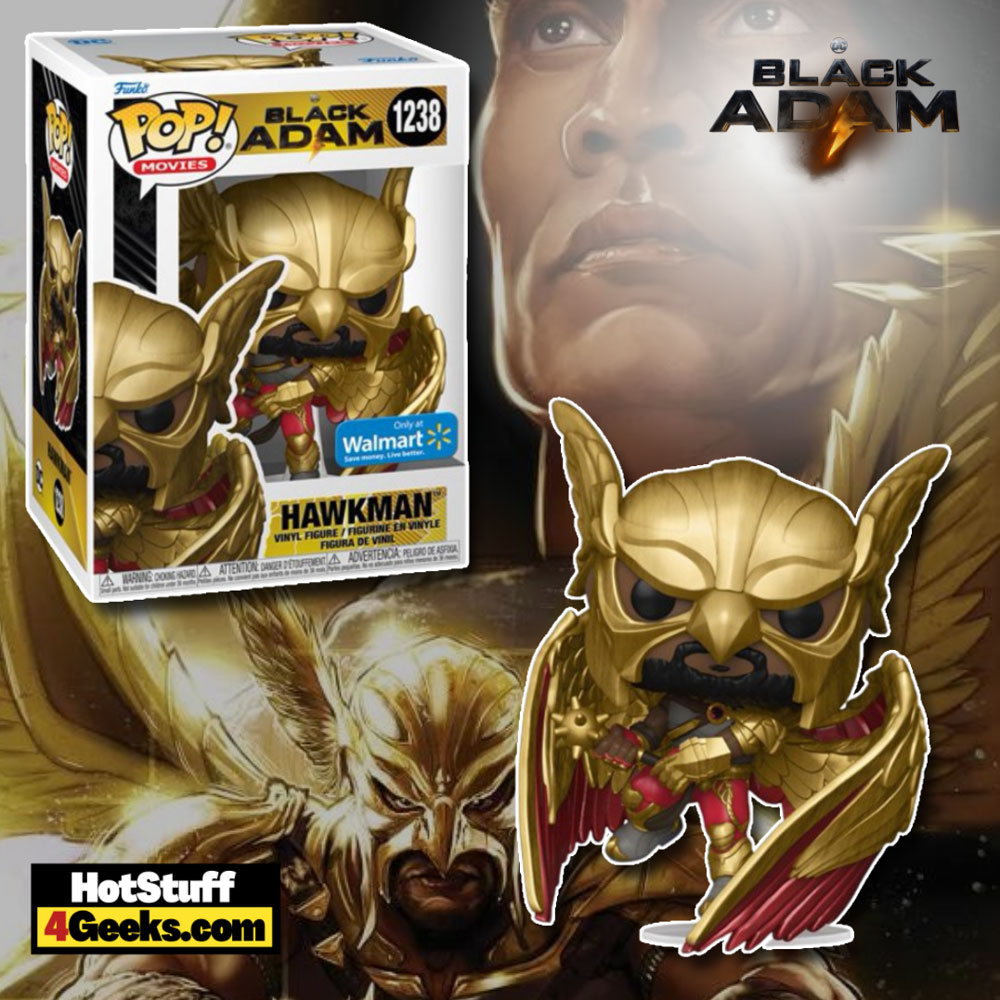 In the comics, Hawkman first appeared in Flash Comics #1, published in January 1940, as a supporting character in the story that also marked Jay Garrick’s debut.

Gardner Fox and Dennis Neville created the character, and he is called Carter Hall in his first comic book version. Then, in 1964, he had his first solo magazine, which featured the stories of another version of the hero, Katar Hol.

The original story of Hawkman begins in Ancient Egypt, with Khufu, a prince who was assisted by Nabu (an entity connected to Doctor Fate) and Teth-Adam (the Black Adam). One day, Khufu found the wreckage of an alien ship filled with Metal Nth, a powerful alloy that he eventually used to become Hawkman.

Eventually, Khufu gets into a fight with the priest known as Hath-Set, who captures the prince and his beloved Chay-Ara, killing them both with a cursed dagger.

In the Golden Age of comics, we are introduced to Carter Hall, an archaeologist who is revealed to be the reincarnation of Prince Khufu. He recovers memories of his previous life, discovering that Chay-Ara and Hath-Seth had also reincarnated.

Finding more Metal Nth, he is able to create an anti-gravity belt and a pair of artificial wings and sets out to find the reincarnation of his beloved, who is named Shiera Sanders.

Later, we meet Katar Hol – a renowned policeman from the planet Thanagar. Along with his wife Shayera, he comes to Earth – and the two are equipped with anti-gravity belts and technological wings to fight criminals and learn human police techniques.

During the Zero Hour event, the two were merged, becoming one single entity – which further complicated the connection between Thanagar, Prince Khufu, and the origins of the two.

During the Golden Age, Hawkman (Carter) had already become part of the Justice Society. He was an impulsive and proactive hero, always fighting for the innocent. To this day, many fans greatly admire the presence of Hawkman on the team.

On the other hand, the other Hawkman (Katar) became part of the Justice League of America, acting as a supporting member (especially at the time when the group was composed of hundreds of heroes, with rotating teams in the main stories).

When the New 52 arrived, DC Comics decided to retell the story of Katar Hol, making him the only Hawkman in the comics. But that didn’t take long, as Carter Hall was reintroduced during the Dark Nights: Metal event.

The event revealed that Carter had been lost since discovering the Dark Multiverse. He had been transformed by the demon Barbatos into a gigantic creature that ran the World Forge.

After being freed and restored to his original form, Carter now has his own monthly title in the comics.

You can also find all the Black Adam Funko pops from the movie here.