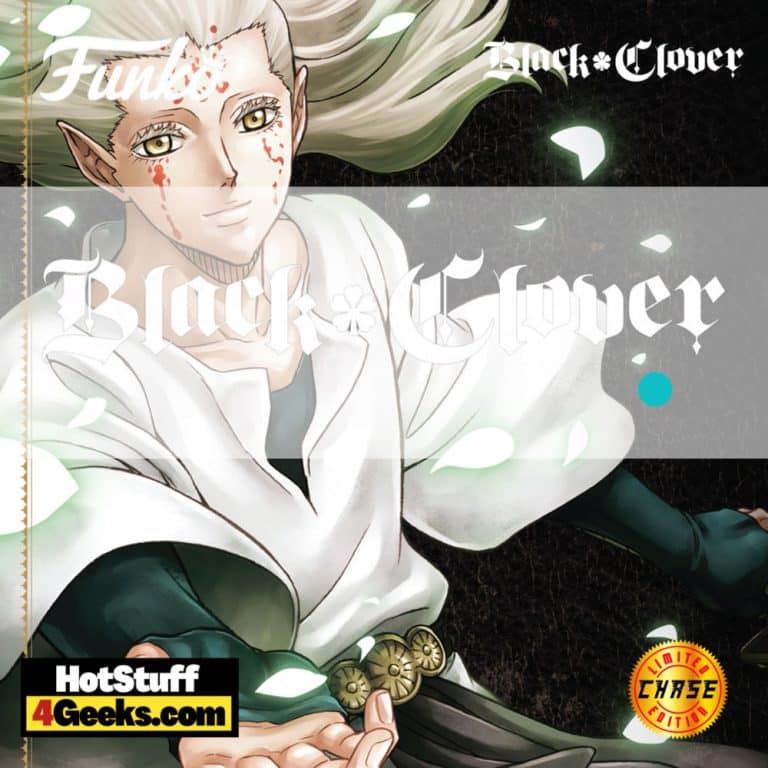 The new Funko Pop! Animation: Black Clover: Licht With Chase Funko Pop! Vinyl Figure Exclusive depicts one of the most impressive elves we have ever seen, which is reason enough to make him a fan favorite.

Although it got off to a rocky start, Black Clover has become one of the most popular new generation anime series, and for a good reason.

In addition to beautiful animation and great characterization, the story features a fascinating power system that focuses entirely on a world of magic. Plus, the series is full of memorable moments.

Although the plot is somewhat cliché within the genre – a boy with no aptitude who gains a mysterious power (any resemblance to My Hero Academia is pure coincidence) – the series is solid and deserves the glories it has been earning.

The Black Clover anime series has many powerful characters, and Licht is one of them. He debuted in Episode 68 and was later revealed that he was the leader of the elf-tribe and the Apostles of Sephirah.

The exclusive Black Clover: Licht With Chase Funko Pop! is an unconfirmed release. It is only official when or if Funko announces it. I’ll update more information in the long run.

Black Clover began to release in February 2015, and the story unfolds around Asta, a young man who dreams of becoming the greatest wizard in the kingdom.

There is only one problem – he cannot use any magic! Luckily for Asta, he is given the incredibly rare five-leaf clover that gives him the power of anti-magic.

Can someone who cannot use magic really become the Magician King? One thing is certain – Asta will never give up!

Unfortunately, after 170 episodes, the anime has been put on indefinite hiatus. Fortunately, the manga is still ongoing, and there are rumors of an upcoming movie, but until then, it’s worth remembering one of the best moments of the series so far.

During the Elven Reincarnation arc, Asta and Yuno joined forces to take down Licht, the former leader of the Elven tribe.

However, minutes after Licht was reincarnated, he immediately claimed Asta’s Demon Dweller sword, making it clear that the boys were facing a formidable foe.

As Licht quickly bombards them with a series of attacks, Asta is severely injured and loses his black form. Yuno, still able to fight, unleashes a Spirit Storm against Licht, who quickly absorbs the spell with his sword.

Once Asta regains consciousness, the boys charge at Licht, and although he deflects their attacks, Asta successfully recovers his Demon Dweller sword.