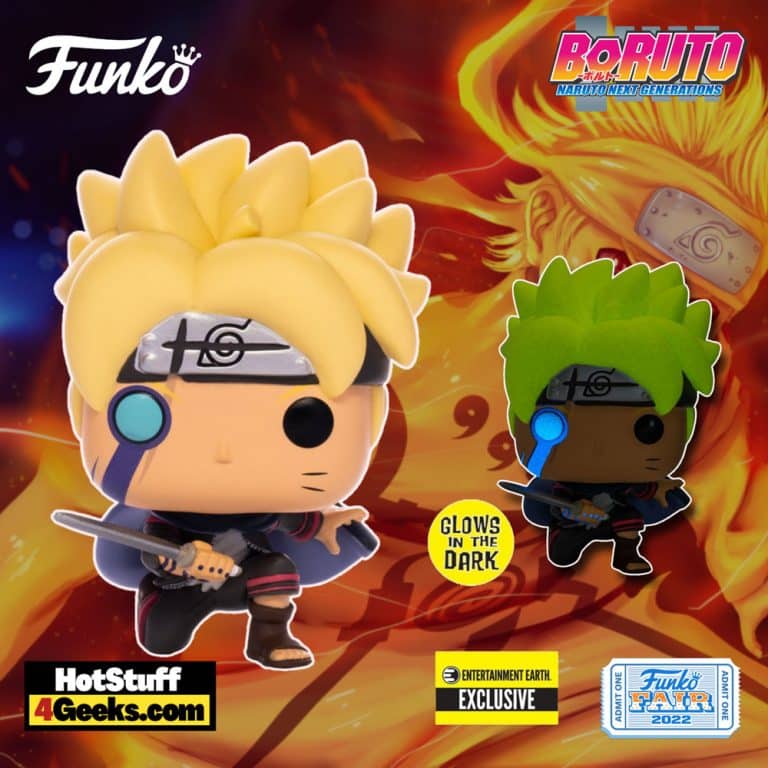 Boruto Uzumaki, son of Naruto, is here! From Boruto: Naruto Next Generations, he has been given a GITD Funko Pop! makeover as a vinyl figure.

Boruto: Naruto Next Generations began airing on April 5, 2017, and is in the process of being released to this day, with a total of 230 episodes that can be watched on the streaming platforms focused on anime content: Crunchyroll and Funimation.

Boruto is the protagonist of the new saga and eldest son of Hinata Hyuuga and Naruto Uzumaki. He doesn’t have the slightest desire to become Hokage, always preferring the easiest ways of getting things, maturing throughout the episodes.

The Entertainment Earth Exclusive, Boruto With Marks GITD Funko Pop! is now available for order at the links below (click to jump!) 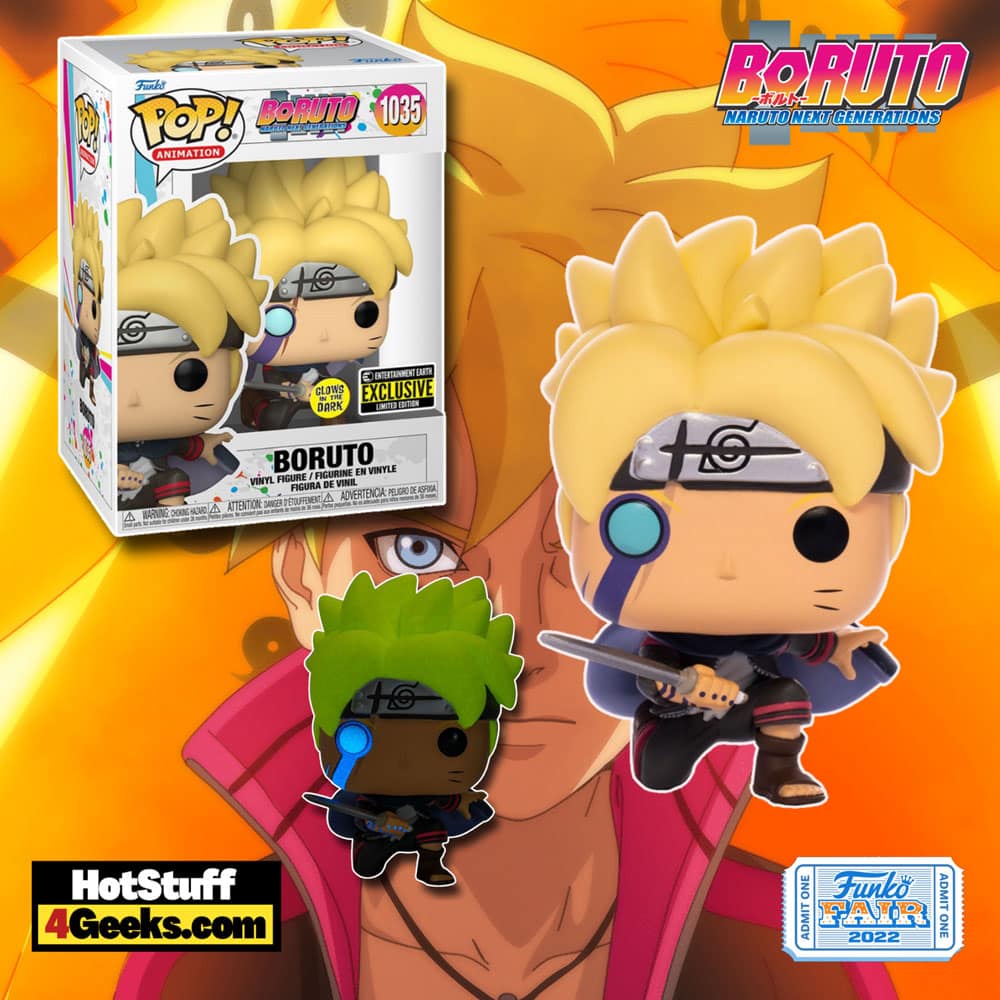 Naruto was an extremely successful anime that had its first episode released in October 2002 and met its end in March 2017. However, those who think that the protagonist’s adventures are over because the main work is over are mistaken!

Boruto: Naruto Next Generations is a direct sequel of the anime, focusing on his son and his friends’ children.

The new anime (which, at this point, is not so new anymore) takes place more than twelve years after the fourth great ninja war. It shows a peaceful world. Naruto has achieved his dream of becoming Hokage, started a family with Hinata Hyuuga, and has two children: Himawari and Boruto.

But even though Naruto has achieved his goals, his life is not easy, and he is always busy becoming somewhat absent in the lives of his loved ones. This situation eventually angers Boruto and gets him into trouble in an attempt to get his father’s attention.

Of course, this is only the plot of the first arc presented by Boruto: Naruto Next Generations. Many other challenges are waiting for Boruto, who, as time goes by, has been maturing a lot and showing that he can become a protagonist on the same level as the ninja his father managed to become.