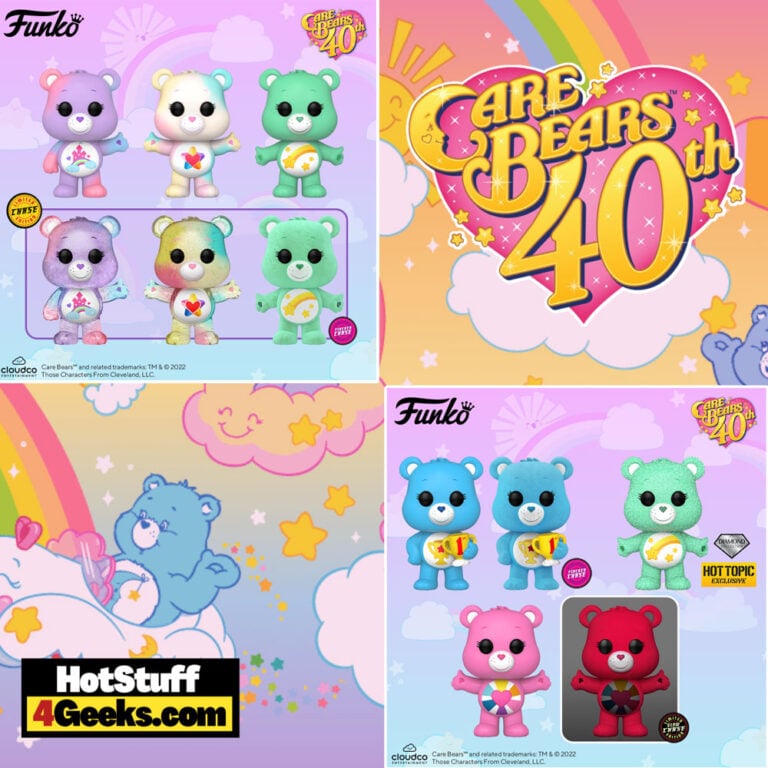 The Care Bears are celebrating their 40th anniversary this year, and there’s no better way to commemorate this milestone than with some Care Bears 40th Anniversary Funko Pops (2022)!

The Care Bears were first introduced in 1981 and quickly became a beloved part of children’s pop culture. These furry friends have always been there to teach kids about love, compassion, and sharing, and they continue to do so today.

To celebrate the Care Bears’ 40th anniversary, check out all the pop figures being launched this year. Here’s to another 40 years of caring!

Care Bears 40 Years Funko Pops (2022) are now available for pre-order at the links below (click to jump!) 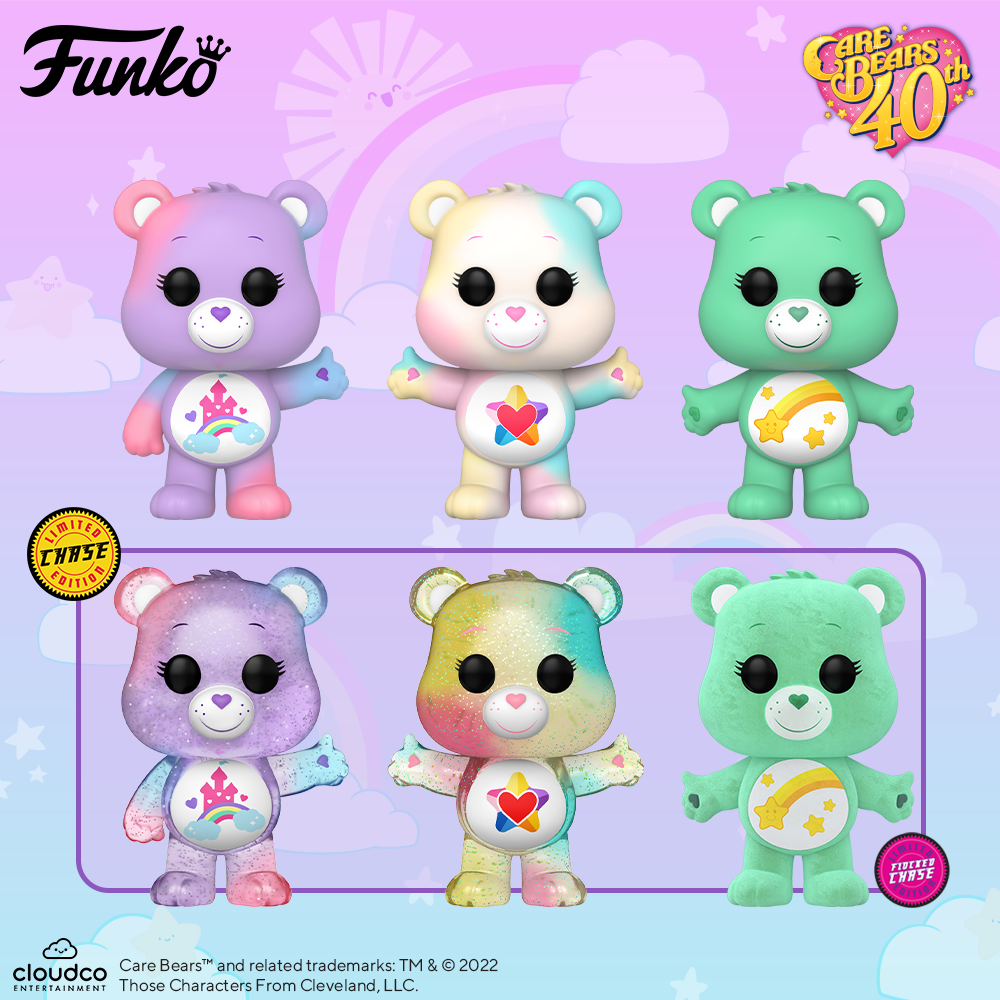 It’s hard to believe that it’s been 40 years since the first Care Bear debuted. Since then, these lovable creatures have become an international phenomenon, appearing in movies, television shows, and merchandise.

The Care Bears have maintained their core message of love and compassion throughout the years, inspiring generations of children to be kind and thoughtful.

As we celebrate the 40th anniversary of these beloved characters, let’s look back at their journey from humble beginnings to global superstardom. 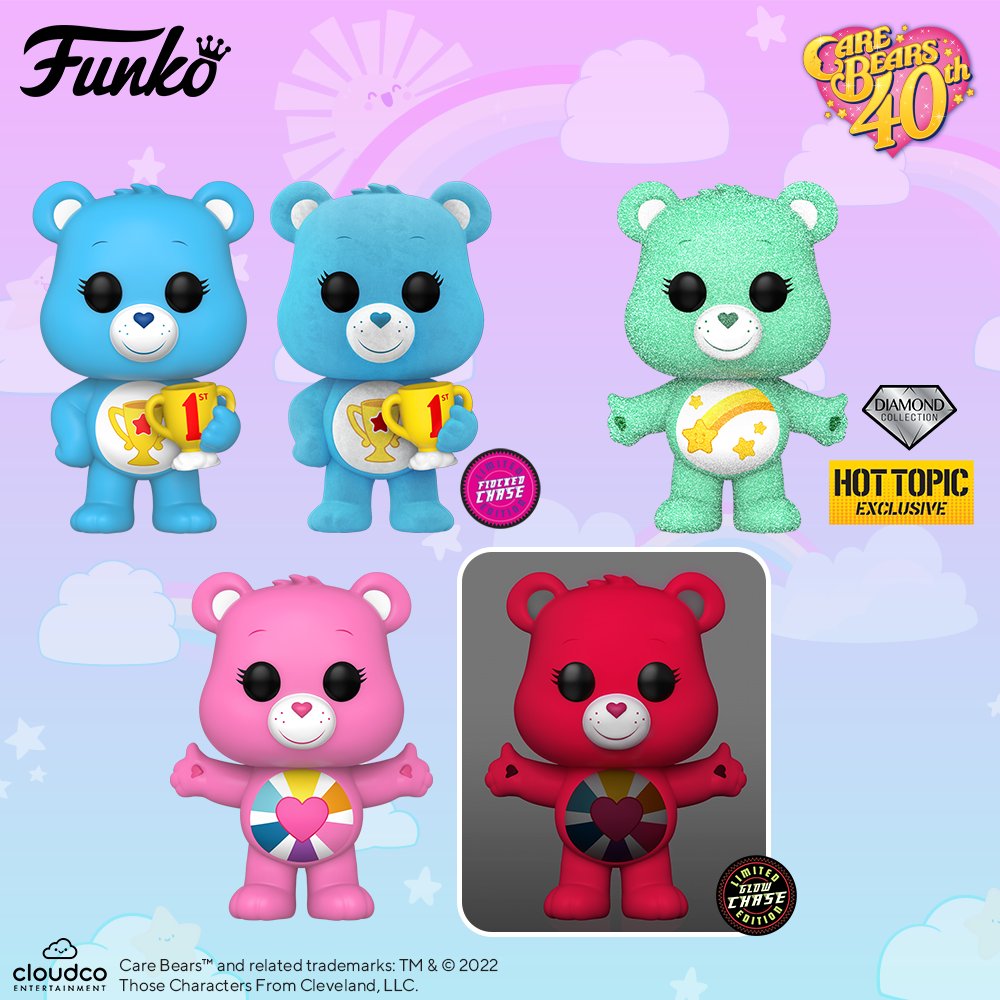 The Care Bears were created in 1981 by American Greetings, who hoped to capitalize on the success of the teddy bear craze.

These bears quickly became popular with children, who loved their soft fur and colorful tummy symbols. 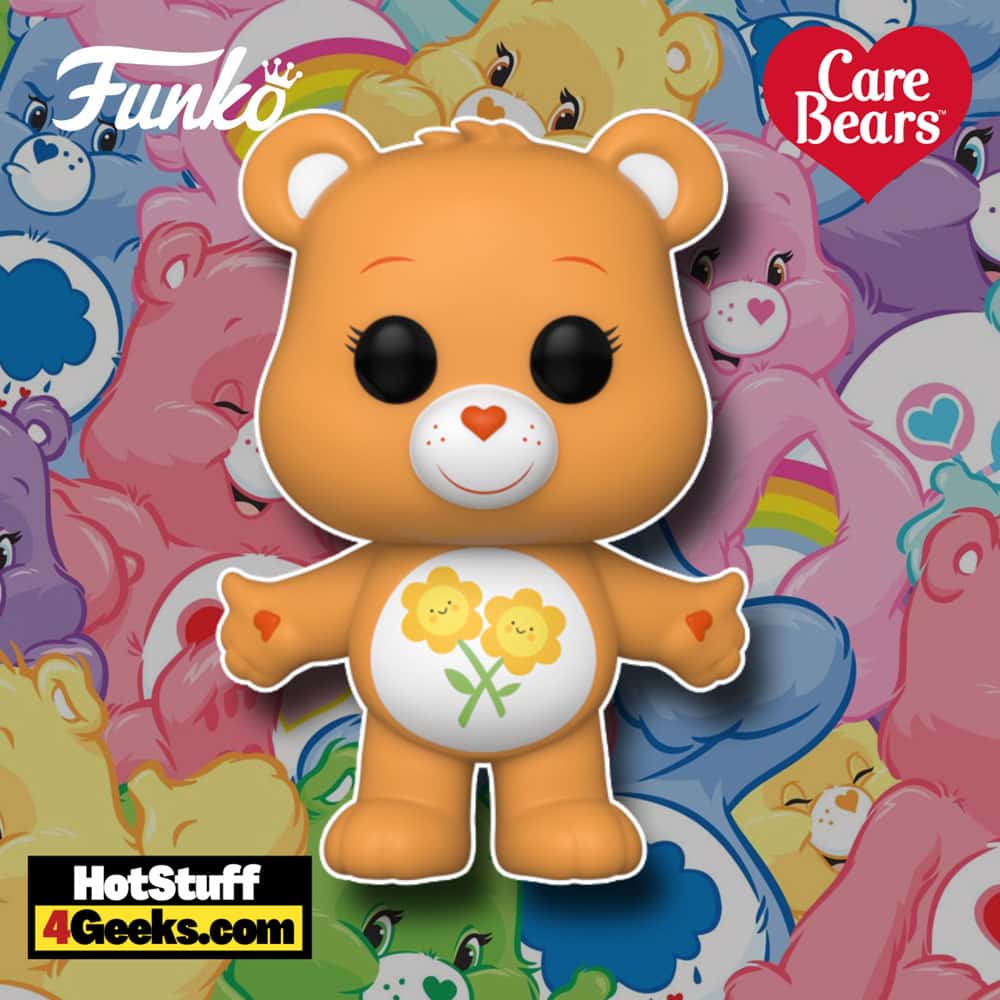 This movie introduced a new generation of children to the Care Bears and featured classic songs like “Care-a-Lot” and “Hey There, Mr. Sun.”

The movie was so successful that it spawned two sequels and a television series, which aired from 1985 to 1988.

Thanks to a new television series and several direct-to-video movies, Care Bears enjoyed a resurgence in popularity in the early 2000s.

In recent years, the bears have been featured in a mobile game and an episode of the popular TV show “Adventure Time.”

As the Care Bears continue to evolve with the times, they remain as popular as ever, with a new generation of children falling in love with these lovable creatures.

It’s safe to say that the Care Bears have come a long way since their humble beginnings 40 years ago.

From movies and television shows to merchandise and mobile games, these lovable creatures have charmed their way into the hearts of children all over the world.

As we celebrate their 40th anniversary, let’s take a moment to appreciate all that the Care Bears have accomplished and all the joy they’ve brought into our lives.

Thank you, Care Bears, for making the world a little bit brighter!