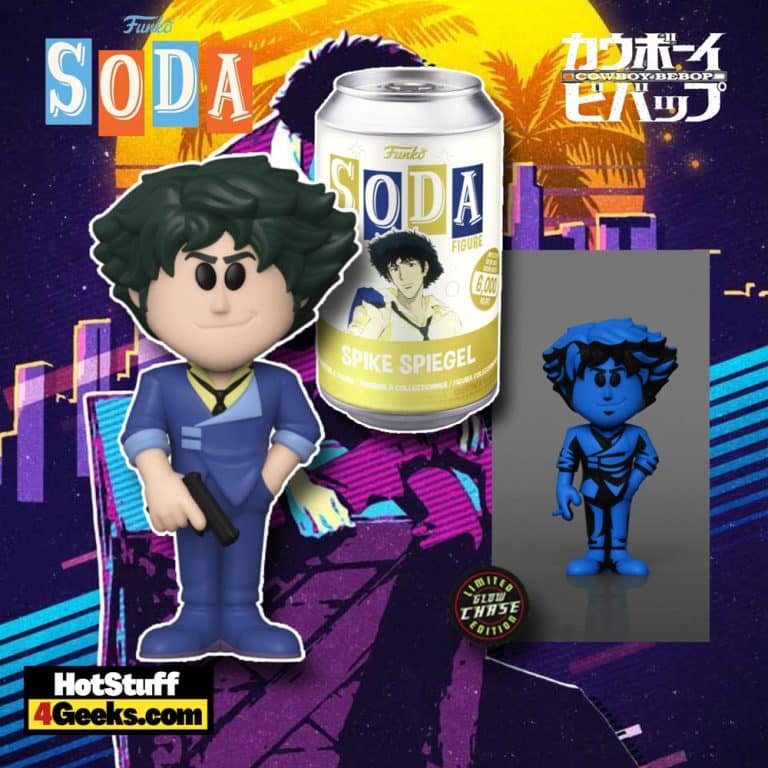 This former criminal is on the run from the Red Dragon Syndicate after faking his own death. Now taking on bounty hunting, Spike Spiegel appears in the new Funko Soda: Cowboy Bebop – Spike Spiegel With Glow Chase Funko Soda Figure – BoxLunch Exclusive.

The soda figure can be found below (click to jump!)

The chase mimics the blue hue of Spike’s iconic appearance in the classic television series intro.

“Cowboy Bebop” takes place in 2071 when humanity has spread across the planets of the Solar System thanks to the gates that connect various points in the System and that are true spaceship expressways. During this colonization phase, the increase in the crime rate was far beyond the capacity of the police to control.

Bounty hunters, better known as ” Cowboys,” working from the spaceship Bebop, cross the cosmos looking for criminals to reduce the problems. Spike, Jet, Faye, Ed, and Ein are the protagonists who venture aboard the old interstellar ship Bebop.

No Cowboy Bebop collection is complete without the addition of this cool Spike Spiegel.

Spike Spiegel with Glow Chase Funko Soda Figure releases today and can be found at the links below (click to jump!) 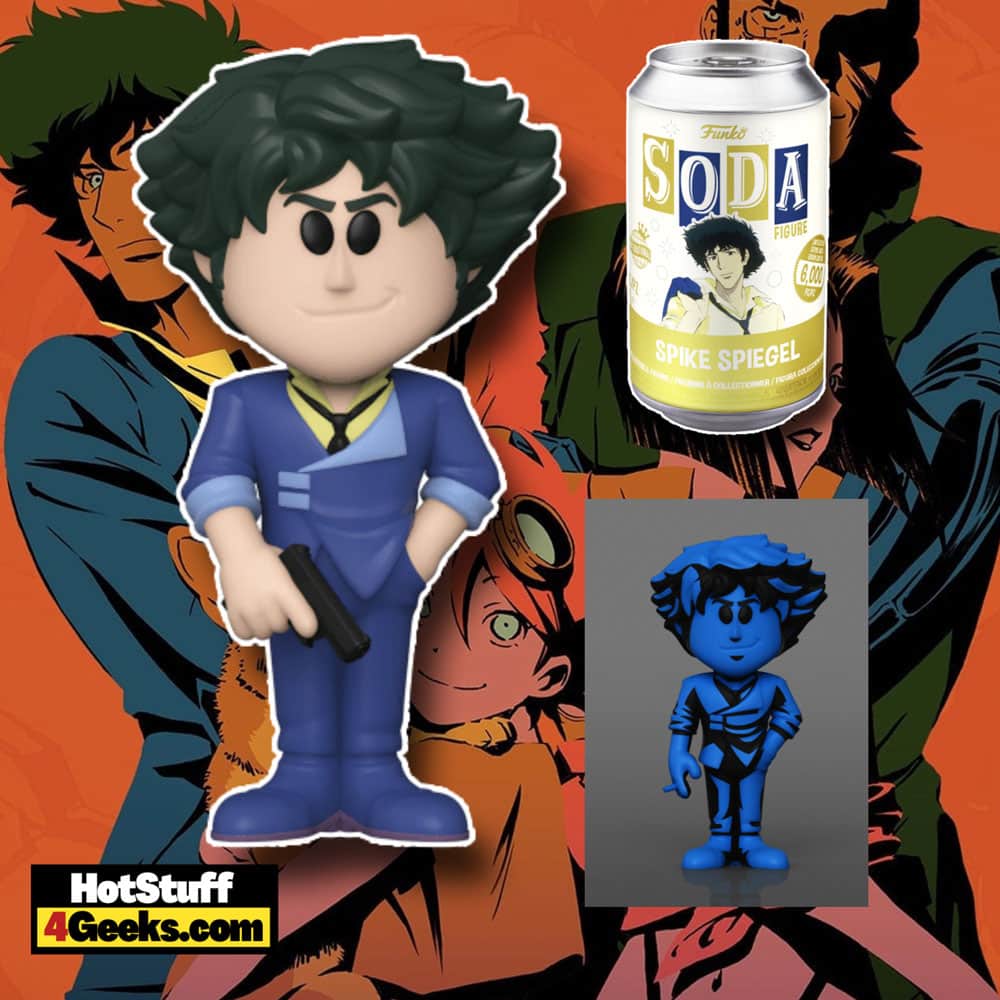 “Cowboy Bebop” has been hailed as one of the most outstanding animated television series of all time. The sci-fi and neo-noir anime was created and animated by Sunrise studio, led by a production team of director Shinichirō Watanabe.

The series aired between April and June 1998, featuring 26 episodes. While one of the positives of the anime is incorporating a wide variety of genres, we can highlight the themes of science fiction, western, and noir. The most prominent topics included existential boredom, loneliness, and the inability to escape the past.

The saga also had the right to two video games for the Playstation, “Cowboy Bebop” and “Cowboy Bebop: Tsuioku no Serenade,” released in 1998 and 2005.

In 2001 the movie “Cowboy Bebop: Knockin’ On Heaven’s Door,” taking place between episodes 22 and 23 of the original series, was released in Japan.

The live-action adaptation for Netflix was developed by Christopher Yost, with André Nemec serving as showrunner.

The first season of the series, with 10 episodes, was released on November 19, 2021, on Netflix. Although it was well-watched upon release, the drastic drop in viewership led to the series’ cancellation in early December. The response to the series was described as “mixed” or even “negative.”