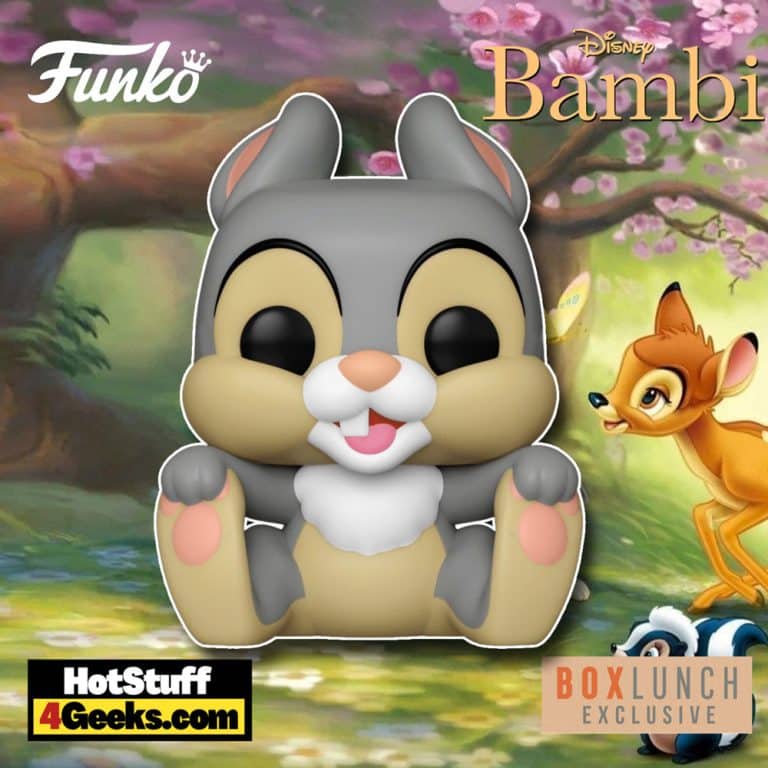 This pop will be released today. Find it below (click to jump!)

From the Thumperian principle of “if you can’t say something nice, don’t say nothing at all” to the idea that you should keep an open and accepting mind, this pop figure is just the thing to remind you of each universal message.

Thumper is the comical and lovable character from the 1942 Disney movie Bambi. He is a small, grey rabbit with big ears and a glimpse of mischief in his eye.

Thumper first appears in the film when he meets Bambi, an eager young deer who has just arrived in the forest. Thumper quickly takes Bambi under his wing, teaching him all about life in the woods.

From how to find food in the winter to the danger of hunters, Thumper imparts valuable lessons to his new friend. Although he can be mischievous at times, Thumper always means well, ultimately becoming one of Bambi’s closest confidants.

Thumper grows from a curious youngster into a wise old rabbit throughout the film, but he never loses his playful spirit.

Thanks to his lovable personality and sage advice, Thumper remains one of the most memorable characters in Disney history.

The BoxLunch exclusive, Thumper Funko Pop! from Disney Classics, can be found at the links below (click to jump!) 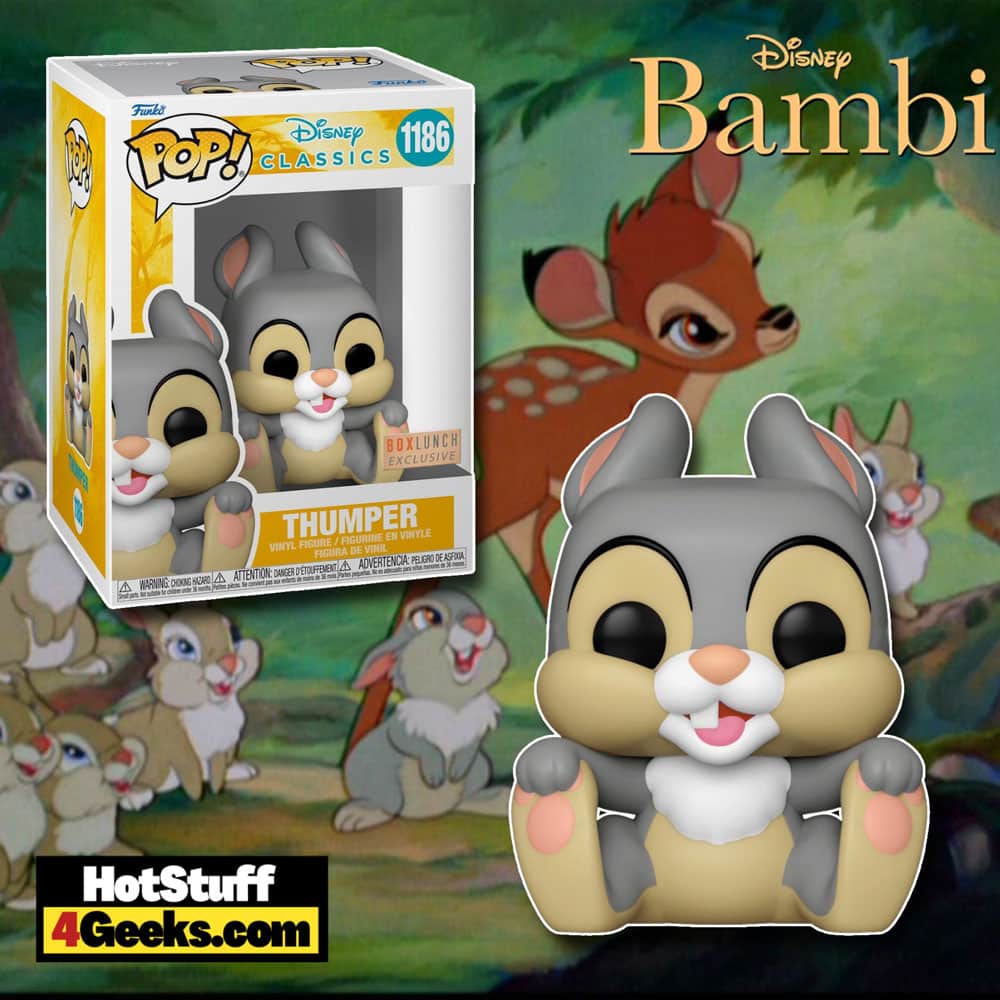 Bambi is a 1942 American animated film produced by Walt Disney. The movie follows Bambi, a young deer who lives in the forest with his mother.

When a hunter kills his mother, Bambi is forced to fend for himself. He makes friends with other animals in the forest, including a rabbit named Thumper and a skunk named Flower.

Together, they learn the ways of the forest and how to survive. Then, when winter comes, Bambi must find food for himself and his friends.

One day, he meets a doe named Faline, and they fall in love. But when hunters come to the forest, Bambi must use everything he has learned to protect his home and the ones he loves.