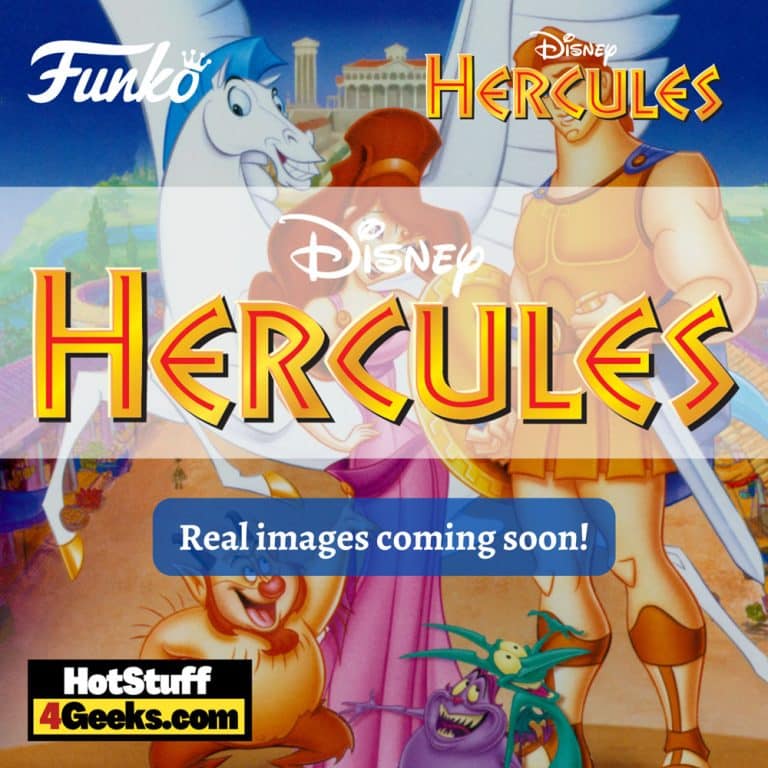 The 1997 film Hercules turns 25, and what better way to celebrate the first Disney-made animation featuring characters from Greek mythology, than to fill the house with the best Hercules 25th Anniversary Funko Pops (2022)!

Released in 1997, the Hercules film puts a modern Disney spin on the legendary hero Heracles (known in the film by his Roman name, Hercules), the son of Zeus, in Greek mythology.

The film tells the story of Hercules, the son of Zeus and Hera. As a young boy, he falls victim to the evil of the god Hades, who gives Hercules a portion that almost wipes out his divinity entirely.

Hercules wants to set the story straight as he becomes aware of the blow he has suffered during his youth. Along the way, of course, love strikes in Hercules’ life and changes everything. The film took 5 years to complete and was received very positively by the critics.

The Hercules 25th Anniversary Funko Pop Vinyl Figures are an unconfirmed release. It is only official when or if Funko announces it. I’ll update more information in the long run.

A long time ago, in ancient Greece, a new god was born on Olympus, the son of Zeus and Hera. His name is Hercules. At the celebration party, all the gods are invited except Hades, the god of the Underworld.

Considered the family’s black sheep and with a diabolical plan to usurp Olympus, Hades orders his henchmen to kidnap Hercules and bring him to Earth to turn him human and kill him.

But before the transformation takes place, the baby is rescued by a peasant, who takes him into his home, leaving him with only one divine power left: his immeasurable strength.

Hercules grows up knowing that he is different from the other boys, until one day, his adoptive parents tell him that he was carrying the symbol of Olympus with him when they found him.

Hercules then decides to go to the temple of Zeus to find answers about his existence, and there he discovers that to regain his divinity, he must prove his worth.

He turns to retired trainer Phil to transform himself into the most powerful human being.

However, Hades discovers that he is still alive and sends all sorts of adversaries to fight him, including the beautiful Meg.

On this journey, Hercules will experience love and disappointment. But above all, learn that a person’s worth is not measured by the strength of his muscles but by the power of his heart.