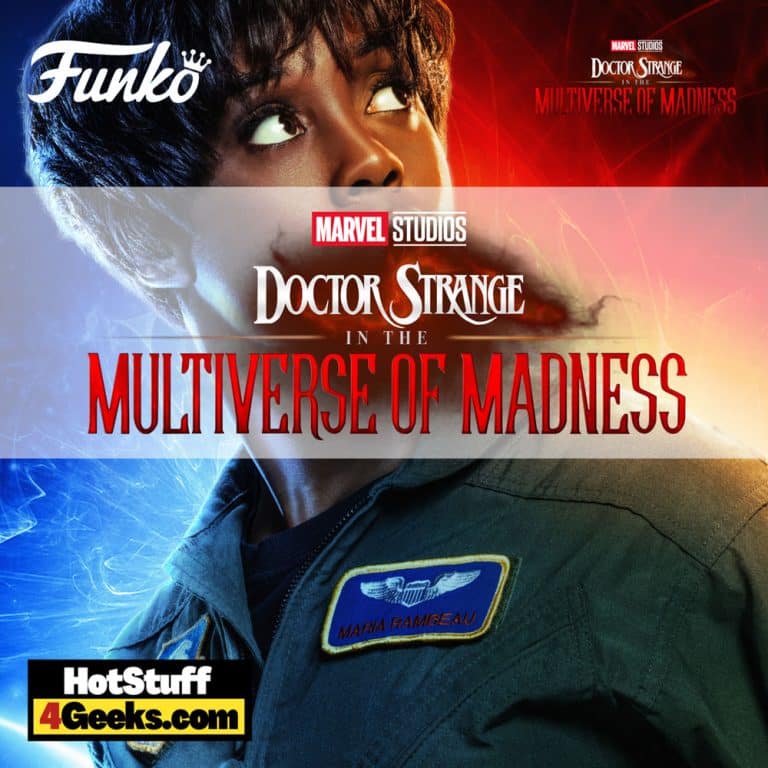 Captain Marvel in Doctor Strange in the Multiverse of Madness makes an appearance as a prominent member of the Illuminati, but she’s not Brie Larson’s Carol Danvers. In fact, she’s not Carol Danvers at all.

Captain Marvel in Doctor Strange 2 is Earth-838’s Maria Rambeau variant, played by Lashana Lynch. She is a member of the Illuminati, the superhero group overseeing key decisions in this universe.

In the comics, Monica was the second person to adopt the nickname Captain Marvel long before Carol Danvers took over the post. Thus, the MCU decided to do justice to the Rambeau family and placed the matriarch as the heroine of this reality.

Captain Marvel Funko Pop! from The Doctor Strange in the Multiverse of Madness movie is an unconfirmed release. It is only official when or if Funko announces it. I’ll update more information in the long run.

Lashana Lynch, who plays Captain Marvel in Doctor Strange in the Madness Multiverse as a member of the Illuminati, is already a well-known face in the Marvel Cinematic Universe. She’s Maria Rambeau from Captain Marvel‘s 2019 film.

Maria Rambeau first appeared in the MCU as Carol Danvers’ (Brie Larson) best friend on Earth during the 1990s. The two were military pilots, always flying side by side on their missions before the protagonist gained superpowers, lost her memory, and left the planet to protect the universe.

The WandaVision series confirmed that the version we know of Mary, which belongs to Earth 616, where most Marvel productions are set, died after founding SWORD during the period when half of the creatures in the universe disappeared with the Thanos snap.

In addition, the character of Lashana has yet another important connection to the story of the Scarlet Witch.

In the series focused on Wanda Maximoff (Elizabeth Olsen) and Vision (Paul Bettany), we revisit Monica Rambeau (Teyonah Parris), Mary’s daughter. Monica followed in her mother’s footsteps as a member of SWORD and faced Wanda to help free the residents of Westview from HEX.

At the end of the episodes, Monica gains superpowers and is summoned by the Skrulls for a mission into space. Apparently, the character will appear in the upcoming The Marvels, the second Captain Marvel movie.

You can find more Doctor Strange in the MOM here.