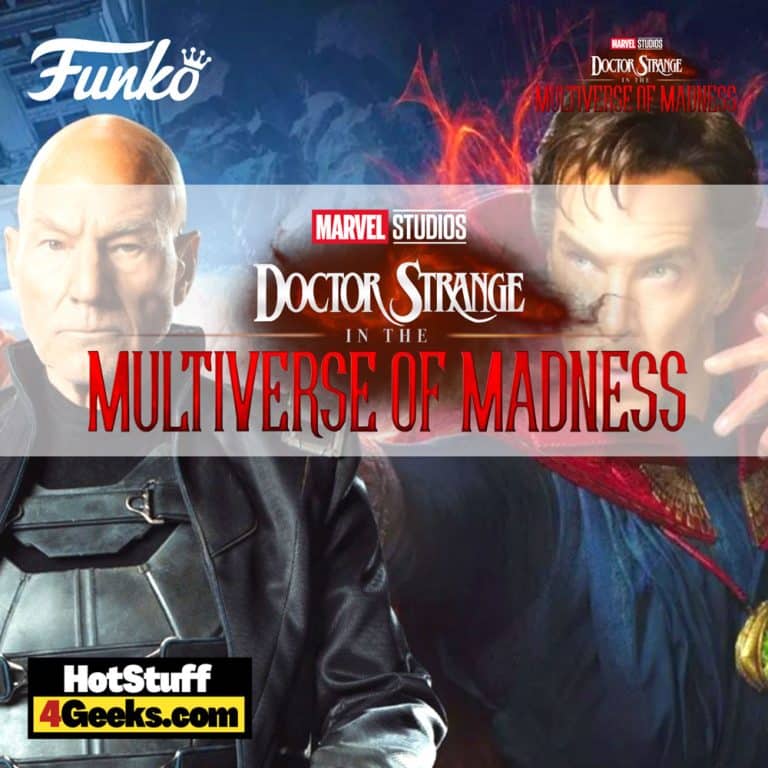 Sir Patrick Stewart marked his presence at the Doctor Strange in the Madness Multiverse premiere, obliterating any doubt about his return to the role of Marvel’s Professor X, Charles Xavier.

When Patrick Stewart’s Charles Xavier appears on screen, we get a real sense of nostalgia, as there are many references to X-Men: The Animated Series. This classic 90s animation made the group famous in pop culture.

Professor X is not only the beloved and influential leader of the X-Men, but he is also one of the essential characters in the Marvel universe and made his MCU debut in “Doctor Strange 2” as part of the Illuminati group.

Professor Charles Xavier Funko Pop! from The Doctor Strange in the Multiverse of Madness movie is an unconfirmed release. It is only official when or if Funko announces it. I’ll update more information in the long run.

For starters, Charles’ chair is yellow and floating, just like in the cartoon. Then, we can hear a brief ring tone reminiscent of the animation’s theme song – however, the credits reveal that it is the theme song from X-Men ’97, the series that will follow the story of the classic animation and should be released next year on Disney+.

The founder and leader of the group known as the X-Men, Charles Xavier, is one of the so-called mutants who have a mutation in the X-Gene and therefore gain superpowers. A great spokesman for peaceful coexistence between humans and mutants, Xavier owns a brilliant mind, his primary weapon and the source of his superpowers.

In the Marvel Cinematic Universe, Professor Xavier is played by Patrick Stewart, who returns to the character after the original trilogy of X-Men films.

In the comics, Professor Xavier made his debut in 1963 in Uncanny X-Men #1 and is the creation of the powerful duo responsible for the vast majority of Marvel’s heroes: Stan Lee and Jack Kirby.

Charles Xavier is described as the most powerful mutant ever lived and is one of the few mutants in the Alpha category, one of the most important in the Marvel universe.

Charles Xavier’s main superpower is Telepathy, which first came to him at the age of 10, a power so strong that even as a child, it affected his head, leaving him bald. His telepathic powers are so intense that Xavier can communicate with someone or read people’s minds up to 400 km away.

With telepathy, Xavier can create illusions, which can either deceive his enemies or serve as a holographic presentation for his students at the Xavier School for Gifted Students.

He can also control, possess, modify, and even erase other people’s minds and create telepathic links with allies.

Professor Xavier had dedicated himself to a life of study and lost the movement of his legs after confronting the alien Lucifer in the Himalayas, when the alien ended up throwing a rock at Xavier, thus leaving him in a wheelchair.

Another highlight of Professor Xavier’s powers is the machine invented by himself. Cerebro amplifies Xavier’s telepathic powers further, allowing him to find other mutants even on the other side of the planet.

Even with his peaceful nature, Charles Xavier has enemies, and the main one is Magneto. The two mutants live a kind of “love and hate” relationship because they have different ideologies about the coexistence between humans and mutants. While Xavier wants peaceful coexistence, Magneto advocates the domination of mutants.

The X-Men films explored the relationship of “friendship and enmity” between Xavier and Magneto. In the comics, it has led to epic clashes and powerful alliances.

You can find more Doctor Strange in the MOM here.