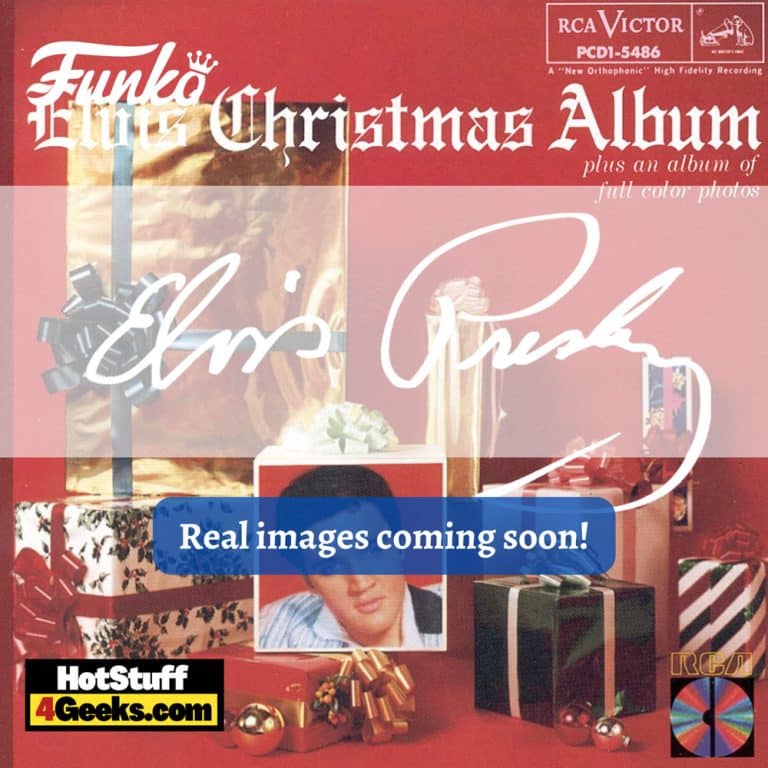 That family member you have that’s crazy for the King? They’re going to flip when they unwrap this epic new Funko Pop! Albums: Elvis’ Christmas Funko Pop! Album Vinyl Figure.

Elvis’ Christmas Album was released over 65 years ago, but it is still one of the most popular all-time Holiday albums. In fact, the album – which was Elvis Presley’s third studio effort – that sold at least 15 million copies worldwide, is the first Elvis album to achieve Diamond certification and is also the best-selling Christmas album ever.

Elvis’ Christmas album was released in 1957. It features The King’s approach to classics such as ‘Silent Night,’ ‘I’ll Be Home for Christmas, ‘ and ‘White Christmas.’ It also includes the original song ‘Santa Claus is Back in Town’ and Presley’s now-iconic version of ‘Blue Christmas.’

Elvis’ Christmas Funko Pop! Albums Figure is an unconfirmed release. It is only official when or if Funko announces it. I’ll update more information in the long run.

Elvis Aaron Presley was born on January 8, 1935, in Tupelo, rural Mississippi. With him was born a twin brother, but already lifeless. The only son of Vernon and Gladys Presley, he was 13 when they moved to Memphis (Tennessee), but the music was already running through his veins by then.

In his youth, he absorbed the influences of blues, country, and gospel, musical genres he grew up within the religious community and on Memphis’ Beale Street, the street he used to go to as a teenager.

Elvis Presley began his recording career in 1954 on the legendary Sun Records, and only two years later, he was already an international star. Besides music, he appeared in 33 movies and starred in dozens of musical performances that made television history.

Elvis sold a billion records and won several awards, including three Grammys (out of 14 nominations). Still, fame did not take away his humility: in 1958, he interrupted his career answering the call of the American army.

Known as the white man who sang the blues, Elvis was the most popular and certainly one of the first artists to merge the gospel genre with what would become Rock & roll, of which he became King.

In fact, one of Elvis Presley’s most significant assets was the ability to bring together all the influences he grew up with. Maybe this is what gives Rock the strength and popularity it still has.