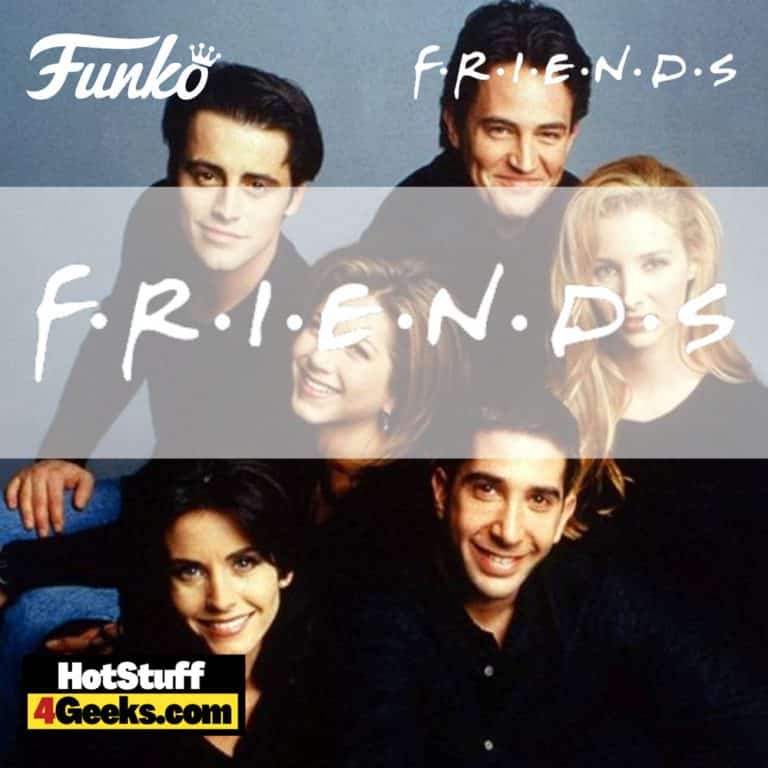 Throughout ten seasons, the television show Friends captured viewers’ hearts all over the world. The show’s brilliant writing, lovable characters, and relatable situations contributed to its widespread appeal.

It is nice that Funko is keeping the show alive with new pops coming this year. If you’re a fan of the iconic ’90s sitcom Friends, you’ll be excited to hear that Funko is releasing wave 4 of Friends-themed pop vinyl figures.

Whether you’re a diehard Ross fan or you’re more of a Monica supporter, there’s sure to be a figure for everyone:

From the outset, the show was praised for its sharp writing and clever humor. Over the years, the cast has earned numerous awards, including an Emmy and a Golden Globe.

While the characters face various severe challenges throughout the series, the show primarily focuses on the light-hearted moments and comedic situations that arise from their everyday lives.

Whether it’s Ross’s disastrous relationships, Chandler’s dry wit, Joey’s antics, or Phoebe’s quirkiness, there is no shortage of laughs to be had.

In addition, the intense chemistry between the cast members helps to create a sense of warmth and camaraderie that is often lacking in other sitcoms.

Perhaps one of the most appealing aspects of Friends was its depiction of friendship. The six main characters were always there for each other, whether through good times or bad.

They supported each other through relationships, career changes, and family drama. Viewers could see themselves in the characters, and they appreciated the show’s depiction of genuine friendship.

In a world where everyone is constantly connected but often feels alone, Friends provide a much-needed sense of community.

It’s no wonder that Friends has remained one of the most popular sitcoms of all time, even 25 years after it first aired. If you’ve never seen the show, I highly recommend checking it out. You’ll be hooked in no time!