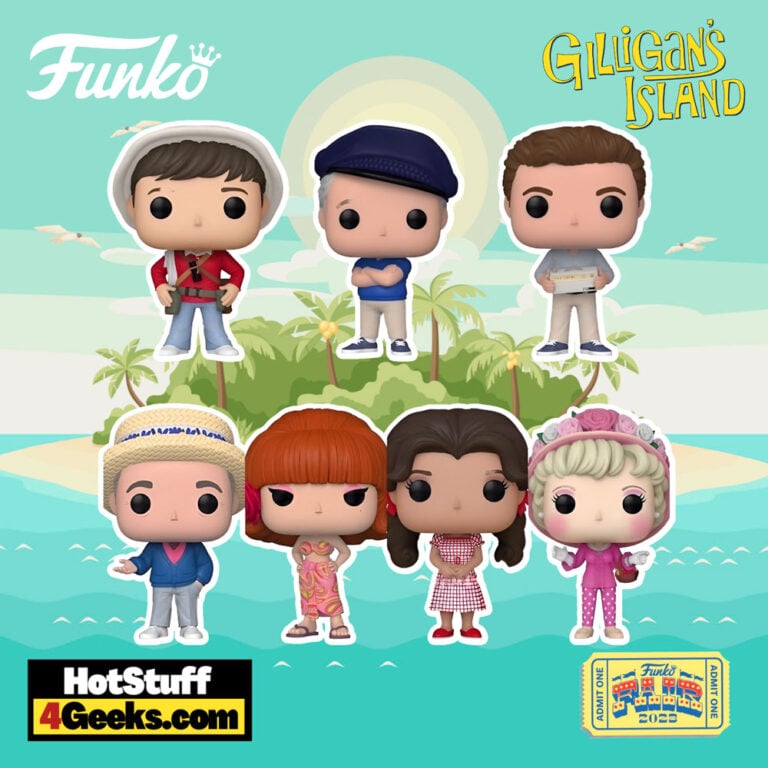 If you’re a fan of classic sitcoms, there’s no better toy to show your love than the new Gilligan’s Island Funko Pop! Vinyl Figures (Funko Fair 2023).

Who knew a three-hour tour could take so long? The pop figures are now available for pre-order at the links below – click to jump or scroll to continue reading!

It’s been 59 years since the crew of the S.S. Minnow first made their fateful voyage, and life on Gilligan’s Island still hasn’t returned to normal.

But there is a way for film and T.V. fans to enliven island life – with Funko Pop! figures of beloved characters like the Professor, Mary Ann, and of course, Gilligan himself.

Make your own lovable band of misfits with these unique collectibles and set sail for adventure with your own personal castaways.

Of course, no stylish Funko Pop! collection would be complete without an adorable Skipper figure as well – hopefully, he can keep this motley crew in line!

Gilligan’s Island Funko Pops! (Funko Fair 2023) is now available for pre-order at the links below (click to jump!) 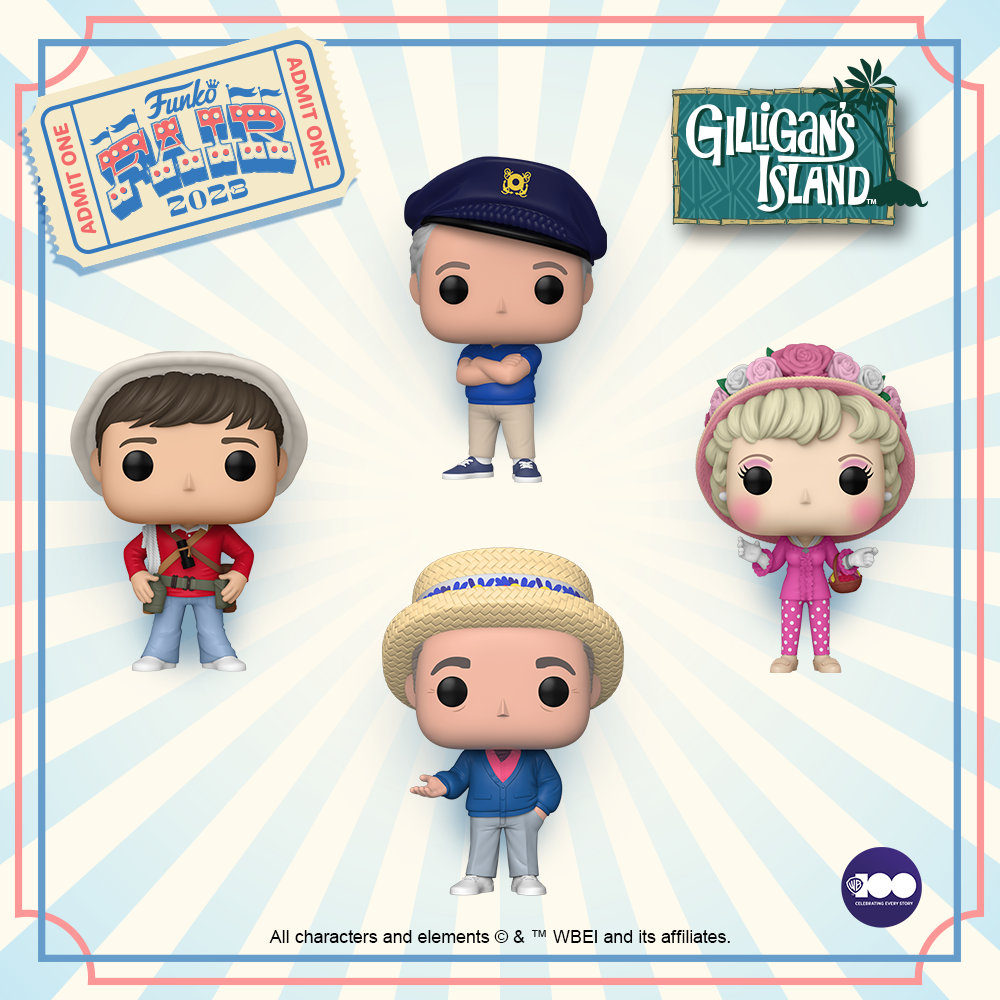 Gilligan’s Island is an American television sitcom that initially aired on CBS from 1964 to 1967.

The show follows the comedic adventures of seven castaways stranded on an uninhabited tropical island after their boat, the S.S. Minnow, capsizes during a three-hour tour. 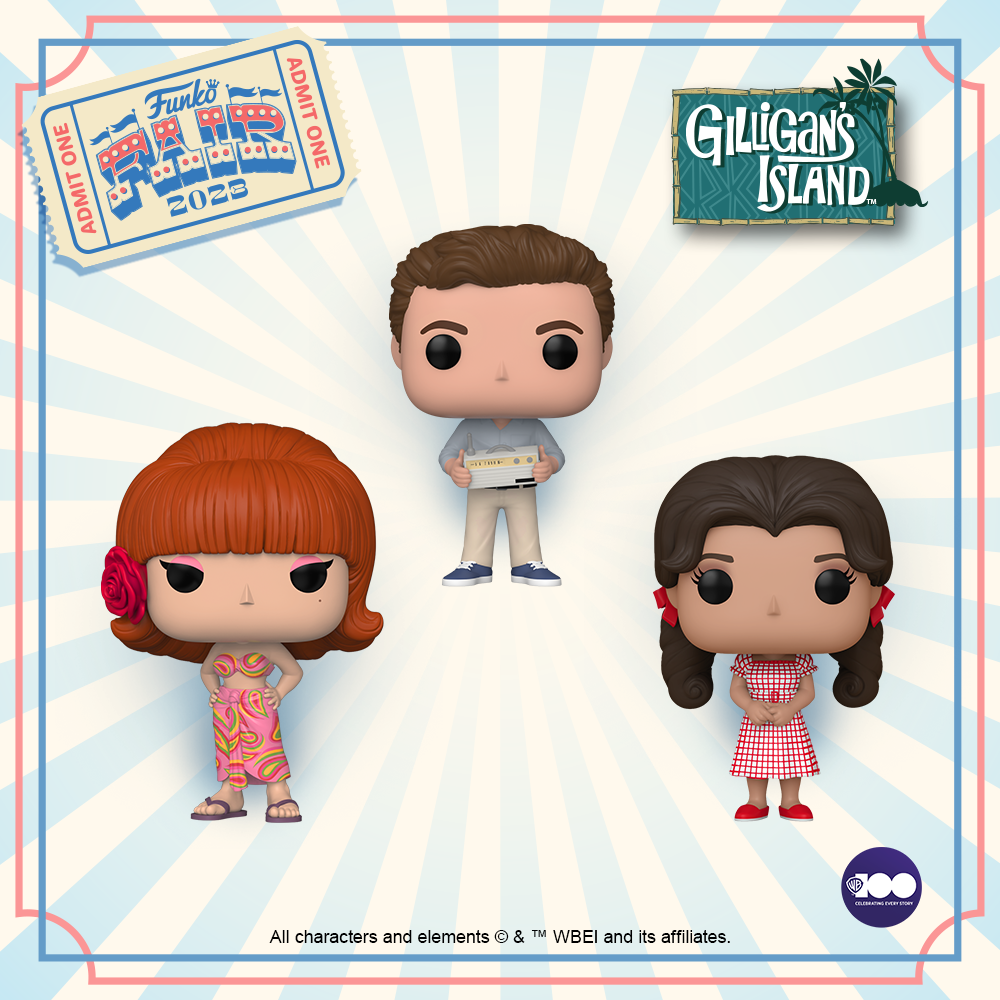 With three-hour tours and inadvertently shipwrecked on an uncharted, faraway island, Gilligan’s Island had all the fixing for a never-ending reality show.

The characters included the Skipper and his loyal sidekick, a professor blessed with seemingly limitless scientific knowledge but cursed with lack of common sense, a wealthy “movie star couple,” and two other castaways simply trying to get off the Island anyway they could.

An almost comical amount of antics followed, with every episode designed to find a new way to get them off the Island and each attempt obviously falling short.

It seemed no matter what they did, they could never escape their own slice of paradise, though if you ask me, it isn’t a wrong place to be stuck!

Despite its cancellation after three seasons, the show has become a cult classic and syndicated in many countries worldwide.