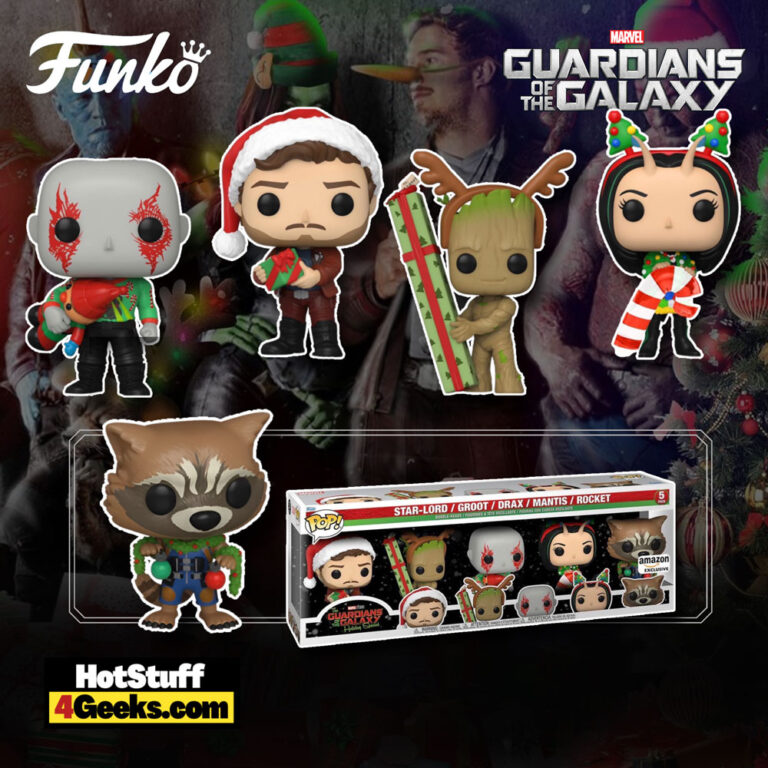 Who needs a Christmas tree when you’ve got Groot? Not me! The new Guardians of the Galaxy Holiday Special Funko Pops (2022) features some of the most super charming Funko pop figures this year.

Funko did a great job turning our favorite GotG characters into adorable Christmas decorations, making them the perfect holiday gift! The pop figures are now available for pre-order at the links below – click to jump or scroll to continue reading!

These are certainly an easy way to give your collection a nice holiday twist for the season. Here are the Guardians of the Galaxy Holiday Special Funko Pop list:

Each figure uniquely designs features the character in a festive holiday setting.

Guardians of the Galaxy Holiday Special Funko Pop Figures are now available for pre-order at the links below (click to jump!) They’re expected to be released in October 2022 (just in time for Christmas!) 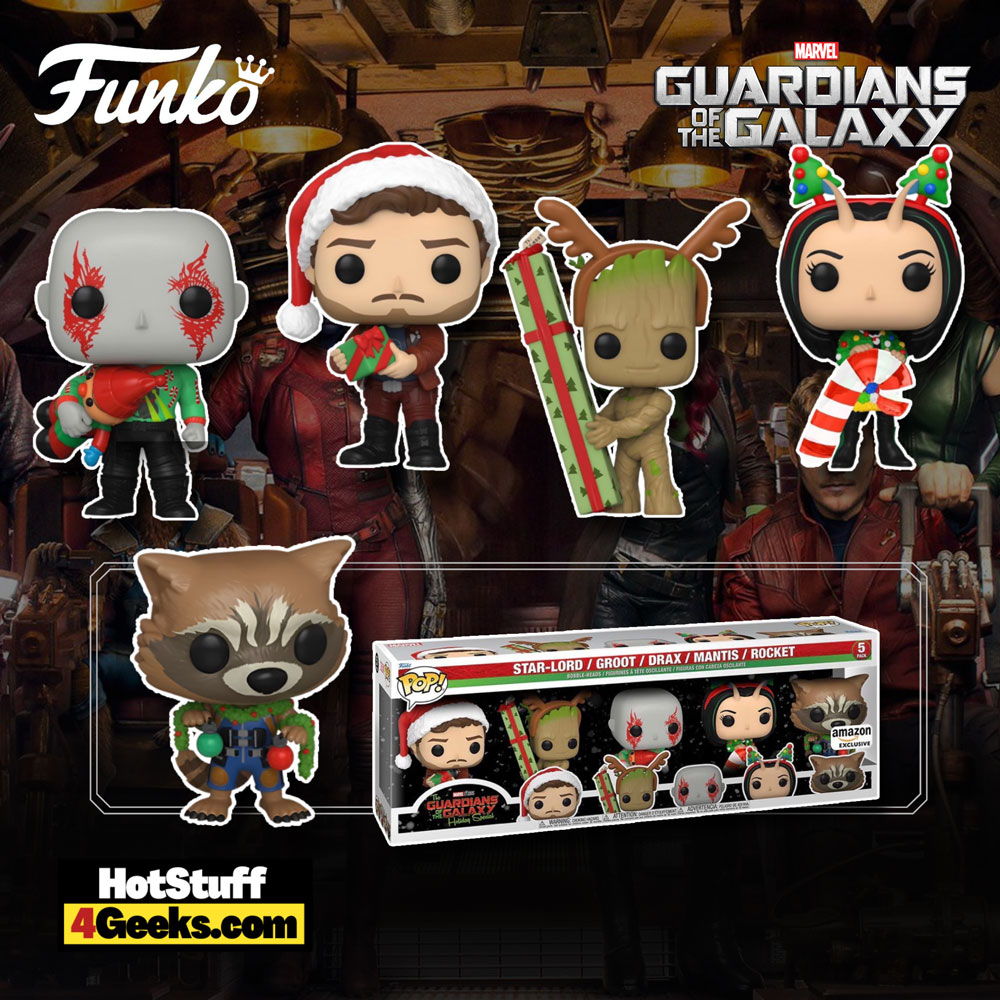 The film should have been released but has suffered some unexpected delays. However, before the release of Guardians of the Galaxy Vol. 3, fans will be able to get a taste of their space heroes in another production.

James Gunn is already developing the Guardians of the Galaxy Holiday Special, the first Marvel special dedicated to a specific holiday.

When the holiday special was announced in 2020 during Disney’s Investor Day, numerous theories began to arise, mainly about which members of the Avengers would be present in the production.

Fortunately, we won’t have to wait until December 2022 to find out. After all, Marvel Studios has already confirmed which actors will return and who will be left out.

According to Marvel, of the original members of the film, only Groot (Vin Diesel) and Rocket Raccoon (Bradley Cooper) will not be returning.

While the text does not categorically state that they are out, their absence among the confirmed names draws attention.

Dave Bautista will be seen for the penultimate time as Drax, as the actor has already assured that the third film will mark the end of the Guardians franchise for him.

We don’t know if the Christmas special will have its plot involved in the history of the Marvel Cinematic Universe. Still, in recent interviews, James Gunn has commented that in December 2022, some secrets will be revealed.