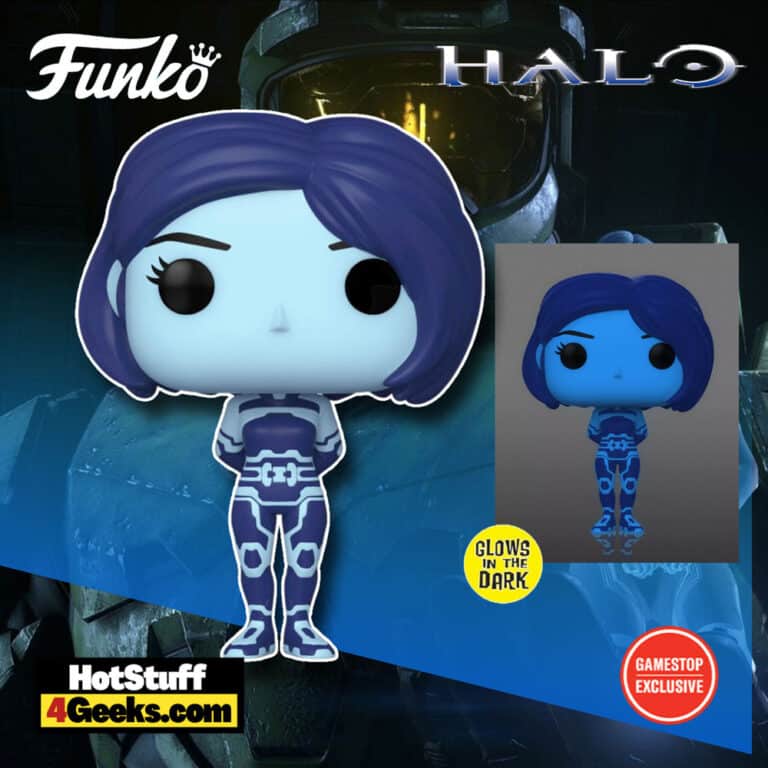 This exclusive collectible even glows blue in the dark!

The Weapon is a direct copy of Cortana with a few modifications and was designed and created by Dr. Catherine Halsey with one intention: to infiltrate the Zeta Halo systems and capture Cortana to stop the AI rebellion.

In Halo 5, Cortana became a threat when she planned to use the Guardians to achieve imperial peace.

The Weapon was intended to auto-delete after fulfilling her purpose. But when Cortana got trapped,  she realized her mistakes.

So, wishing now to assist the Master Chief in saving humanity once again, Cortana stopped The Weapon’s deletion program from happening.

The Weapon GITD Funko Pop! from Halo Infinite video game is now available for pre-order at the links below (click to jump!) 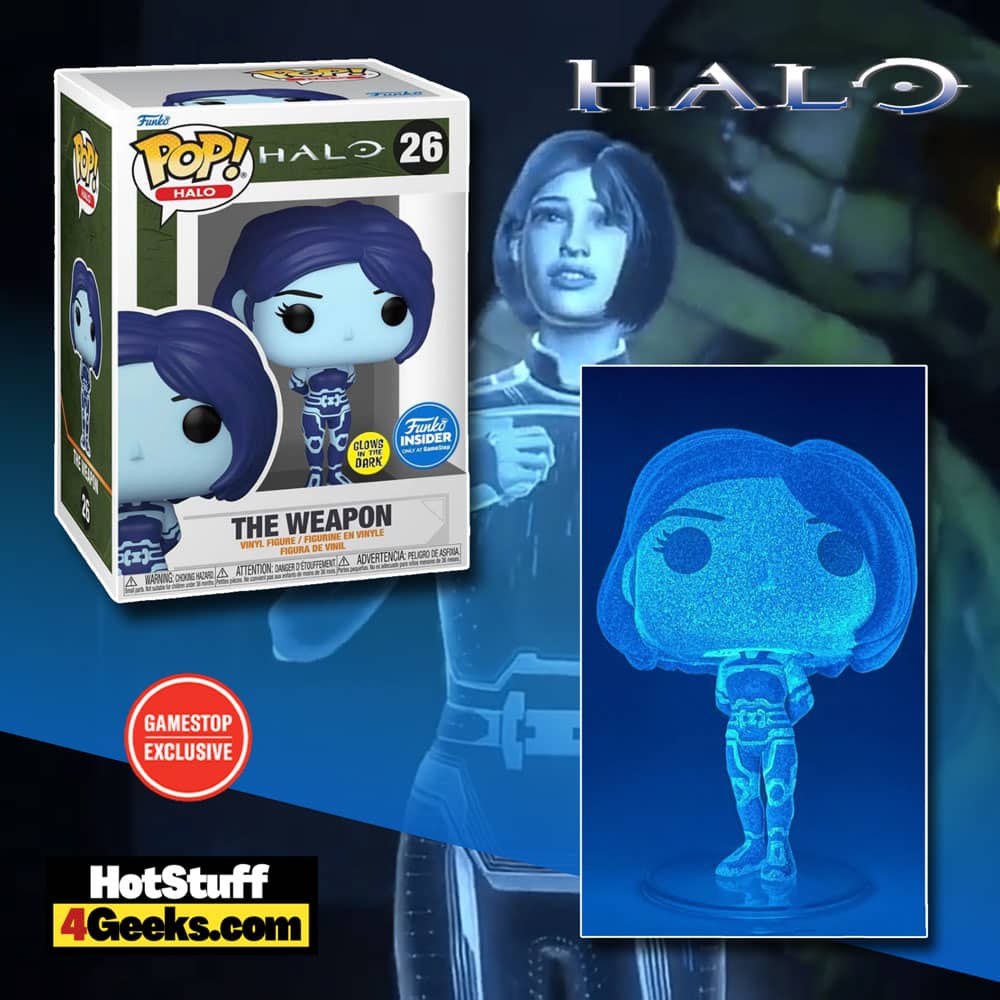 Halo is a video game franchise created by Bungie and owned by Microsoft Studios.

The series centers on an interstellar war between humanity and an advanced alien civilization known as the Covenant.

Halo games are some of the most popular shooter games ever made, and they have been praised for their immersive storytelling, stylish graphics, and intricate multiplayer mode. 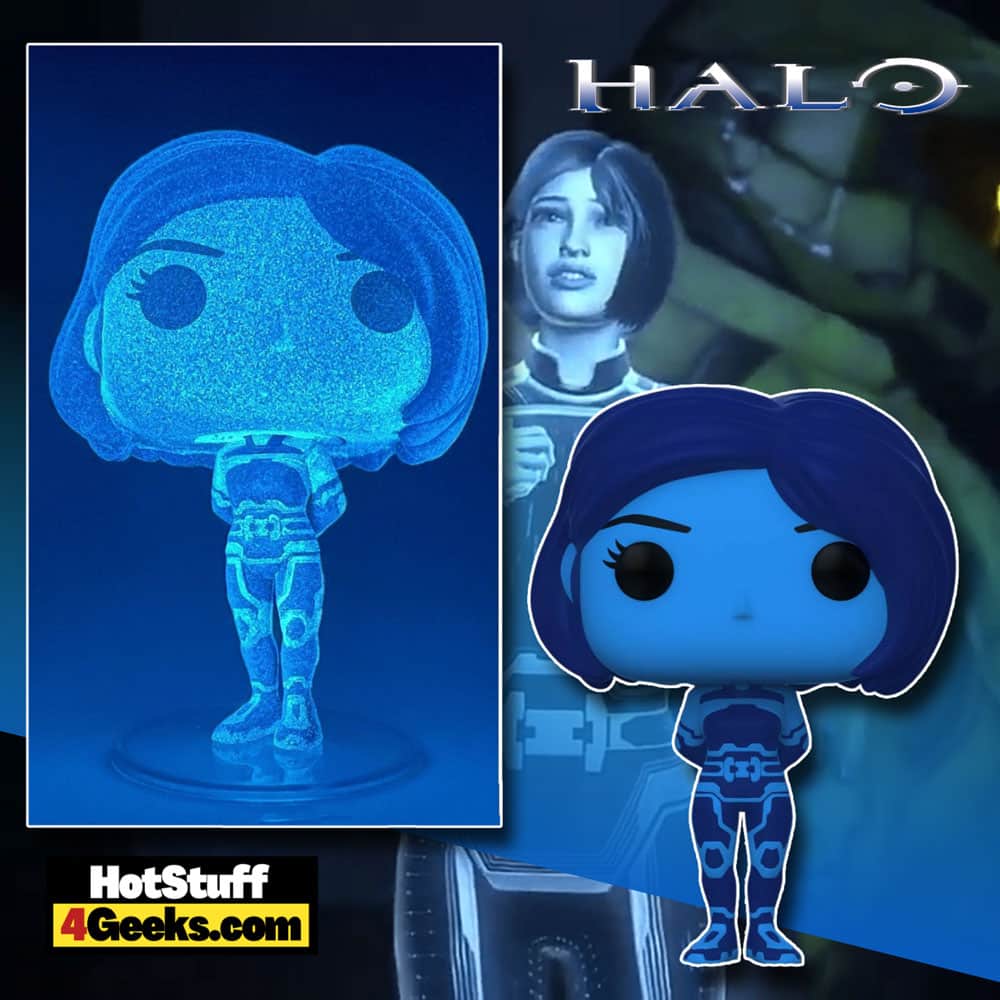 The original Halo: Combat Evolved was released in 2001, and it has since spawned numerous sequels and spin-offs.

The most recent entry in the series, Halo: Infinite, was released in 2021.

Halo’s popularity has led to the creation of a wide range of merchandise, including books, comics, films, and toys.

Halo is one of the most successful video game franchises of all time and has won numerous awards.