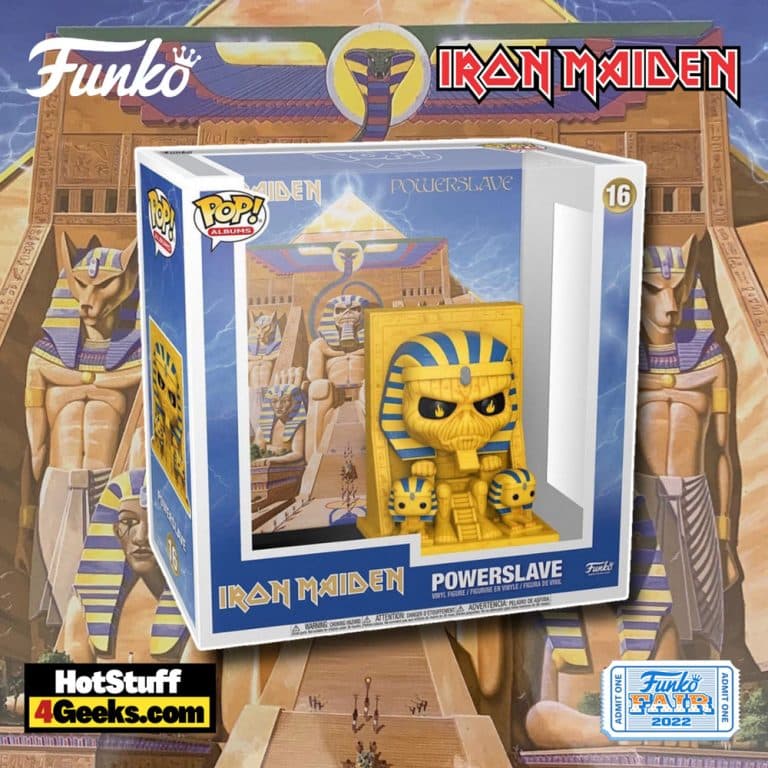 Iron Maiden’s “Powerslave” (1984), the band’s fifth studio record, is cited by fans as the most important album from the British group’s long career.

Adorned with Egyptian themes and a beautiful cover created by artist Derek Riggs, the album was, both lyrically and musically, an ambitious and essential step for the group to continue the upward flow they had experienced through the first half of the 1980s.

Iron Maiden – Powerslave Funko Pop! Album is now available for pre-order at the links below (click to jump!) 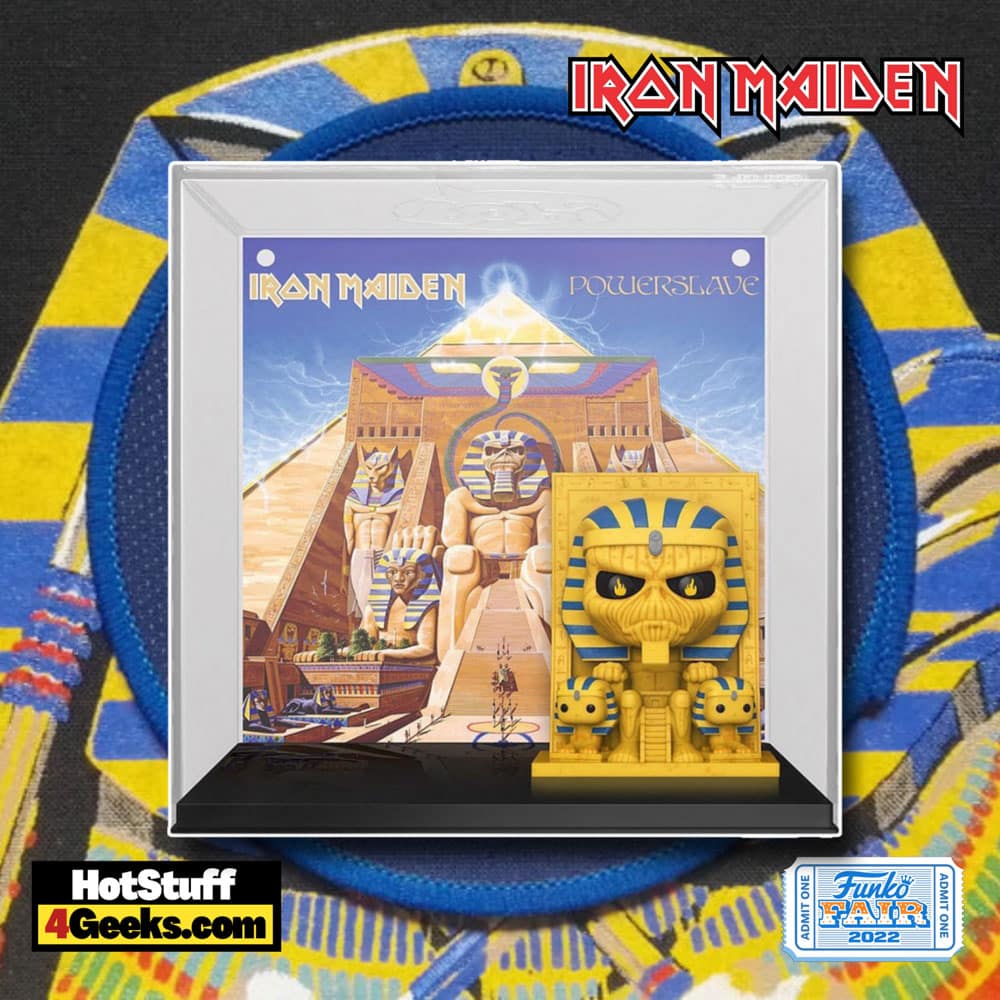 “Powerslave” has surpassed all past albums. The inspiration overflows in all levels: riffs, solos, melodies, bass lines, drums, vocals, and especially the lyrics, which have a more epic theme and deal with wars, battles, pharaohs stories, and so on.

The opening track “Aces High,” an undisputed classic of Maiden’s career, is highlighted by the powerful guitars and one of the best performances of Bruce Dickinson’s career.

“2 Minutes To Midnight” has an incredible range of riffs, plus a sensational chorus and a lot of dynamism, especially in the part where the pace drops a bit in the middle of the song.

Both initial tracks from “Powerslave” were released as singles. 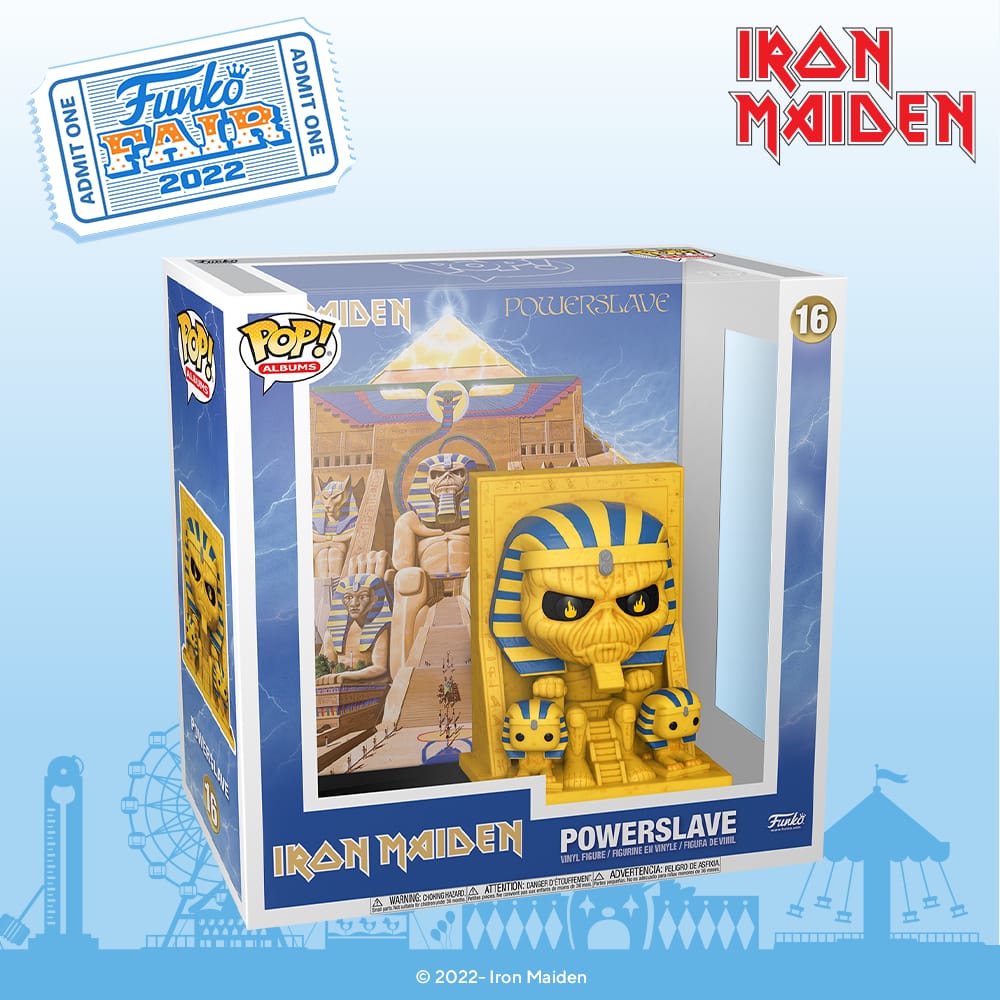 The instrumental “Losfer Words (Big ‘Orra)” follows a typical Egyptian mood. Next up is a breathtaking bite. The surgical precision of the duo Adrian Smith and Dave Murray is remarkable in the track “Flash Of The Blade.” Bruce Dickinson is all about the choruses.

The heavy “The Duellists” has Nicko McBrain’s drums as a highlight. In the sequence, “Back In The Village” connects directly to”The Prisoner” from “The Number Of The Beast” album.

The length of the songs increases towards the end. The title track is an undisputed seven-minute classic composed by Bruce Dickinson.

The singer’s slightly somber vocals give the ideal interpretation to the lyrics, which tell about a pharaoh who comes to feel like a god after the death of his father but at the same time is a hostage to his own power. In addition, the melodic construction and instrumental performance are genii.

The epic “The Rime Of The Ancient Mariner,” undeniably a fan favorite – captivates any heavy metal fan even with its more than 13 minutes long. The song has countless rhythmic variations, elaborate instrumentation, enviable lyrical composition—a blast of fire.

“Powerslave” is one of the most influential works in heavy metal, without a doubt.