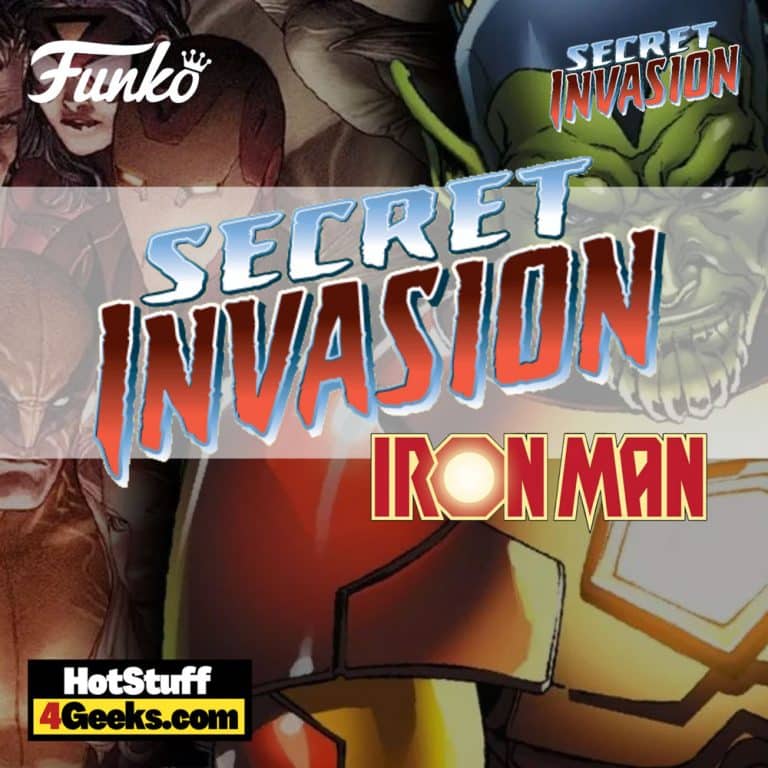 Although he retains some of Stark’s memories, the Iron Skull is little more than a mindless creature driven by an instinct to kill.

The Skrulls are a race of shapeshifting aliens who first appeared in the Silver Age of Comics. In their first appearance, they were portrayed as villains who used their shape-shifting abilities to impersonate Marvel superheroes.

The Skrulls have since appeared in various Marvel titles, and they have been both allies and enemies of Earth’s heroes. In recent years, the Skrulls have played a significant role in the crossover event Secret Invasion, in which they launched a massive invasion of Earth.

The events of the Secret Invasion had far-reaching consequences for the Marvel Universe.

Iron Man Skrull Funko Pop! Comic Cover is an unconfirmed release. It is only official when or if Funko announces it. I’ll update more information in the long run.

In Marvel’s Secret Invasion, the shape-shifting aliens known as the Skrulls launched a massive invasion of Earth. Disguised as some of the world’s greatest heroes, the Skrulls had been patiently waiting for years, gathering intelligence and biding their time.

Finally, they struck when the time was right, launching an all-out assault on humanity. The Earth’s heroes were caught off guard and quickly began to fall.

As the Skrulls continued their onslaught, it became clear that they would stop at nothing to achieve victory. As the Skrulls launched their full-scale invasion, the heroes of Earth were forced to band together to repel the invaders.

The story culminated in a massive battle in Central Park, where the Skrulls were finally defeated and driven back to their own world.

Although the cost was high, Earth’s heroes had triumphed. However, in the aftermath of the invasion, many heroes were left wondering who they could trust, and the Marvel Universe was changed forever.