Scattered throughout the Spider-Verse, there are many different versions of Spider-Man, each with its own peculiarity. But few are as curious as to the “Japanese-hero” version of the wall climber.

Back in the 1970s, the land of the rising sun produced a series taking the idea of the American hero and adapting it for their audience, just like the Power Rangers do today with their Super Sentai series. And the result was curious, to say the least.

There is no radioactive spider here. Instead, in the Japanese version, Spider-Man gains his powers when he comes into contact with a warrior from the planet Spidey, who in his last strength asks young Takuya to become a hero and stop an army of evil from doing to his world what it did to his.

Having received the alien blood, the hero gained his Spidey powers and began to use his new abilities and equipment in the fight against evil.

The PX Exclusive, Japanese TV Spider-Man Soda Figure is now available for order at the links below (click to jump!) It’s expected to be released in July 2022. 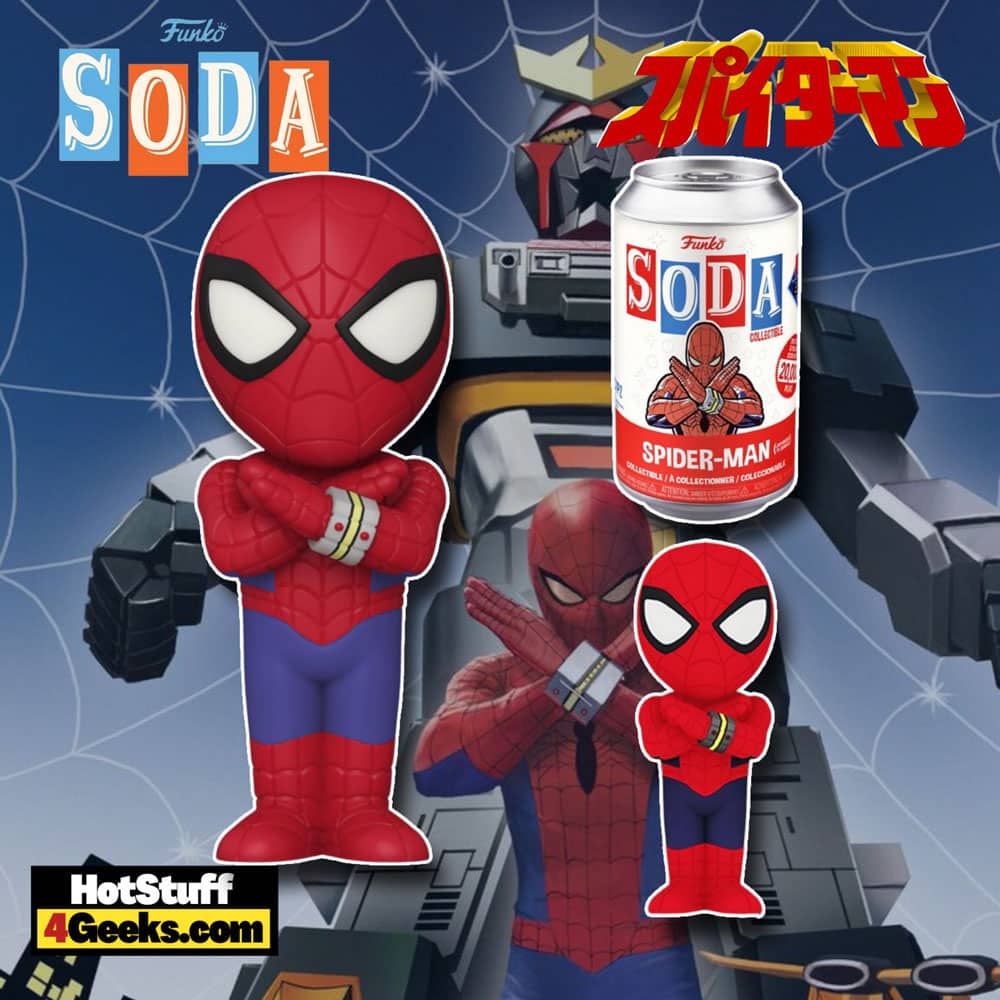 If you think that the series is all fun and games, think again: it is canon within the Marvel universe and even has its own Earth, Earth-51778.

Both Takuya Yamashiro and his companion, the robot Leopardon, appeared in the Spider-Verse saga, which brought together the various alternate versions of the hero against a common enemy in the comics.

Although some people didn’t like the liberties, the series took with the original story, both the Marvel staff at the time and Stan Lee loved the series.

Lee has even said in some interviews that he loved the series, praising especially the special effects, the fights, and the way the hero moved, which was exactly as he always imagined.

The original plan from both Toei Company (the famous Japanese producer) and Marvel was to portray the hero just as he was seen in the comics, but halfway through, new ideas came up, and things changed.

The toy company Bandai, which works with Toei to this day, thought that the series would profit more if Spider-Man were a hero who transformed and had a giant robot, which would certainly sell a lot more toys. It worked.