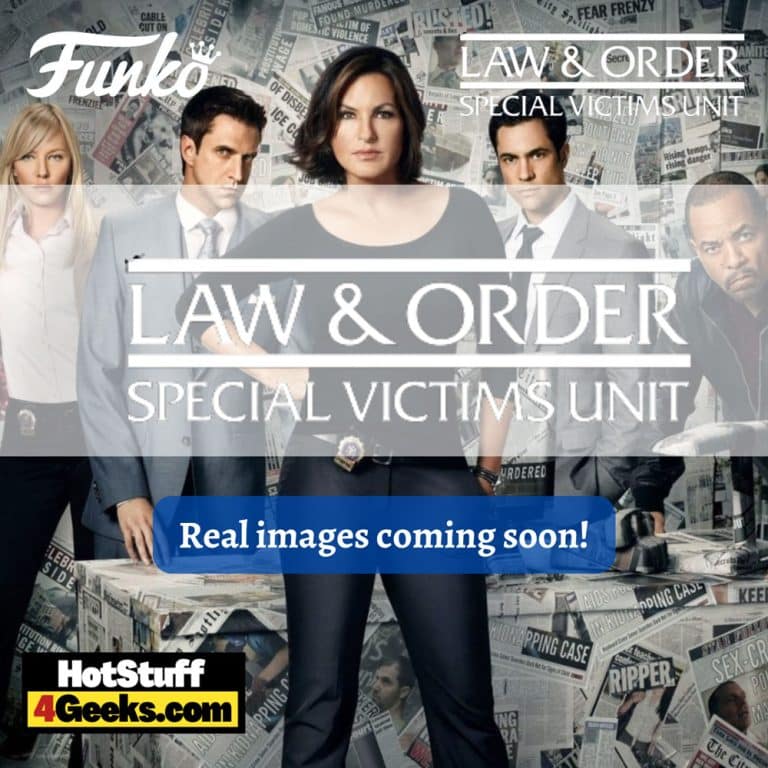 The most recognizable and iconic figures in television history are now immortalized in Pop form. Finally, Funko has heard us and delivered the first Law & Order SVU Funko Pops to all the fans’ joy.

Sergeant Olivia Benson is the acting commander of the SVU. She leads her team with empathy and professionalism while dealing with her own ghosts (a problematic past, being a rape victim herself, and a future as a mother), which directly influences how she relates to each victim seeking help.

Here are the already unveiled pops:

Law & Order: Special Victims Unit Funko Pop Figures are an unconfirmed release. It is only official when or if Funko announces it. I’ll update more information in the long run.

The series is a television darling, even with a strong theme – after all, SVU deals with sex crimes. Indeed, when it premiered in 1999, the public had no idea it would last this long.

But perhaps it is because it exposes such cases, showing the rottenness of society in committing such crimes, that it has achieved such constant success.

Moreover, it is often interesting to see how these cases unfold and the criminals’ punishment. Law & Order has become a voice of society and a kind of relief to show that such crimes are solved and punished (even if it is all just fiction).

Hargitay’s personal commitment to the issues addressed in SVU even led her to create and oversee the Joyful Heart Foundation. Such a foundation is dedicated to transforming society’s response to sexual violence by supporting survivors of these crimes and ending the violence.

Law & Order: SVU is the longest-running non-animated US primetime TV series since the cancellation of the original Law & Order in 2010. “SVU” began its 23rd season on September 23, 2021, airing its 500th episode about a month later.

Why is the show so popular with its devoted fans? Some actors say it’s the subject matter and the great storytelling. Survivors of sexual assault and police officers regularly approach the actors to thank them for portraying such an important subject.

Whatever the reason for its impressive success, hopefully, we will continue to see Detectives Benson, Tutuola, and the rest of the cast continuing to catch bad guys for years to come.