What if Thor was a frog? This has already happened in the Marvel comics and gave rise to Throg, an amphibian with the Asgard God of Thunder powers.

Not only that: the animal hero appears in the Loki series, proving that he also exists in the MCU.

The pop is dropping online today at 6 AM PT (Find the link below – click to jump!)

Loki is one of Marvel’s most important series and featured several variants, from other realities in the MCU, of the God of Mischief – as was the case with Sylvie Lushton, a female version of Loki.

But to everyone’s surprise, we not only encountered “other Lokis,” but also an alternate version of Thor, known in the Marvel comics and played by Chris Hemsworth. Of course, I am talking about Throg (Thunder Frog).

The Frog of Thunder (Throg) Funko Pop can be found at the links below (click to jump!) 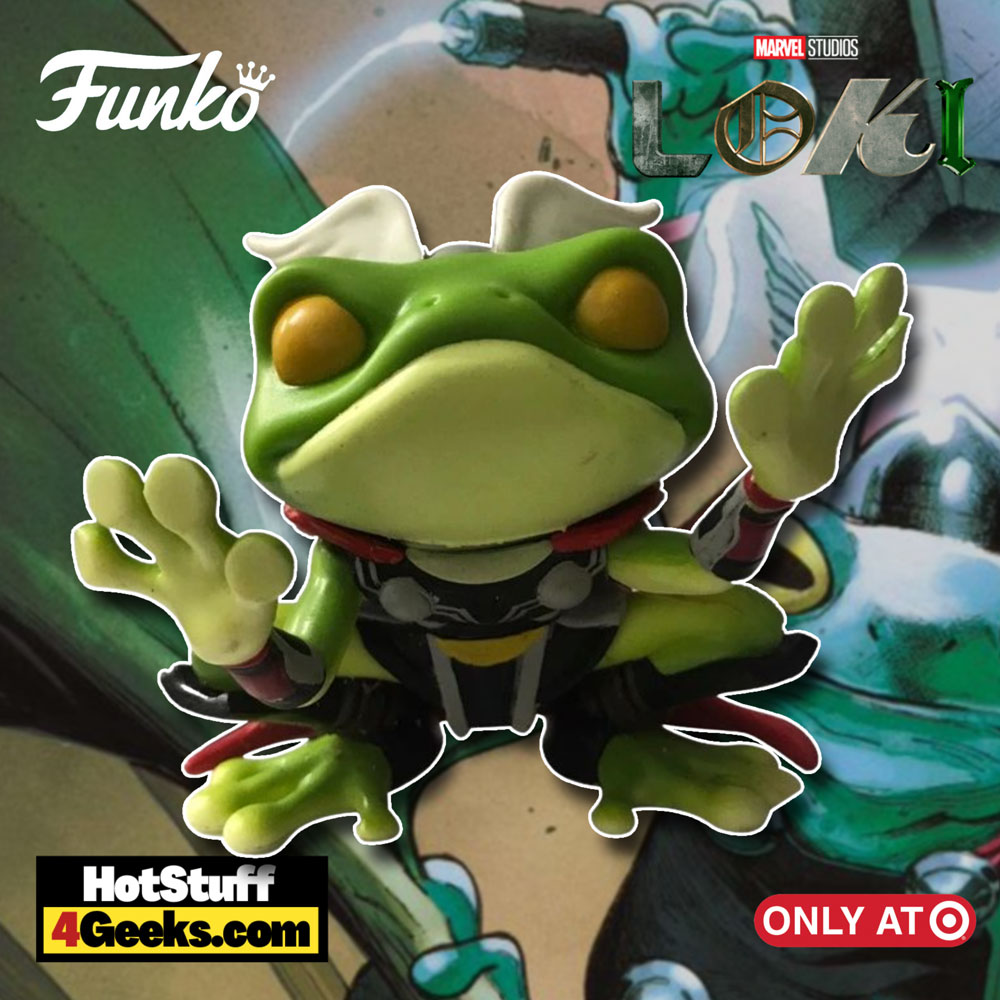 Among the numerous variants already presented in Loki, the series’ fifth episode delivered a respectable (and highly amusing) easter egg.

It’s the first variant of Thor to appear in the Marvel Cinematic Universe (MCU) series – the Thor Frog – or rather, the Throg from the comics!

Yeah, besides the Alligator Loki (who also amused the audience in this episode), we now have an amphibian from the God of Thunder seen at minute 9:10. Awesome!

The scene takes place at the moment when Loki goes down to the Variants’ hideout. At this time, a Mjolnir also appears buried deep in the earth, and a (live!) frog in a jar tries to escape to get it. Yes, that cute little frog in the red suit is Throg!

If you pause and look closely at the scene, you will notice that on the jar that Throg is trapped in, there is a name tag that says ‘T-365’ – this is a reference to Thor #365, the first appearance of Thunder Toad in the comics, where he is also known as the human Simon Walterson.

The character made his debut in 2009 and was a human who was eventually turned into a frog by a wicked gypsy curse.

Going to live in New York’s Central Park with a frog clan, he helps Thor in a story where Odin’s son was also turned into a frog.

His pure heart caused him, from a splinter of Mjolnir, to receive the powers of Asgard. Wielding the mighty Frogjolnir, Throg is one of the team’s main heroes known as the Pets Avengers.