The pop is dropping online today at 6 AM PT (Find the link below – click to jump!)

In the episode titled “Lamentis 1”, Loki and Sylvie find themselves in a dire situation, with no hope of escape.

However, in their final moments, the two hold hands and create a Nexus event of such magnitude that it is detected by the Agents of TV.

The figure shows the two Variants, with love and determination on their faces. Whether or not Loki and Sylvie are truly capable of loving one another remains to be seen.

Still, this figure is a beautiful reminder of the power of partnership, even in the face of certain death.

Loki & Sylvie on Lamentis Funko Pop! Moment can be found at the links below (click to jump!) 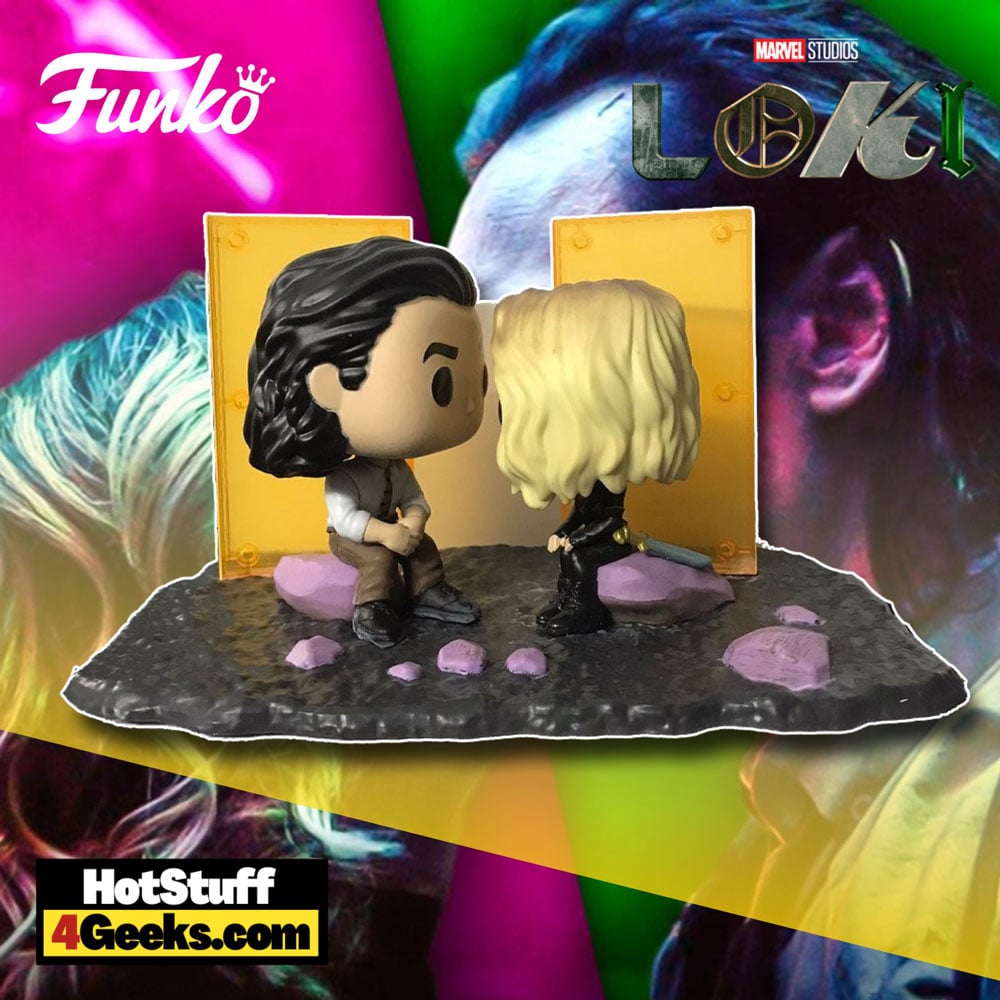 In the episode “Lamentis,” Loki and Sylvie must work together to escape an apocalypse.

The two grow closer in the middle of the mission as they learn about their origin story. Their bond strengthens and ends up causing a Nexus event significant enough to alert the TVA.

In “The Nexus Event,” the romance between the two is confirmed – and mocked by Mobius M. Mobius. Loki basically falls in love with himself, which is exciting and bold.

However, it’s clear that there is something special between him and Sylvie. They have great chemistry and share a lot of common ground.

Loki and Sylvie’s relationship grows more substantial across the episodes as they beat the TVA, the Void, and Alioth to reach Jonathan Major’s He Who Remains.

Their romance comes to a head in the season finale when Sylvie kisses Loki, and he reciprocates.

It’s unclear what will happen next for these two, but it seems like there might be some genuine feelings between them!