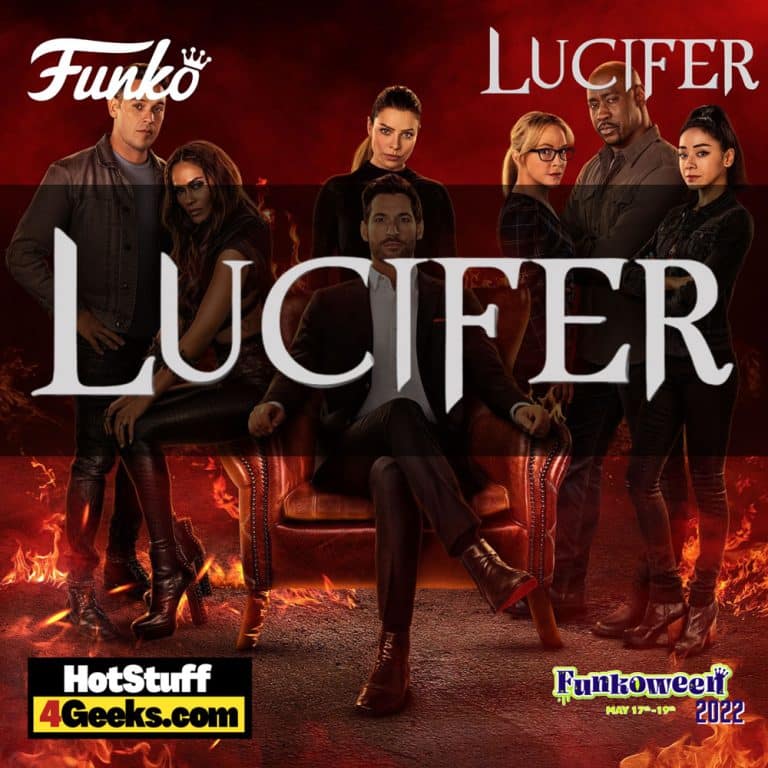 The story is set around Lucifer Morningstar, who lives unhappy days as the angel of Hell. One day, he decides to renounce his throne, abandoning the reign and taking a vacation in Los Angeles. He opens a nightclub with the help of his devilish ally Mazikeen Smith.

After a celebrity he helped become famous is murdered, he becomes involved with the LAPD, where he begins to work alongside Detective Chloe Decker. Together, they solve murder cases to find the criminals and punish them in the Lucifer way.

And who would have thought that after a vacation from Hell, the Devil would go to Funko for a makeover? Here’s the breakdown for this wave:

Lucifer Funko Pop! Vinyl Figures are an unconfirmed release. It is only official when or if Funko announces it. I’ll update more information in the long run.

Five after its debut, Lucifer ended in the sixth season. The series, which Netflix acquired from Fox, won a legion of fans worldwide and managed to finish on top, even with several challenging turns to resolve.

Lucifer started as a police procedural series. But, over the years, it has become a kind of drama, going beyond its characters to present the various conflicts in Heaven and Hell.

In the series finale, Lucifer is visited by Rory, his daughter with Chloe – but from the future. Yes, the girl has traveled back in time to meet her own father and lecture him about what she had to go through without him in her life.

Lucifer is left wondering what motivated his disappearance without further explanation, and the final season revolves around this mystery.

In the end, Lucifer’s disappearance occurred when he was forced to leave his partner and daughter to serve the greater good, which serves as proof of his growth over all these years.

The series then concludes with Chloe in the hospital, giving birth to Rory and surrounded by all those she loves. Lucifer, of course, is absent – but for a good reason.