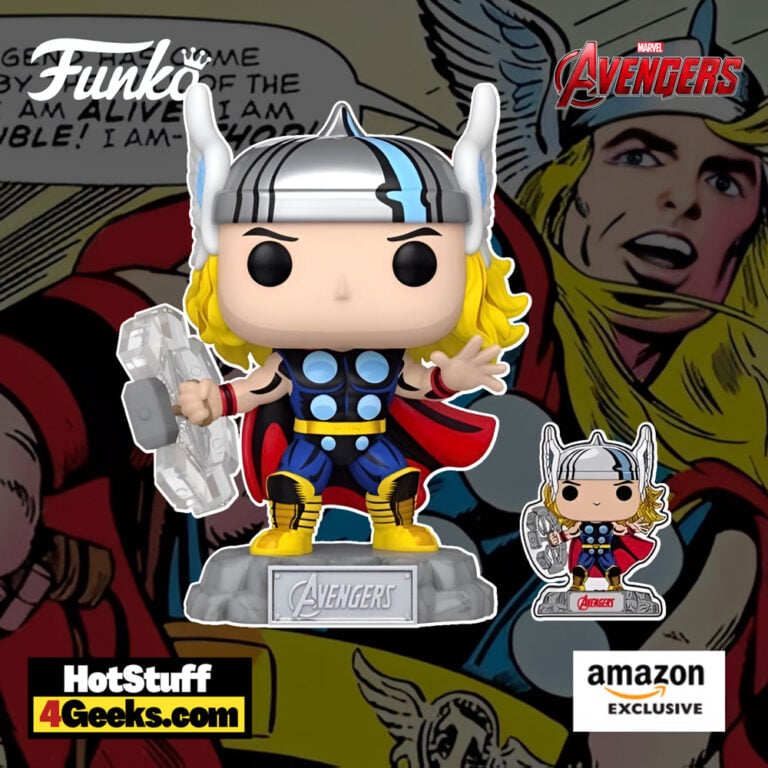 Thor, the Marvel Avenger, is mighty. He can control lightning and wield his mighty hammer, Mjölnir, with near-perfect precision.

What makes him so awesome? It might be his ability to fly (or, should I say, “thunder”?) across the sky in a show of dazzling lightning and energy blasts.

Or perhaps it’s because he speaks as if he stepped straight out of an Old Norse Saga – very handy for intimidating enemies.

Fun fact: Thor has even been known to wipe out whole armies with just a single throw of his magical hammer! Now that’s one Avenger you don’t want to mess with!

The hefty hammer of Thor is already generating a massive buzz among collectors, and it looks like this new figure will be the talk of comic book nerds everywhere.

The Amazon-exclusive Comic Thor Funko POP! and Pin (The Avengers 60th Anniversary) (Funko Fair 2023) is now available for pre-order at the links below (click to jump!) 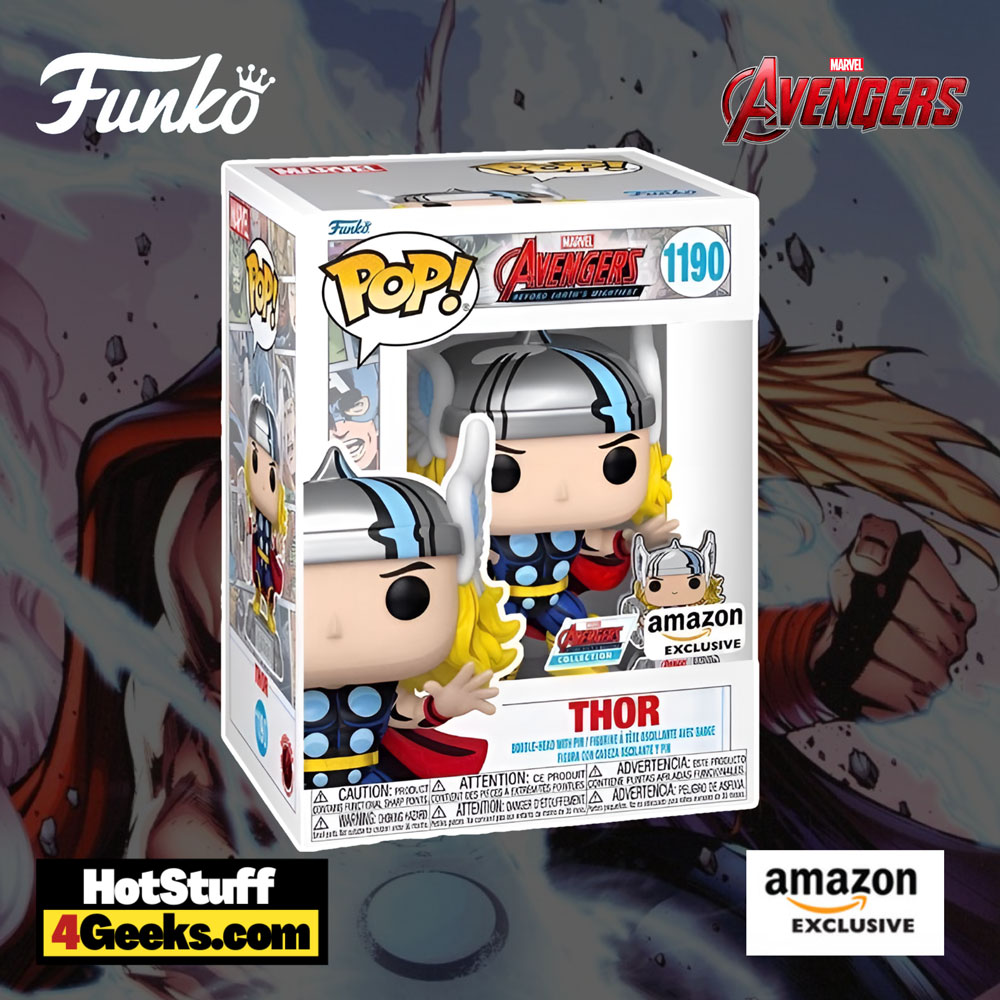 Thor is a powerful Asgardian prince and one of the main characters in the Marvel universe.

He is the son of Odin, the king of Asgard and the God of Thunder. Thor is also a founding member of the Avengers, a team of superheroes assembled to defend Earth from threats.

In the comics, Thor’s story begins when he is banished to Earth by his father, Odin, as punishment for his arrogance and reckless behavior.

Thor is stripped of his powers, and his hammer, Mjölnir, is thrown to Earth, where it can only be lifted by one who is worthy.

Thor, in the form of a mortal named Donald Blake, must learn humility and the value of humanity before he can regain his powers and his hammer.

Thor eventually discovers Mjolnir and becomes Thor once again. He joins The Avengers and helps defend Earth from various threats, such as Loki, his adopted brother, and the Chitauri invasion led by Thanos.

Thor also played a vital role in the Avengers’ battles against other powerful villains such as Ultron and Thanos in the “Infinity War” and “Endgame” movies.

Throughout his time with the Avengers, Thor struggles with his loyalty to Asgard and his role as a protector of Earth.

He eventually sacrifices himself to defeat Thanos and his army but is later resurrected by the Asgardian goddess of death, Hela.

In the end, Thor passed on the mantle of king of Asgard to Valkyrie and joined the Guardians of the Galaxy in the comics.