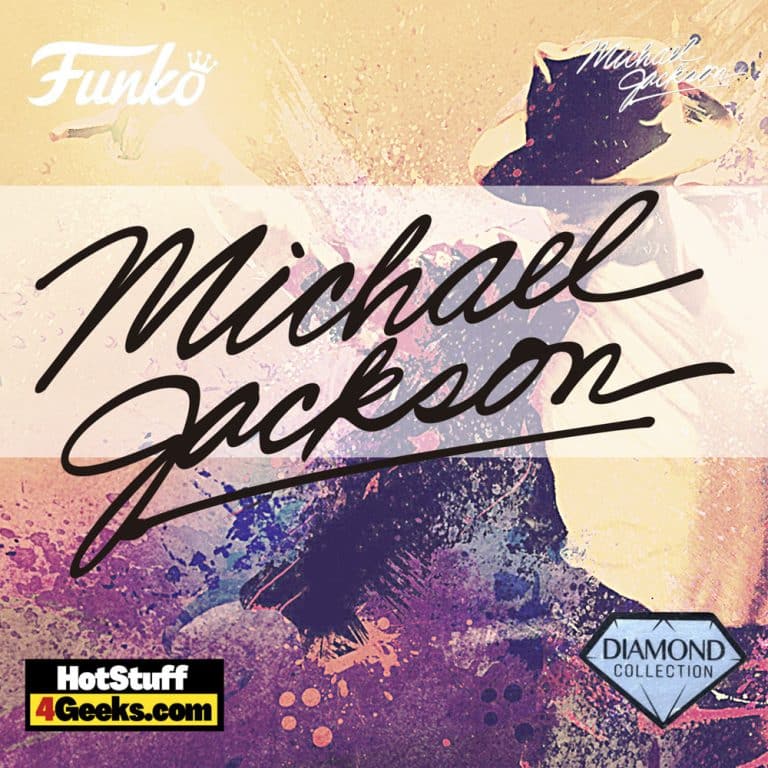 From the center stage of the ‘Jackson Five’ to a brilliant solo career, Michael Jackson became one of the greatest artists of all time.

Many artists will forever be recorded in music history, but one name, in particular, will never be forgotten: Michael Jackson.

The ‘King of Pop’, as he is remembered, marked entire generations with his incredible talent in music, dancing, and even his fashion and beauty sense.

But, more than composing great lyrics and immortalizing the “moonwalk” dance step, Michael Jackson has become a cultural icon worldwide.

Michael Jackson Diamond Glitter Funko Pop! is an unconfirmed release. It is only official when or if Funko announces it. I’ll update more information in the long run.

Born on August 29, 1958, in Gary, Indiana, in the United States, Michael was the seventh of nine sons. Music was always present in his childhood, and at the age of 11, he became the lead singer of the ‘Jackson Five.’

The band, composed of Michael and his older brothers, achieved great success in American R&B and Soul music, with hits like “I Want You Back” and “ABC.”

But, even then, his stage posture and the way he danced said a lot about his own style and the complete artist he would one day become.

In 1971, at the age of 13, he began his solo career with the Motown Records label, recording a few albums and working alongside big names in music such as Diana Ross and Paul McCartney. But it was in the 1980s that Michael Jackson became a worldwide star.

The year 1982 saw the release of “Thriller,” the album that marked the history of pop music and the best-selling album to date, with more than 110 million copies sold worldwide.

The album proved to be America’s biggest sensation, influencing all areas of entertainment and beyond. It featured hits such as “Beat it,” “Billie Jean,” and “Thriller.”

“Thriller” was also a milestone in the fight against racial discrimination in the recording industry. Jackson became the first black artist to air on the MTV channel and on radio stations that, at the time, were aimed at a primarily white audience.

The album went into the record books, and Michael was given a star on the Hollywood Walk of Fame.

At the time, the changes in Michael’s appearance generated a lot of controversies. The newspapers speculated about dozens of plastic surgeries and possible reasons for the change in his skin color.

Finally, in 1993, the singer admitted that he suffered from vitiligo, a non-contagious autoimmune disease characterized by loss of pigmentation of the skin.

The sometimes controversial artist had a unique style that influenced thousands of fans and artists with his leather jackets, monochromatic looks, and sequins of every color.

In addition, Michael wore the most varied hairstyles throughout his life, from afro, naturally curly hair, to long straight hair. Hats were one of the singer’s most characteristic accessories.

Michael Jackson is one of the artists with the most awards throughout his career. He has been inducted twice into the Rock and Roll Hall of Fame and is the only pop or rock artist to be inducted into the Dance Hall of Fame.

Unfortunately, on June 25, 2009, the singer suffered a cardiac arrest due to a drug overdose, which eventually took his life at 50.