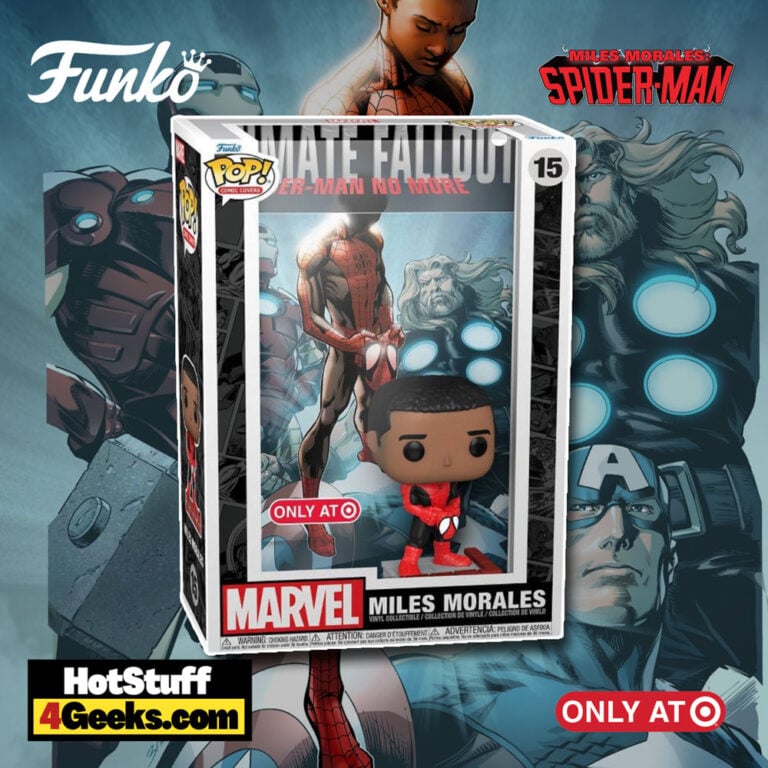 Miles Morales’ Spider-Man is one of the best and most beloved Marvel Comics characters created in recent years.

In the Spider-Man comics, Miles Morales is a teenager who takes up the mantle of Spider-Man after Peter Parker dies.

He is an introspective and quiet young man and also brave and determined. Morales is still finding his way in the world and often doubts himself.

However, he always tries to do what he believes is right, even if it isn’t easy.

Morales is a nuanced and complex character, which makes him so interesting to read about.

Of course, he isn’t perfect – he makes mistakes and has to learn from them, but that’s what makes him relatable and likable.

The young Brooklyn boy’s charisma and personality have taken the hero from the pages to the movies and, more recently, the games — all in less than 10 years!

Miles Morales Funko Pop! Comic Cover inspired by Marvel’s Ultimate Fallout is now available for pre-order at the links below (click to jump!) 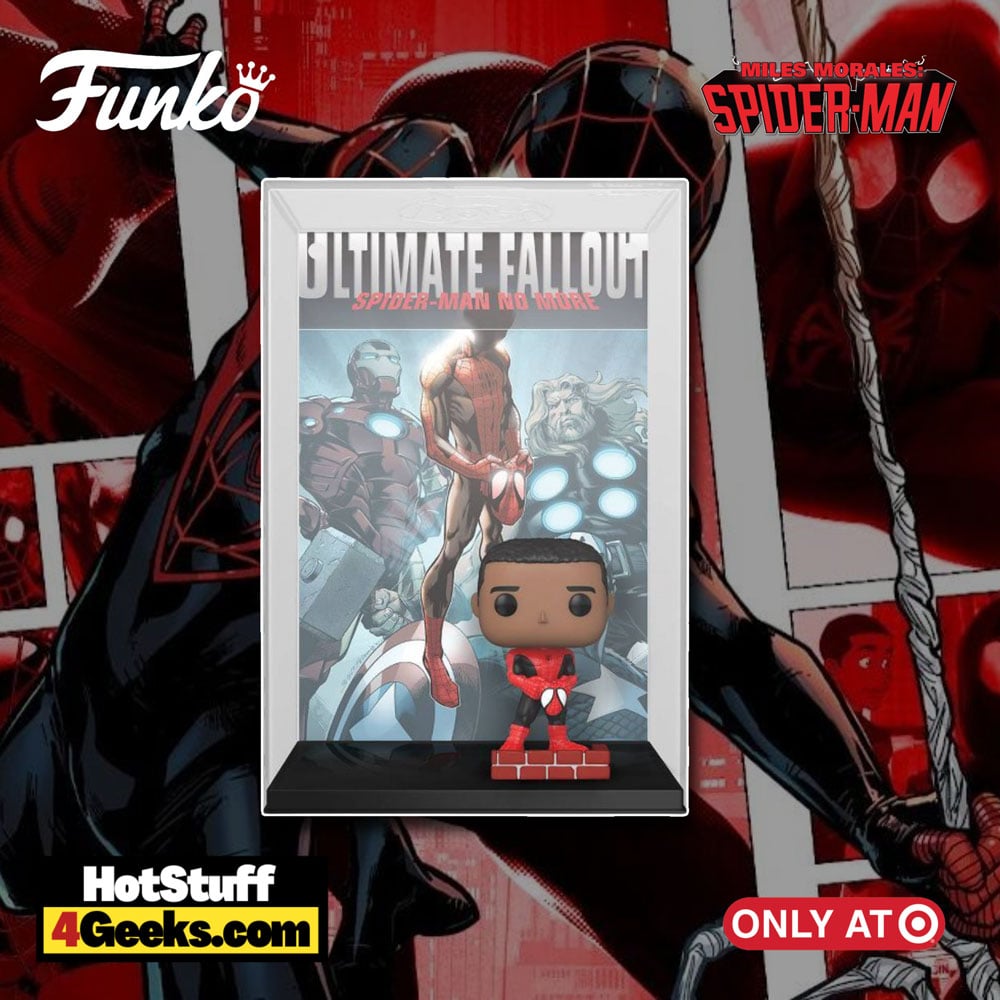 The Ultimate Universe, it should be noted, is a reality that reinvented all the origins and timelines of Marvel’s heroes and villains in the 2000s to win over new audiences.

In this world, Peter Parker dies in a confrontation with the Green Goblin, and Miles Morales assumes the mantle.

At the age of 13, Miles is the son of an African-American father and Puerto Rican mother. If Parker is known to reside in the Queens borough, Miles is from Brooklyn.

While visiting his uncle Aaron, Mile acquired his powers when bitten by a genetically modified spider that his uncle stole from Oscorp.

Like Parker, Morales is initially hesitant to carry the burden of being a hero as he discovers how to control his newly acquired super abilities.

However, if with the original Spider-Man, it was the death of Uncle Ben that served as the turning point for Miles, the click happens after Peter’s tragic death in the arms of Aunt May and Gwen Stacy.

Miles briefly talks with Stacy at Peter’s funeral, even questioning why Peter had decided to be a hero and why he wore a mask.

“With great powers come great responsibilities” and “because he didn’t need anyone to know who he was to be a hero” were the answers that changed the perception of Miles, the new Spider-Man.

Initially, Miles went out to fight crime wearing a store-bought Spider-Man costume of Peter Parker’s, which caught the public eye as being in poor taste and too recent to Peter’s death.

After a brief meeting with Nick Fury and The Avengers, Miles is presented with an outfit that has become known as his iconic uniform.

A black suit with red trim replaced the classic red and blue.

Miles’ powers are similar to Peter’s, but there are some differences. For example, the spider that bit him was more developed than the one that bit Peter.

As a result, the young man now has accelerated regeneration, camouflage, a vicious blast that can paralyze opponents, super-strength, heightened reflexes, the ability to climb walls, and the famous Spidey Sense.

Anyone who knows Miles Morales knows that he is a fun-loving guy with a great sense of humor.

He loves to joke around and have a good time, but he also knows when to be serious. He is a hard worker and always puts 110% into everything he does.

Whether it’s schoolwork, his hobby of spider-hunting, or spending time with his friends and family, Miles always gives it his all.

He is also a loyal friend and always stands up for those he cares about.

His determination and tenacity are two of his most defining qualities and have served him well in his personal and superhero life.