Created by Len Wein and Dave Cockrum, the mutant made his first appearance in Giant-Size X-Men #1 in 1975. Since then, the mutant has had many significant moments, including appearances in the Phoenix Saga, God Loves Man Kills, Messiah War, and Destiny of X.

Nightcrawler is one of the most popular X-Men characters, and it’s easy to see why. He has incredible power, a great design, and a tragic backstory.

Though he looks like a villain due to his demonic physical traits, he’s actually a devout Catholic who is serious about religion and a sort of jokester figure who likes to have fun. And no matter how bad things get, Nightcrawler always tries to see the best in people.

He’s also a devout Catholic, adding an exciting dimension to his character. So whether you’re a diehard X-Men fan or just someone who appreciates a good superhero, there’s a lot to love about Nightcrawler.

The PX exclusive, Nightcrawler (Teleporting) GITD Funko Pop! is now available for pre-order at the links below (click to jump!) It’s expected to be released on January 2023. 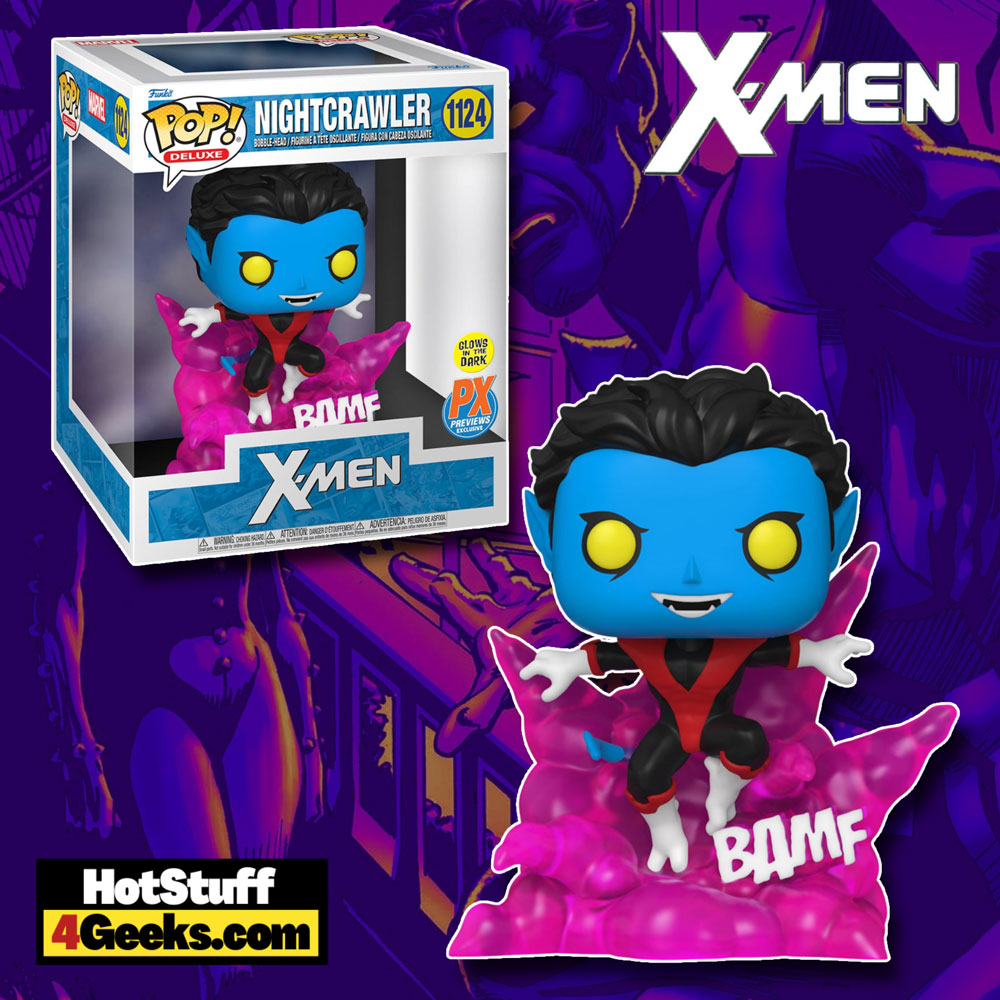 Nightcrawler’s main power is the ability to teleport. In practice, what happens is that he moves through the Brimstone Dimension, traveling through it and then reappearing in his own dimension.

Although deciding where to reappear is conscious, the trip through the Brimstone Dimension happens so fast that the mutant doesn’t even notice the time spent there.

Thus, the character relies on an unconscious and natural sense to locate himself in the place, which directs him to the right path. 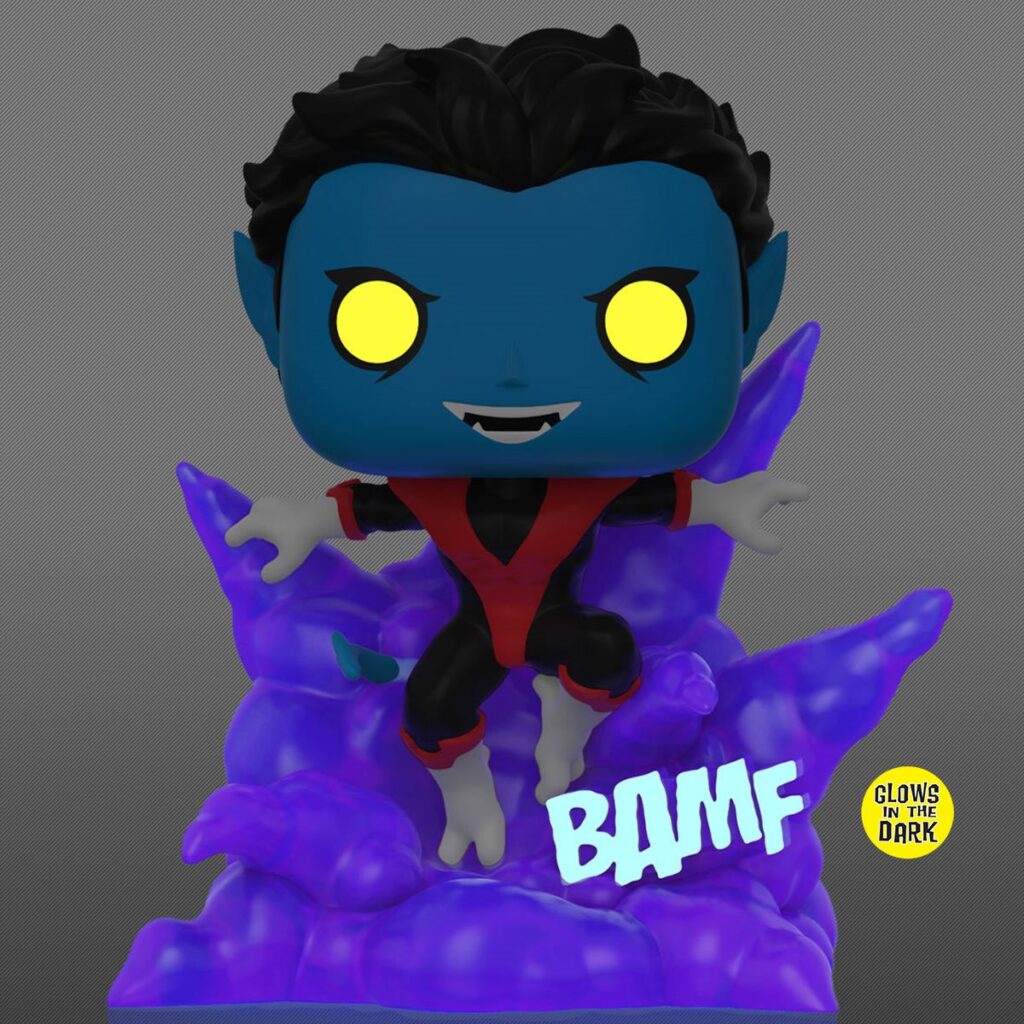 Similarly, he has a subconscious sense of space, which prevents him from teleporting inside a solid object or below ground. This sense, however, is limited, which is why he always chooses not to travel to a location without seeing it first.

Although his mind is an essential part of the process, and he chooses his destination consciously, the hero’s powers are not psionic, originating in biochemical and biophysical reactions, with only the beginning of the process being triggered mentally.

This is also shown by the way the Earth’s magnetic fields influence his ability, with it being easier for him to move between the north and south of the planet, following the magnetic lines, than to east and west, having to go against those lines.

This limits the character, as he cannot teleport just anywhere. The farther away from where he intends to go, the more complex and tiring it is for him to teleport.

This is reflected in the maximum distance he can travel by using his power to move only himself and his clothes. He can travel for about 2 miles from east to west or 3 miles from north to south. Teleporting vertical upwards is also more complex.

Another issue related to his power is that he arrives at his destination with the same amount of inertia as he left.

So if he is falling from a great height, he would arrive falling at the same speed if he transported himself to another location. He can control it by subtracting from that inertia by teleporting upwards.

When he carries other people, it is expected that this leaves his “passenger” weakened, which is why he sometimes uses the ability offensively.

In addition to teleportation, he can climb walls and blend in with shadows, which he uses to camouflage himself.

His body is also more flexible than any ordinary person, and the mutant can scale surfaces. His agility, reflexes, and strength are also superior to ordinary people. 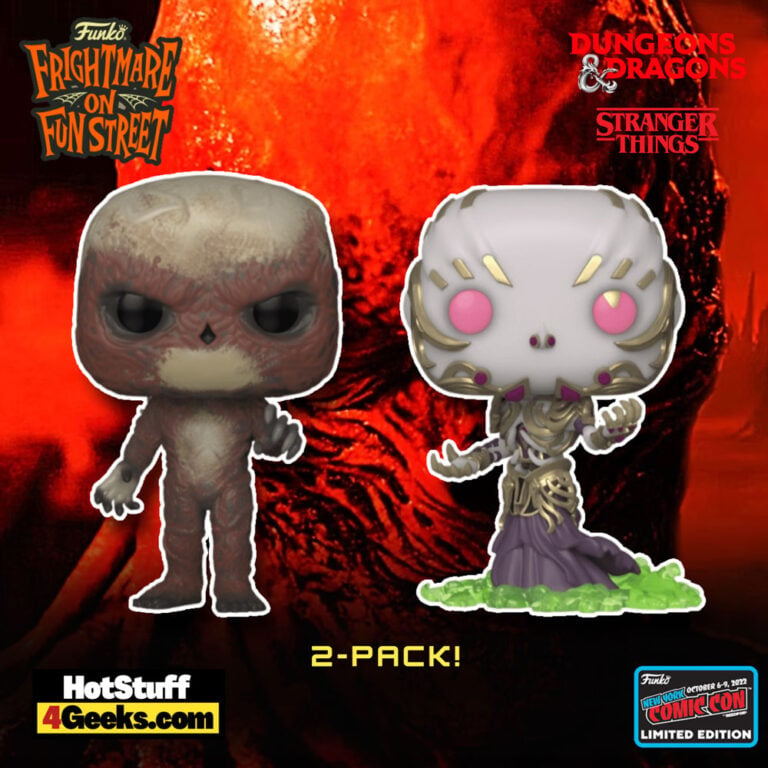