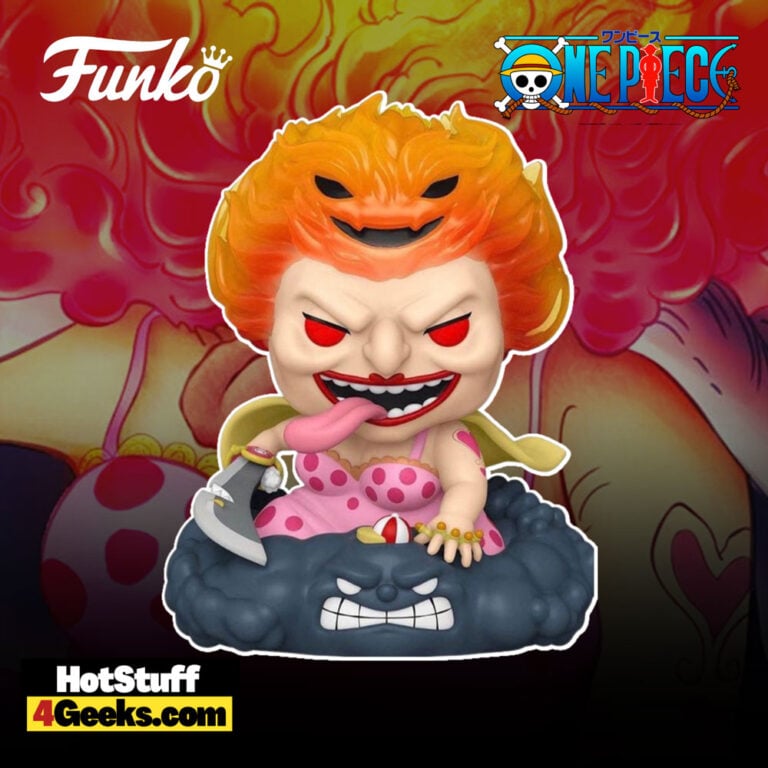 Fans of anime are sure to love this Funko Pop! Deluxe: One Piece – Hungry Big Mom Funko Pop! Vinyl Figure (Funko Fair 2023). The figure stands 6.5 inches tall and captures the essence of the character, from her wild hair to her fierce expression.

The attention to detail is impressive, and the figure perfectly captures the character’s personality. Whether you’re a die-hard fan or just getting started, this figure is a must-have for any One Piece collection.

In the anime One Piece, the Big Mom Emperor is a powerful ruler who governs an island nation. She is also known to have a massive appetite and is often seen eating large quantities of food.

She suffers from hunger pangs every three days, which gives her tremendous power and makes her very dangerous. The hunger pangs result from a side effect of her Devil Fruit power.

When she eats someone, she gains their strength and ability. However, the hunger pangs mean that she constantly craves more food and power.

As a result, she is always looking for new victims to satisfy her appetite. While the hunger pangs make her a formidable opponent, they also make her vulnerable to attack. Any opponent who can exploit her hunger will be able to defeat her.

Hungry Big Mom Funko Pop! Deluxe from One Piece anime is now available for pre-order at the links below (click to jump!) 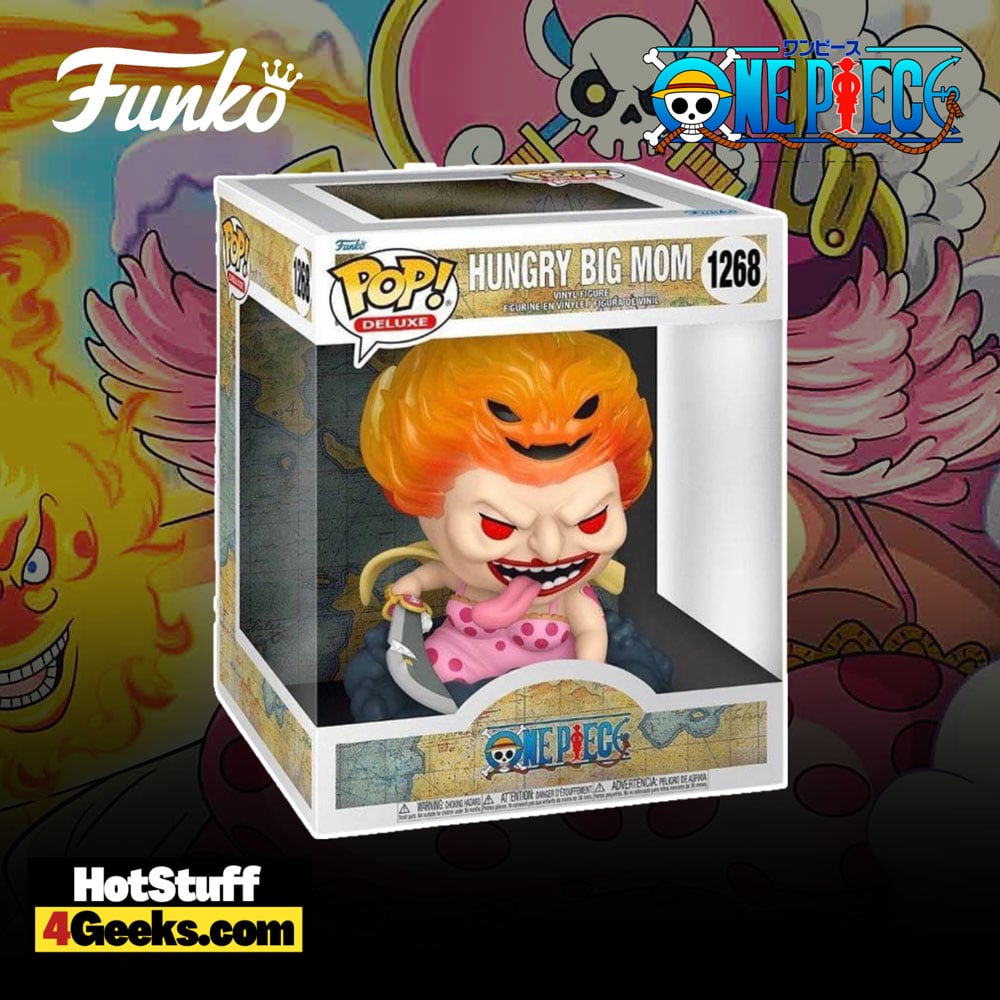 Big Mom is one of the four Yonko, the supreme rulers in the One Piece universe. She is also the matriarch of the Charlotte Family, making her one of the most powerful and influential people.

She is a ruthless and impatient leader with a quick temper and a propensity for violence. She demands complete loyalty from her subordinates, and she is known for being extremely unforgiving of any transgression.

However, she is also fiercely protective of her family, and she has a soft spot for her children. Yet, despite her often tricky personality, she is respected and feared by many, and she commands a great deal of influence in the world.

During the Wano Country Arc in the One Piece manga, we are following the Straw Hat crew facing some very challenging opponents. One such clash is that of Law and Kid against Big Mom.

The character, whose real name is Charlotte Linlin, is one of the biggest threats to Luffy’s group. However, in the most recent manga chapters, she has shown herself capable of using the Akuma no Mi’s abilities to strengthen herself in unusual ways.

As previously shown in the series, Big Mom’s Akuma no Mi allows her to eliminate the life expectancy of those afraid of her. Despite this, chapter 1031 added another element to the character’s powers.

In the plot, Charlotte trades a year of her own life for the physical increase in her stature, demonstrating that the battle between Law and Kid is far from over.

In the chapter, the pirate duo was trying to take down the character with a sneak attack, but a series of steel beams fell on their heads, further delaying the resolution of this clash.

The Wano War is also unfolding in the anime. It is getting closer and closer to the original material and the weekly chapters of the manga. In light of such a hotly contested fight, fans should be looking forward to seeing Big Mom’s fight against Law and Kid in animated form.