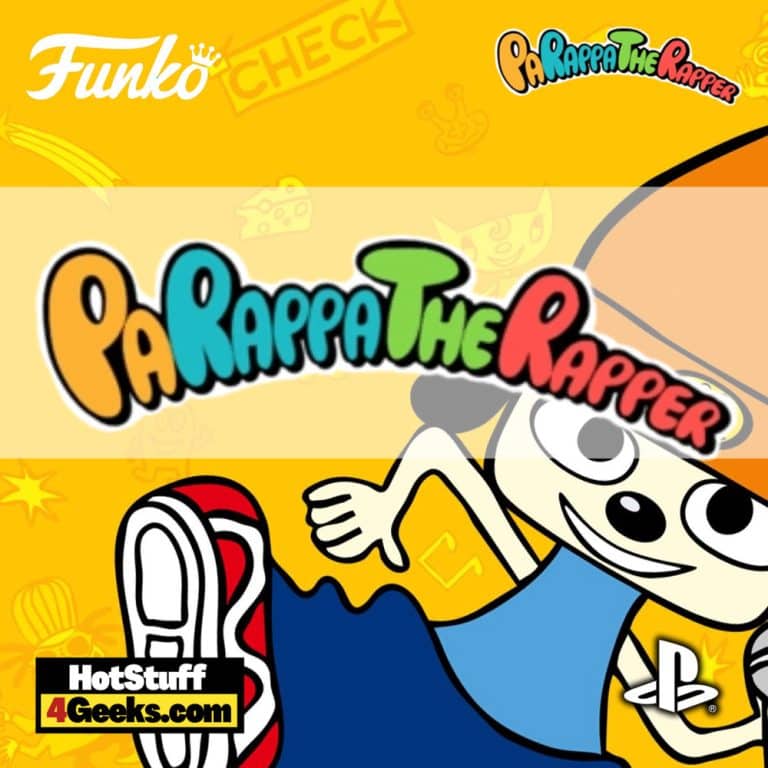 Kick! Punch! It’s all in the mind! This Funko Pop! Playstation: PaRappa the Rapper Funko Pop! Vinyl Figure – GameStop Exclusive is based on the classic rhythm game on the Playstation in 1996

PaRappa the Rapper is a cult classic video game first released in 1996. The game follows the story of PaRappa, a young rapping dog who must win the heart of his crush, a flower-like girl named Sunny Funny.

Along the way, PaRappa must overcome numerous obstacles, including an intimidating karate instructor and a rich, selfish dog.

Despite its simple premise, PaRappa the Rapper was groundbreaking for its time, blending elements of music and gaming into a unique and addictive experience.

For more than 25 years later, the game remains a beloved favorite among gamers of all ages.

PaRappa the Rapper Funko Pop! is an unconfirmed release. It is only official when or if Funko announces it. I’ll update more information in the long run.

PaRappa the Rapper is one of the most iconic video game characters of all time and quickly won over the hearts of gamers with his optimistic attitude and catchy raps.

The story behind PaRappa is just as charming as the character himself. PaRappa was created by Japanese game designer Masaya Matsuura (the musician from the Japanese pop-rock band Psy-S), inspired by American rap music.

Matsuura wanted to create a game that would be popular with both kids and adults, and he decided that rap music would be the perfect way to appeal to a broad audience.

With that in mind, he set out to create a game that would teach players how to rhyme and beatbox.

The result was PaRappa the Rapper, a rhythm game that casts players as the titular character as he tries to win the heart of his crush, Sunny Funny.

Throughout the game, PaRappa must rap his way through various challenges, learn new skills, and perfect his flow.

By the end of the game, PaRappa has not only won Sunny’s heart but also earned the respect of some of the biggest names in the rap game.

PaRappa the Rapper was an instant hit, selling over a million copies worldwide.