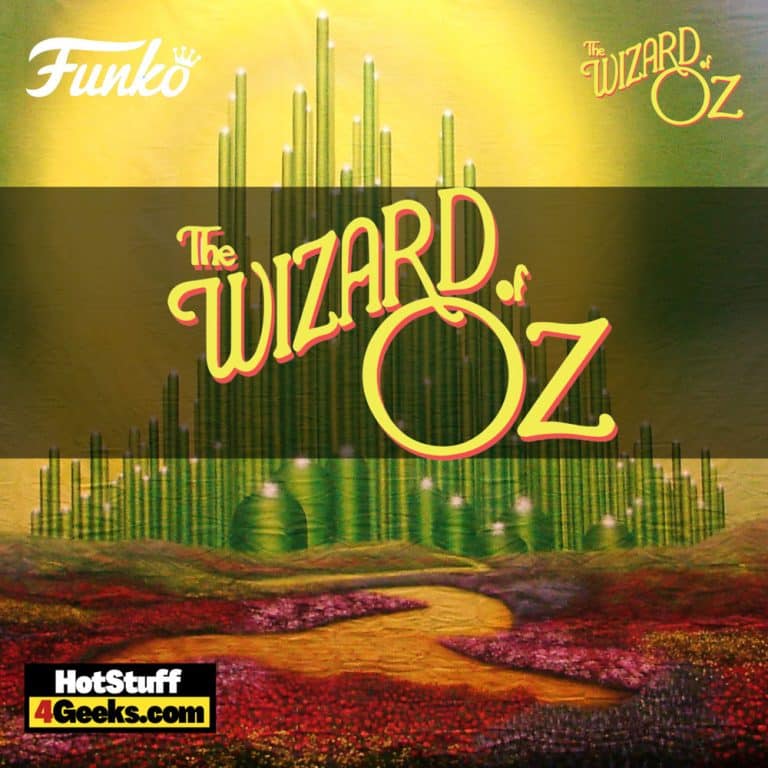 The Wizard of Oz is a beloved film that has captured viewers’ hearts for generations. And now, thanks to Funko, fans can bring home their favorite characters as collectible Pop! figures. The Wizard of Oz Funko Pops (2022) collection includes Dorothy, Scarecrow, Tin Man, Cowardly Lion, Glinda the Good Witch, and of course, the Wicked Witch of the West.

Each figure is exquisitely detailed and painted in bright colors, making them a perfect addition to any Wizard of Oz collection. But be warned: these figures are so cute that you may never want to take them out of their box:

The Wizard of Oz Funko Pop! figures (2022) are an unconfirmed release. It is only official when or if Funko announces it. I’ll update more information in the long run.

It was 83 years ago that Dorothy Gale, a character brought to life by Judy Garland, sang about a place beyond the rainbow, where the skies are blue and the dreams we dare to dream indeed come true.

After being knocked unconscious from being hit in the head due to a tornado, Dorothy realizes her house is whirling through the air.

When the house finally lands and the young woman opens the door, she quickly realizes that she is no longer in Kansas.

Munchkinland, in the Land of Oz. This is where Dorothy and Toto, her pet dog, land, and the adventure begins. From here on, the film becomes in color, thanks to Technicolor technology, as opposed to the initial sequence, filmed in black and white and then colored in sepia.

The 101-minute film, directed by Victor Fleming, follows Dorothy’s journey to the Emerald City, where she must meet the Wizard of Oz (Frank Morgan), the only one who can help her return to Kansas.

On the way, she meets the Scarecrow (Ray Bolger), the Tin Man (Jack Haley), and the Lion (Bert Lahr), who ends up accompanying her since they also have requests to make of the great Wizard: a brain, a heart, and courage, respectively.

The Wizard of Oz premiered in the United States on August 25, 1939. It won two Oscars in 1940: Best Soundtrack and Best Original Song, thanks to “Over The Rainbow,” which was almost cut from the film’s final version.

The Metro-Goldwyn-Mayer (MGM) distributor felt that the song made the opening sequence too long and that it was degrading for Garland to sing in a barn.

And I’m glad it kept it. The song became not only the hallmark of Judy Garland’s repertoire but also one of the most iconic and popular songs ever.