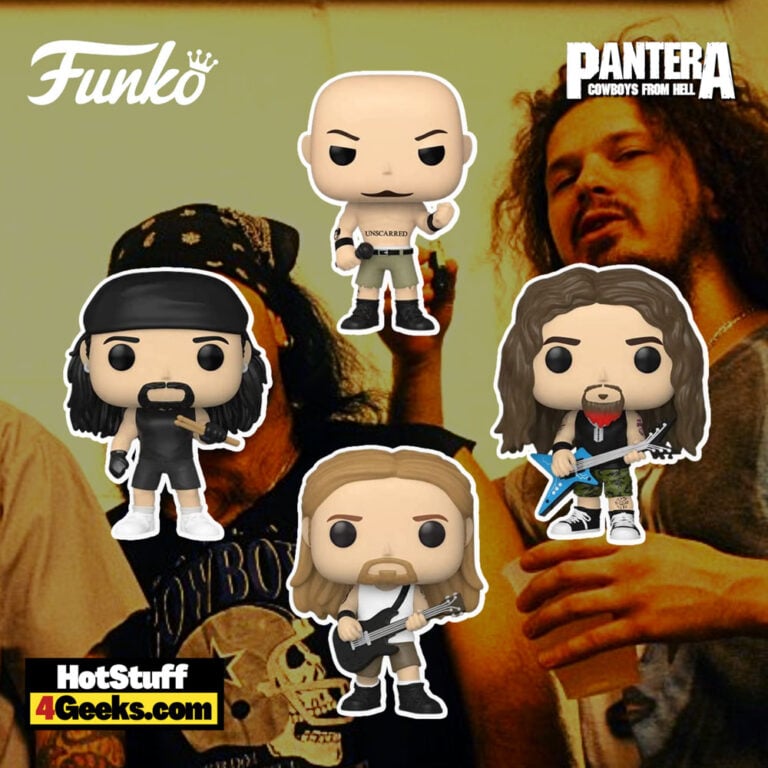 Who says metalheads can’t be collectors, too? The new Funko Pop! Rocks: Pantera 4-pack Funko Pop! Vinyl Figures featuring Philip Anselmo, Vinnie Paul, Dimebag Darrell, and Rex Brown is the perfect way for fans of the legendary metal band to show their love for the group.

Of all the hard-rock and metal bands who dominated the Nineties, Pantera might be the decade’s greatest triumph.

They took the heavy metal template that had been perfected by Black Sabbath and Judas Priest and added a new level of intensity and aggression. With their pulverizing riffs and thunderous rhythms, they created a brutal and beautiful sound.

And with their defiant attitude and outlawed style, they inspired a new generation of metalheads. In short, Pantera were the perfect band for the Nineties.

They were loud, they were proud, and they were absolutely unstoppable.

And these pops are a must-have for any collector. Just imagine displaying these badasses on the shelf. Who knows, maybe they’ll even inspire us to start our own metal band.

So let’s headbang our way to the store and get our hands on this 4-pack! Your inner metalhead will thank you.

Pantera 4-pack Funko Pop! Rocks is now available for pre-order at the links below (click to jump!) 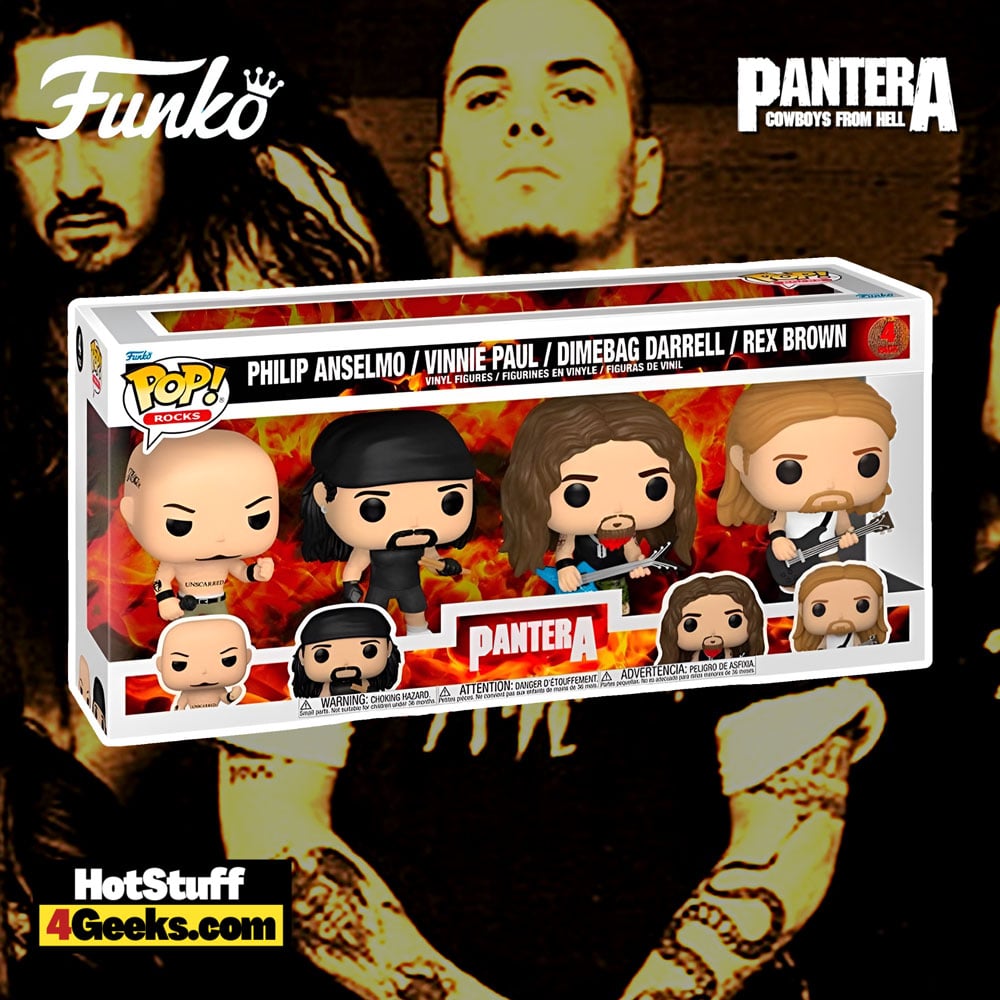 More than 20 years after their last concert, the surviving members of one of heavy metal’s most popular bands will return to the road as early as next year.

Pantera has signed with Artist Group International to schedule dates in North America.

Over the past two decades, not all original members have endured. In 2004, guitarist Dimebag Darrell was shot and died. In 2018, his brother Vinnie Paul died of heart disease.

They were one of the most acclaimed bands of this musical genre and became popular with the release of “Cowboys From Hell” in 1990. 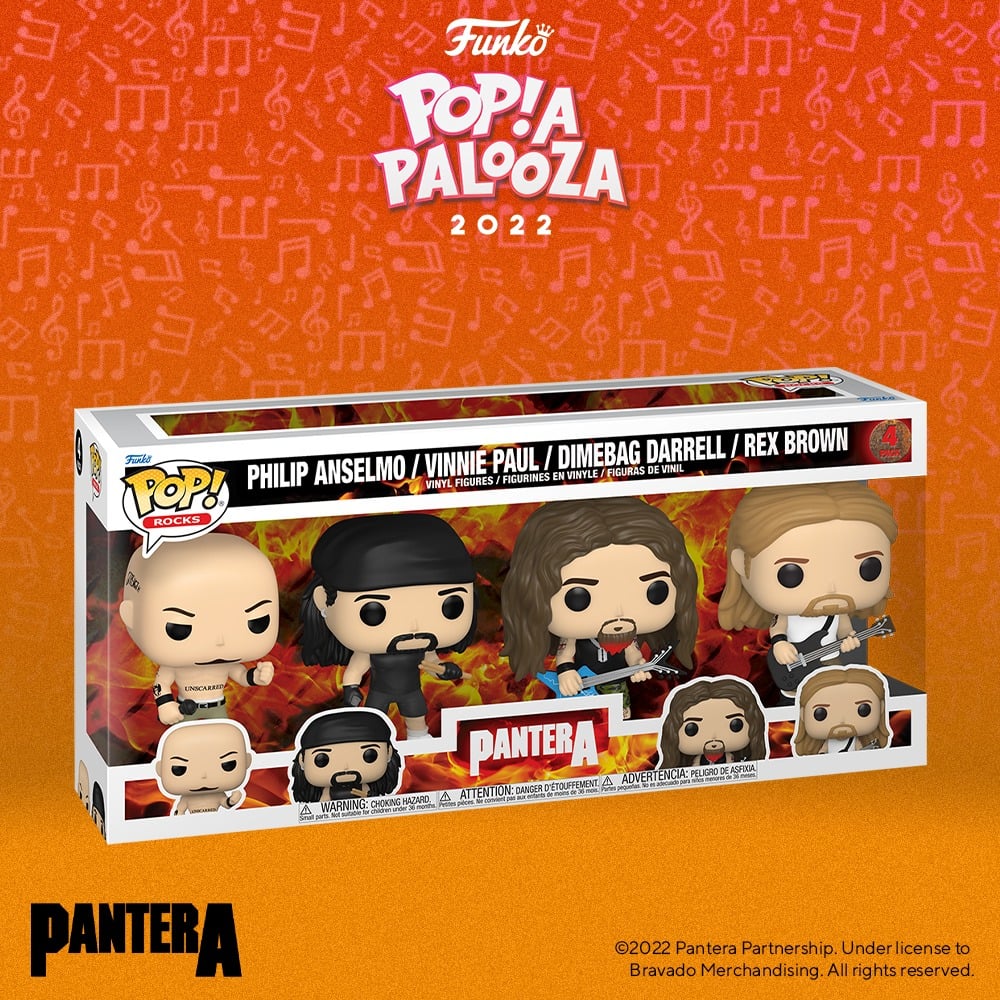 Throughout their career – 22 years and nine albums – they sold more than 20 million copies and were immortalized in the history of metal. The most successful remains “Far Beyond Driven,” from 1994, reaching number one on the Billboard charts in the United States.

Currently, the group is formed only by vocalist Phil Anselmo and bassist Rex Brown, and it is not yet known who will replace the brothers on guitar and drums.