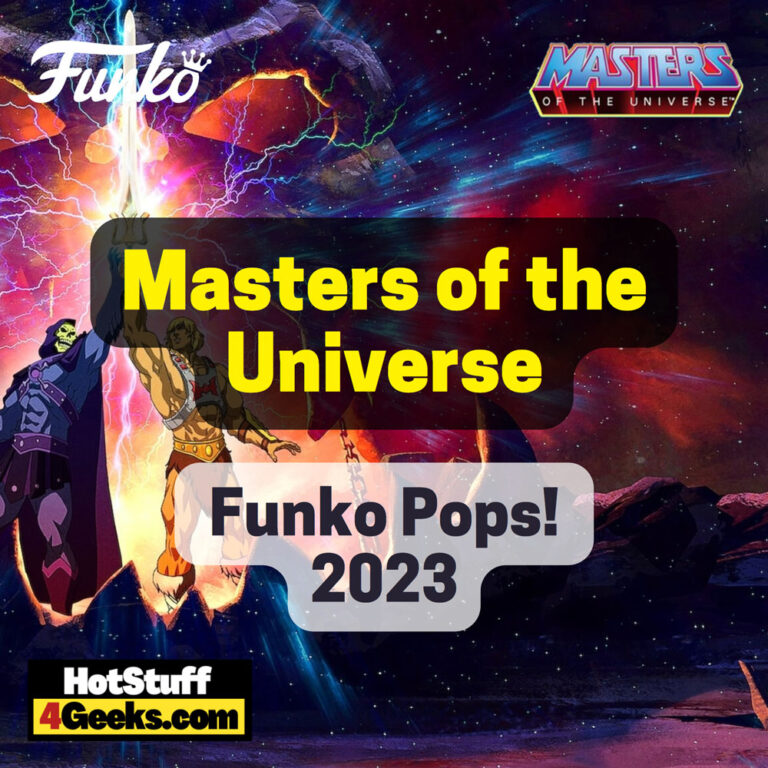 The nostalgia of the 80s is alive and well with the new Funko Pop! Retro Toys: Masters of The Universe (MOTU) Funko Pop! Vinyl Figures (2023).

With an array of characters (starting with He-Man…), these Funko Pop toys are here to pose epic battles against evil forces throughout the universe… though they’re much cuter than their cartoon counterparts!

Perfect as gifts or conversation starters in your home or office, these retro-style mini-statues capture all that made this property so beloved.

So get yours soon before they head back into the shadows of Eternia!

If you’re looking to add a blast from the past to your collection, look no further than Masters of the Universe Funko Pops! Here’s the list for this release:

Masters of The Universe Funko Pops! (2023) are coming soon. There’s no release date yet, but stay tuned because I’ll update more information in the long run.

The 80s were a time of hair metal, neon clothes, and outrageous action figures.

One such figure that has endured the test of time is He-Man from the beloved cartoon series Masters of The Universe.

Even after four decades, fans can still indulge in the glory days with original merchandise or nostalgia-inducing reboot projects.

From He-Man T-shirts to collectible mini figures to retro TV sets, it seems Eternia’s most powerful hero is here to stay.

So if you ever feel like having an ’80s throwback day, remember…by the power of Grayskull—you’ve got the power!

Masters of the Universe is a media franchise created by Mattel in the 1980s. It includes a toy line of action figures, an animated television series, and several comic book series.

The franchise is set in a fantasy world called Eternia and features a variety of characters, including the hero He-Man and the villain Skeletor.

Whether in the form of figures or action figures or if you happen to come across an episode on TV, we are here for everything bright, colorful, and heroic. Long live He-Man!