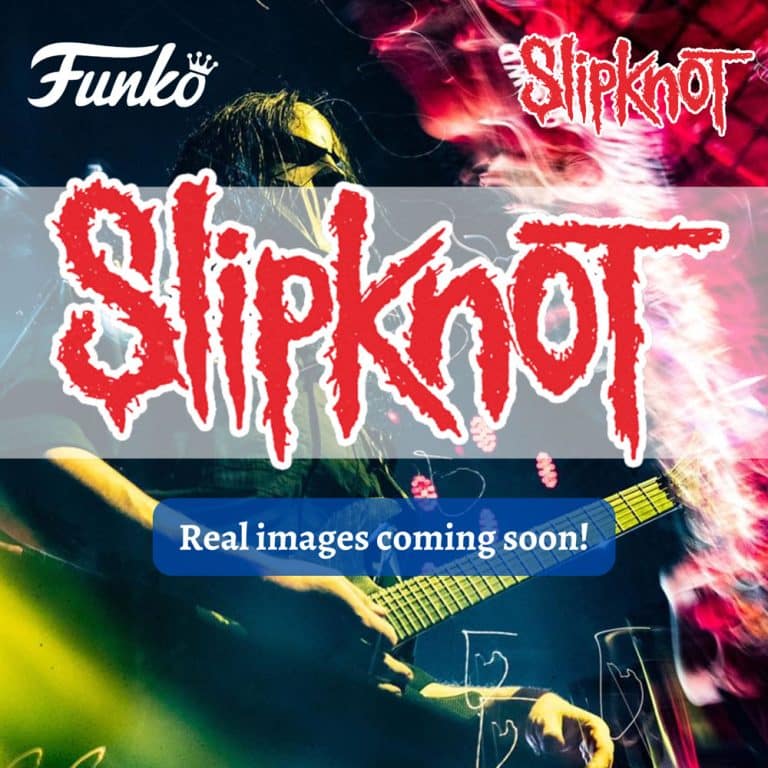 Calling all metalheads — Funko’s Pop! Rocks collection is about to get super heavy. The new Slipknot Funko Pops (2022) depicts Jay, Mick, and Mt Clown, members of one of the most popular and successful metal bands of all time, known for its chaotic live shows and its use of costumes and masks.

Slipknot was founded in 1995. The band quickly became famous for their outrageous masks, off-stage antics, and heavy metal/alternative sound. However, they’re most known for their song “Psychosocial,” which aired on the radio, TV, and in films all around the world.

Their music is often brutal, raw, and in-your-face, but it also has catchy hooks and melodies that have helped them achieve mainstream success.

These collectibles are sure to serve their disruptive purpose:

Slipknot Funko Pop Vinyl Figures (2022) are an unconfirmed release. It is only official when or if Funko announces it. I’ll update more information in the long run.

Slipknot concerts are intense! They are known for being incredibly passionate and full of energy. The band puts on a spectacular show that will get any metalhead pumped up.

There have been some crazy things happening at Slipknot concerts over the years.

For example, one time, someone set off a firework in the middle of the crowd, and it went off right next to someone’s head.

Another time, a mosh pit formed, and people were injured, so the band had to stop playing. There have also been times when people have thrown things at the band members while performing.

Slipknot fans are also known for their hardcore dedication to the band, evident in how they dress up for shows. Many fans sport face paint and headdresses similar to those worn by the band members.

Slipknot use masks to create a unique and intense experience for their fans. In addition, the masks help create a sense of anonymity and mystery around the band members, which contributes to the show’s overall atmosphere.

They also help keep the energy level high by preventing fans from getting too familiar with the band members’ faces.

If you’re looking for a concert that will get your adrenaline going, then a Slipknot show is definitely the place. Just be prepared for some serious moshing and crowd surfing.