The characters of Eleven, Mike, Lucas, Dustin, Will, and many more come to life in these impressive pops, each with their own unique style.

Stranger Things S4 Wave 1 and Wave 2 are now available for order below (click to jump!)

Almost three years after the end of the third season left fans even more eager for a new season, and the anxiety is really high! The Tv Series has everything you could want: suspense, mystery, chaos, horror, and characters that you can’t help but root for.

Besides the already known cast, Stranger Things 4 added Eddie Munson, the leader of Hellfire, a group of rock nerds who play D&D. Although he does not get too much screen time, he has already a fan favorite. You can find the Hellfire Club Pop! T-Shirt here.

Another new addition to the cast is Argyle, Jonathan Byers’ new friend. He is basically a funny pothead who only talks about pizza.

As usual, Funko is ready and waiting with new Pop figures that feature the show’s stars in their latest looks.

Here’s the breakdown for the already available pops:

Stranger Things Pops Season 4 (2022) – Wave 1 is now available for pre-order at the links below (click to jump!)

Stranger Things Pops Season 4 (2022) – Wave 2 is now available for pre-order at the links below (click to jump!) 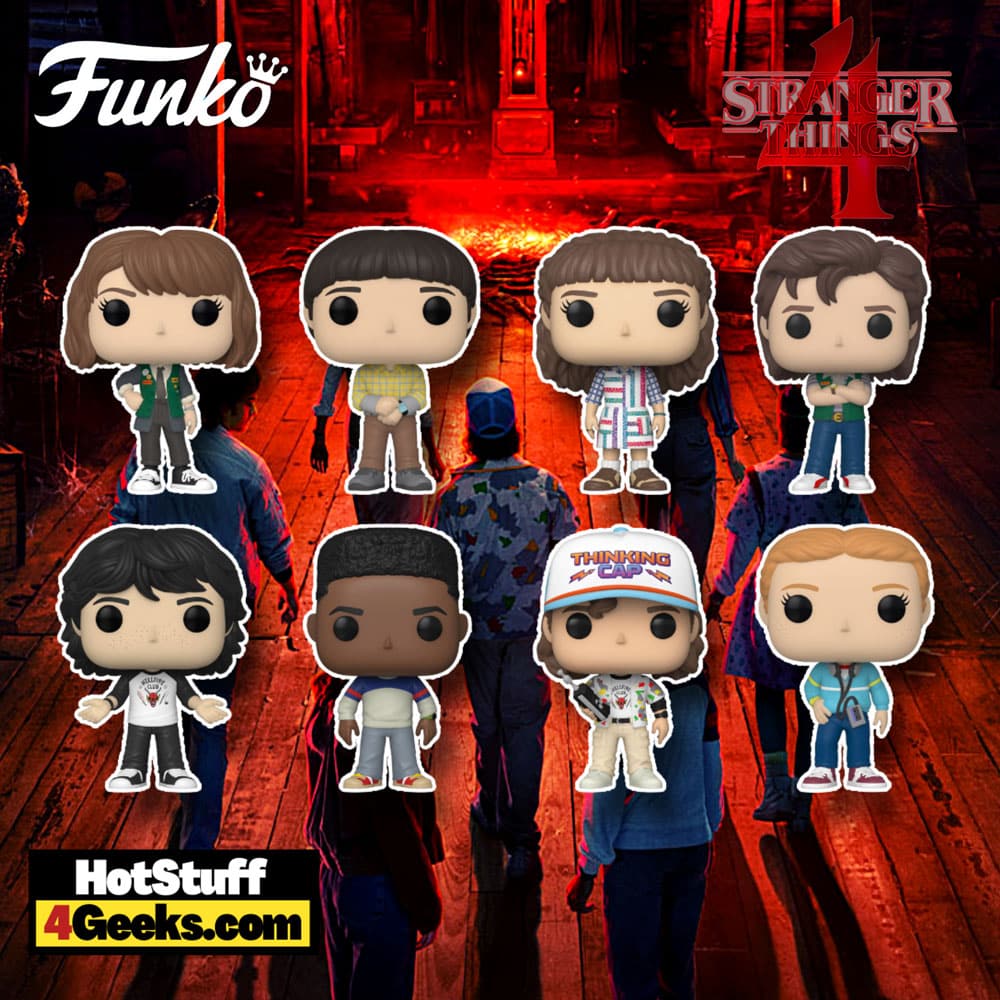 Netflix’s Stranger Things has quickly become one of the most popular TV series of the past few years. It has become a cultural phenomenon, spawning numerous memes and inspiring cosplay among its fans.

The show is set in the fictional town of Hawkins, Indiana, in the 1980s and follows a group of young friends who discover a dark force from another dimension is infiltrating their town.

It’s a love letter to the 80s, paying homage to classic 80s horror and sci-fi movies and TV shows. Its suspenseful plot, fascinating characters, and retro aesthetic have captivated audiences for good. 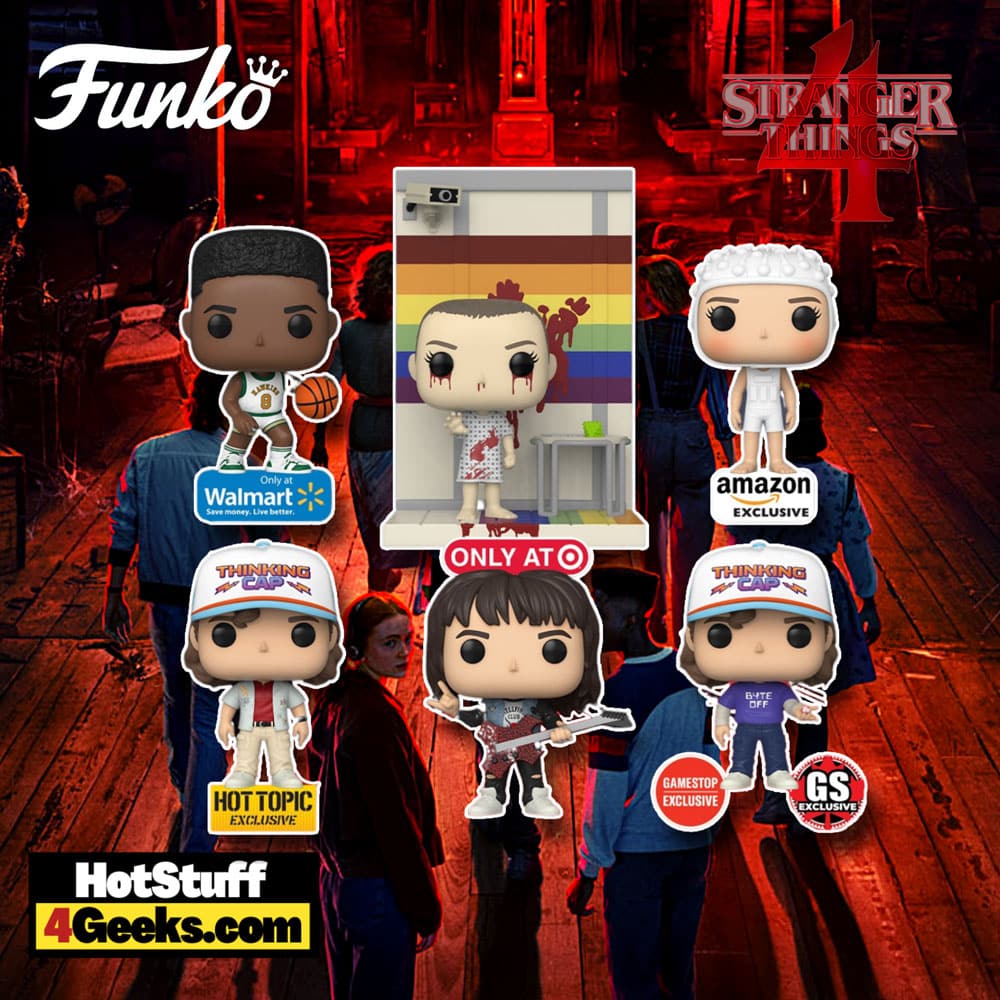 The long-awaited Stranger Things 4 was launched on Netflix on Friday, May 27.

The children have now become teenagers, a fact used by the Duffer brothers to justify the complete transformation of Stranger Things into a horror production.

Season 4 brings the plot’s most terrible killings and shocking events. The series is bolder than ever, delivering what fans want to see in episodes as long as superhero movies. 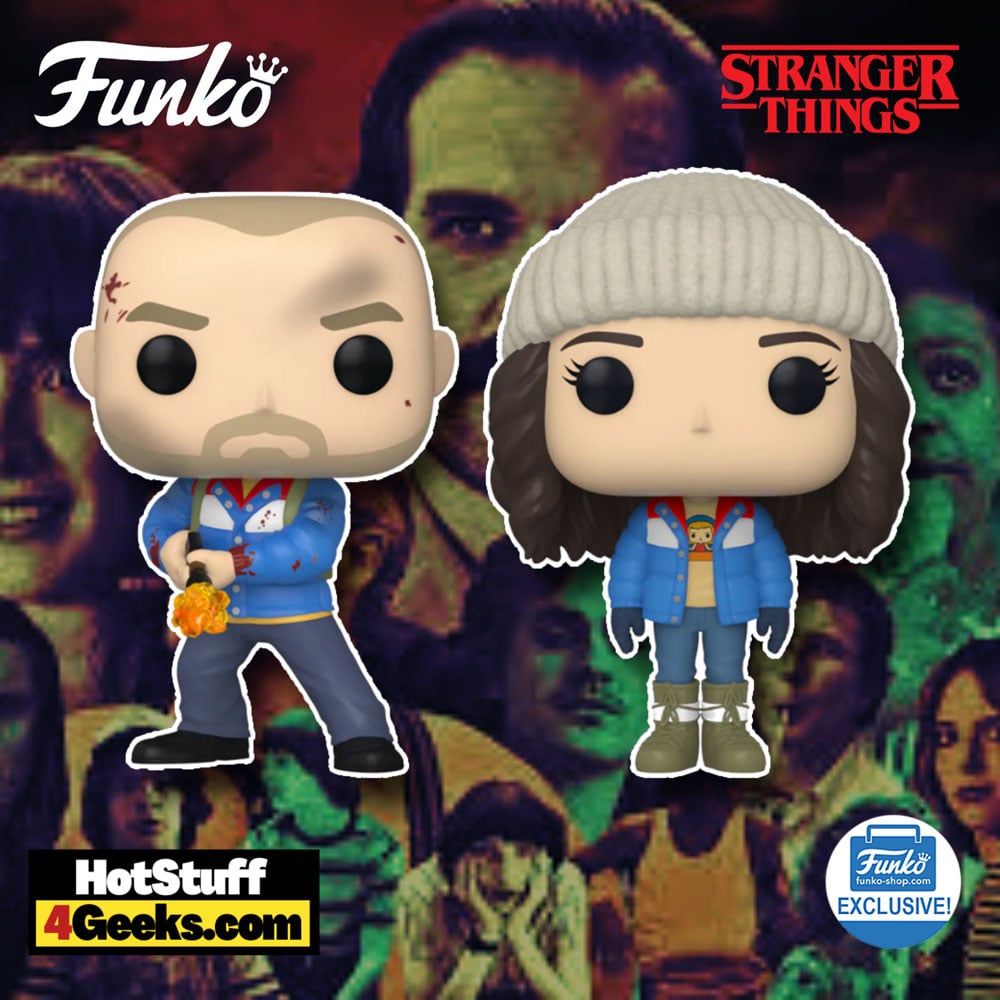 Hawkins is once again under attack by a creature called Vecna, who is murdering the town’s troubled youth.

Racing against time and with our beloved characters being targeted by the monster, a real task force has to be put in place to prevent its advance.

The problem is that Eleven no longer has his powers. The reason for this is one of the key elements to solving the mystery that hides behind the whole plot: including his own past.

The story is full of nail-biting terror and spine-tingling suspense, with several heart-wrenching moments to balance it out.

But, there is also plenty of funny scenes. Sometimes all we need is just one happy thought before diving back into an abyss full of horror awaits us again…

How can you not love Eddie Munson playing Metallica’s Master of Puppets as a decoy for the Demobats in Upside DownWorld?

The fact Eddie did this for a town that honestly hated him for something he didn’t commit is genuinely heroic. What a king!

Or the incredible easter egg of Hopper killing the Demogorgon with the sword from Conan the Barbarian?

Or Max’s Running Up That Hill? Sadie Sink running towards her friends to the sound of Kate Bush is not only beautiful in an aesthetic sense.

There’s not a single kind of evil in this world or other that can beat the power of 80s music. The chills! For me, it is the best scene ever! Of course, Vecna’s astonished face is a must!

It is genuine and profound, as is the simple dialogue between Will and Mike or the brotherly relationship between newcomer Eddie and Dustin.

Stranger Things 4 is thrilling and suspenseful, keeping you hooked from start to finish.

But it’s also a gripping mystery/thriller that will keep you on the edge of your seat. If you haven’t seen it yet, you’re missing out.