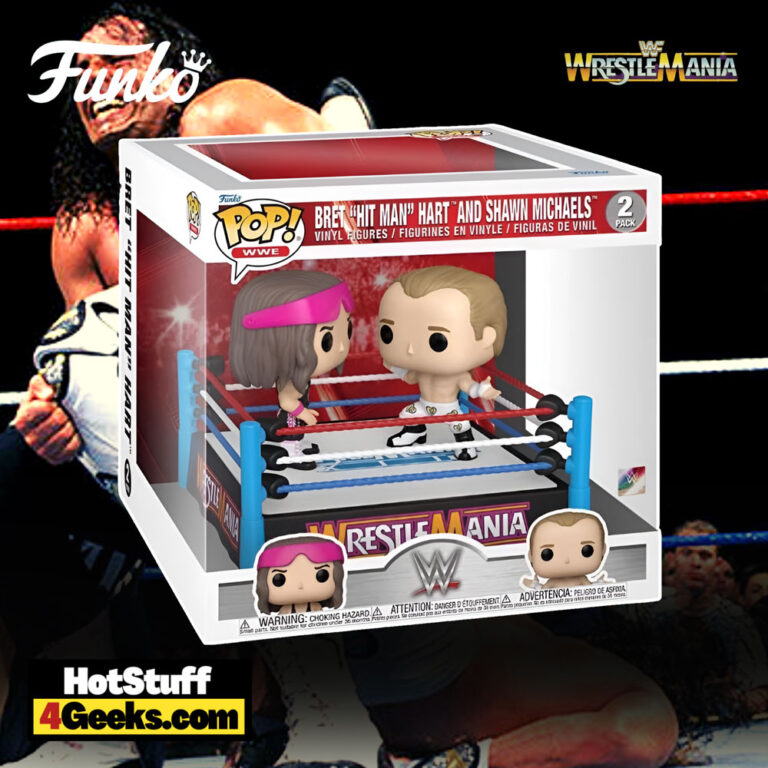 The new Funko Pop! WWE: WrestleMania XII – Bret “Hit Man” Hart & Shawn Michaels Funko Pop Moment! Vinyl Figure set is the perfect alter ego to their classic match at the event over two decades ago; it’s a humorous way of portraying two of wrestling’s biggest legends of all time in a pop-like format.

WWE fans have reached a whole new level of fandom with the recent release of the Bret Hart vs. Shawn Michaels WrestleMania XII Funko Pop Figure.

Finally, there’s a way for fans to show off their passion for that iconic moment in WrestleMania history when these two megastars met in the ring and put everything on the line.

In 1996, a wrestling match for the ages occurred between Bret Hart and Shawn Michaels at WrestleMania XII – and it’s now commemorated in 2022 by Funko Pop with a two-pack!

Even if you’re unfamiliar with the epic matchup, this cute duo will make you smile. The tiny figures feature mini wrestling attire and some classic 90s-style permed mullets.

It’s almost too adorable to fathom that these two faced off against each other on the grandest stage!

Whether you collect Funko Pops or are a die-hard wrestling fan, this set is an instant showstopper of your collection.

Bret “Hit Man” Hart & Shawn Michaels Funko Pop Moment! is now available for pre-order at the links below (click to jump!) It’s expected to be released on March 2023. 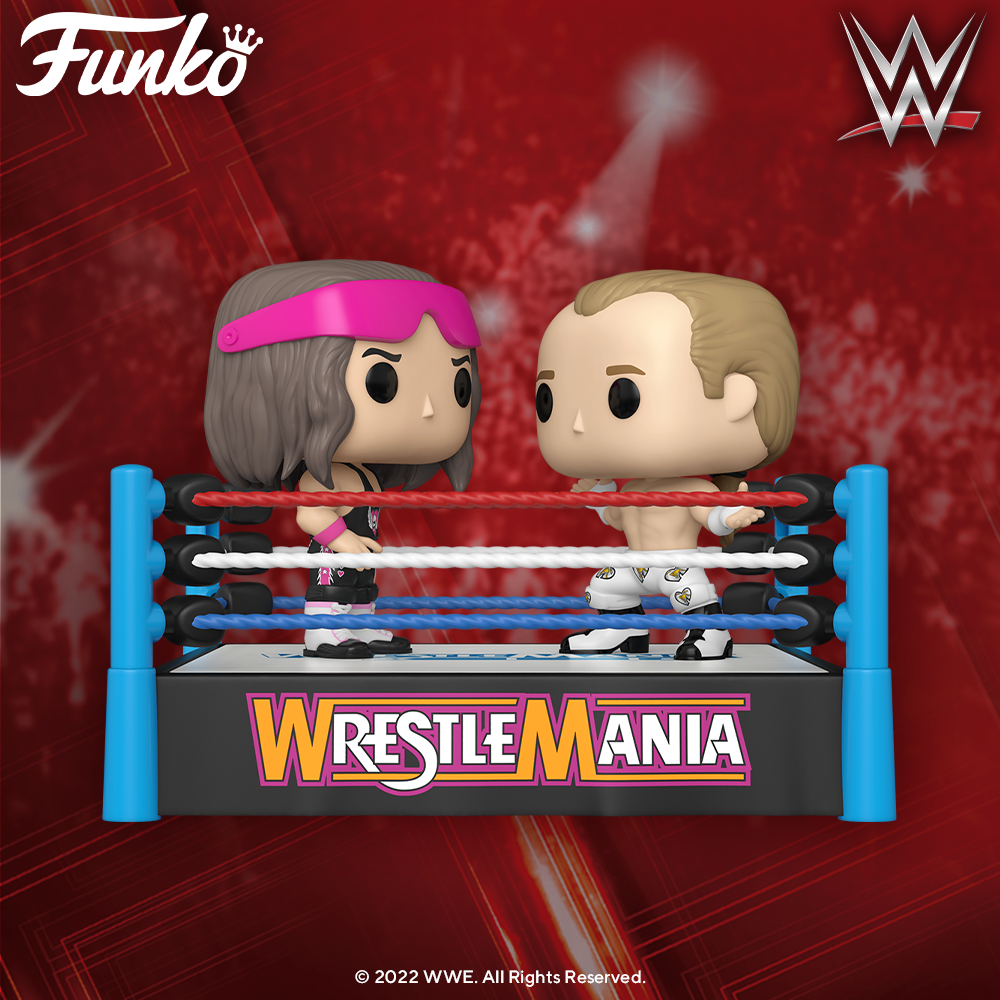 Bret, the humble “Excellence of Execution,” was a technical wizard who knew how to work an audience.

These two powerhouses met in one of the most iconic matches of all time…and Shawn won (but we don’t like to talk about that!).

It was one of those must-see moments that left everyone on the edge of their seats, regardless of whether they were Bret or Shawn fans.

Let’s say Bret experienced first-hand what it felt like to fall victim to Sweet Chin Music!

There are few rivalries in the world quite as iconic as Bret “Hitman” Hart and Shawn Michaels’.

Despite ferocious clashes inside and outside the ring, these two men always managed to maintain an amicable distance when necessary.

From their original conflict as members of tag teams battling for popularity in the early 1990s to their heated rivalry for the WWE Championship in 1996 and 1997, Hart and Michaels have certainly made their mark on professional wrestling as two of the greatest Superstars of all time.

Of course, the most significant moment between them was their infamous Iron Man match at WrestleMania XII.

This match (perhaps ominously) ended after sixty minutes with both men’s shoulders pinned to the mat simultaneously!

Whether you loved or hated it, there’s no denying this rivalry will go down in sports entertainment history.