The new Funko Pop! Animation: Demon Slayer – Zenitsu Agatsuma Funko Pop! Vinyl Figure – Funimation Exclusive depicts one of the Demon Slayer characters and part of the central quartet of the story, alongside Tanjiro, Nezuko, and Inosuke.

The Zenitsu figure can be found at the links below (click to jump!)

Zenitsu is definitely not a favorite. With an extravagant personality for some, the character in Demon Slayer: Kimetsu no Yaiba is the type that divides opinions. But, something that stands out about him is his skills as a Demon Slayer.

Zenitsu may be even more afraid of the bloodthirsty demons than we are, but he always comes through when it counts. His Thunder Breathing Style will put an end to demons with lightning speed.

The Funimation Exclusive, Zenitsu Agatsuma Funko Pop! is now available for order at the links below (click to jump!) 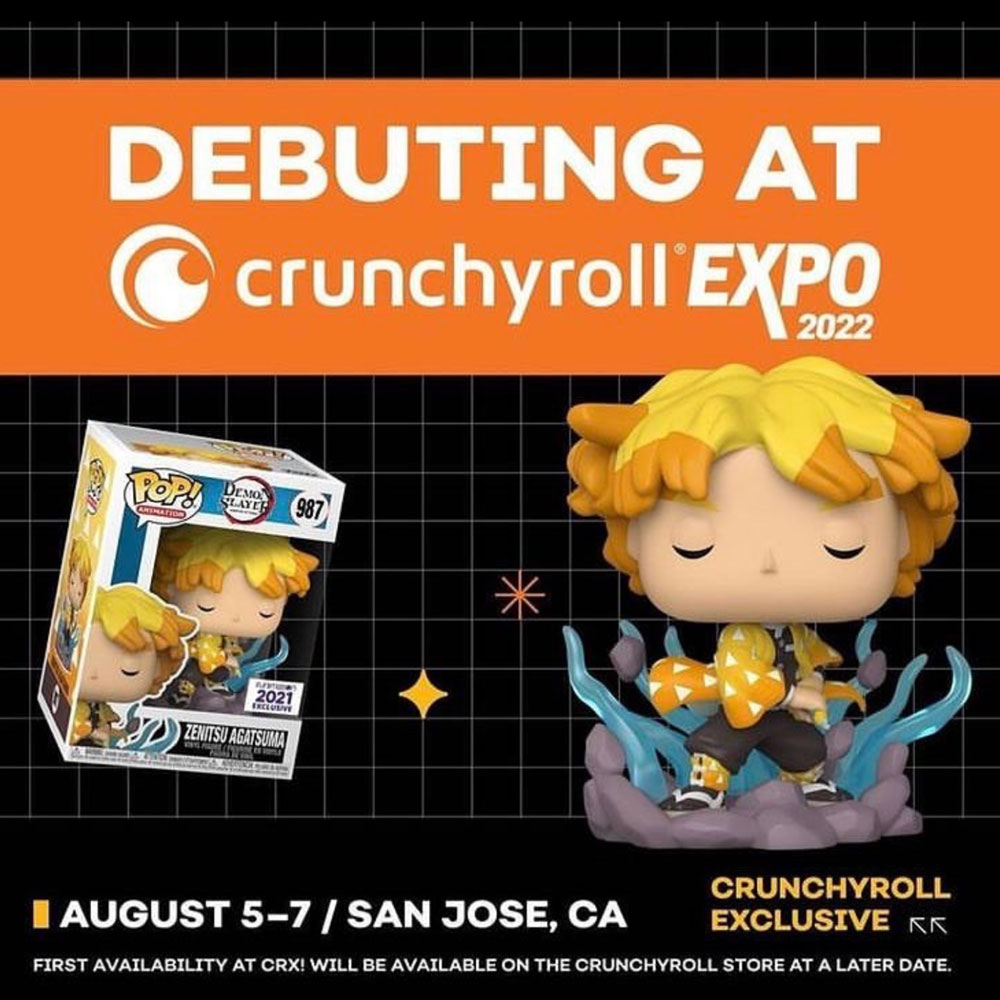 At first, Zenitsu is presented as a whiny, weak-looking boy. Much of this comes, according to the manga, from his past.

Not having been raised by his parents, Zenitsu has spent much of his life alone, affecting his confidence and self-esteem. Without any proper guidance in his life, the boy fell in love with a young woman.

The romance, which already seemed doomed to failure, ended when she ran away with another man, and Zenitsu sank into debt.

It was then that Jigoru Kuwajima became her salvation. The former Thunder Hashira paid Zenitsu’s debts and made him his apprentice. 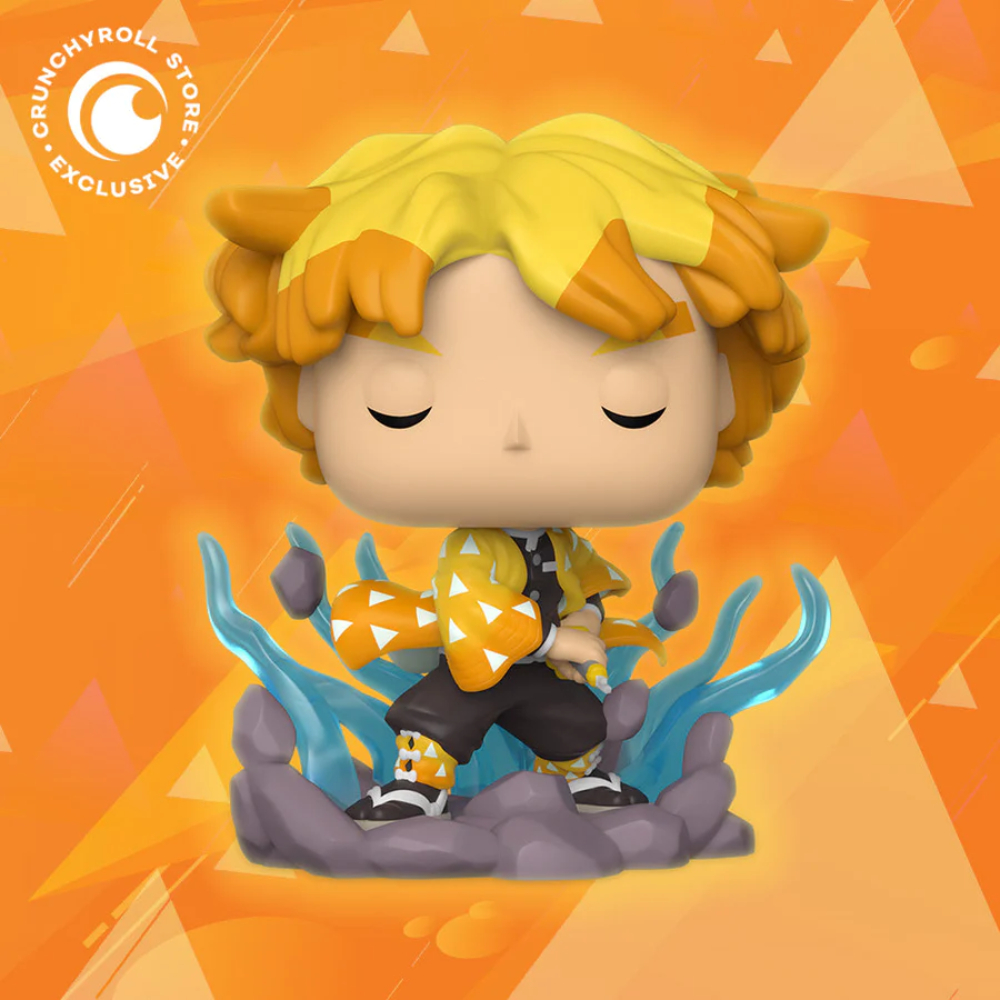 However, Zenitsu’s complicated personality saw his master’s training as a threat to his life. One day, after climbing a tree and refusing to continue his training, lightning struck him, transforming his hair from a dark shade to blond.

Being struck by lightning did not change his view of Jigoru’s training, but after the incident, he managed to develop the Seventh Form of Thunder Breathing, Honoikazuchi no Kami.

Zenitsu’s “other personality” is another curious factor about his story. He faints at the peak of his fear, falling into a deep sleep. In this state, he can effectively deliver his attacks.

Thunderclap And Flash, the first form of Thunder Breathing, is performed to perfection, and his technique can vary between six and seventh forms.