This Funko Pop! College: University of North Carolina Mascot – Rameses Funko Pop! Vinyl Figure became the Mascot for the University of North Carolina in 1924, is scheduled to be released in February 2021 and is now available for pre-order in the links below. He’s a costume mascot but there’s also a real-life Dorset Horn sheep named Rameses who attends football games with his horns painted Carolina blue. 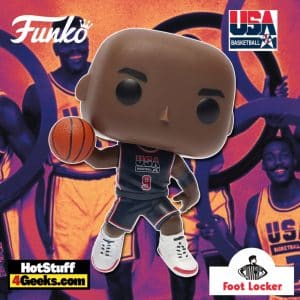 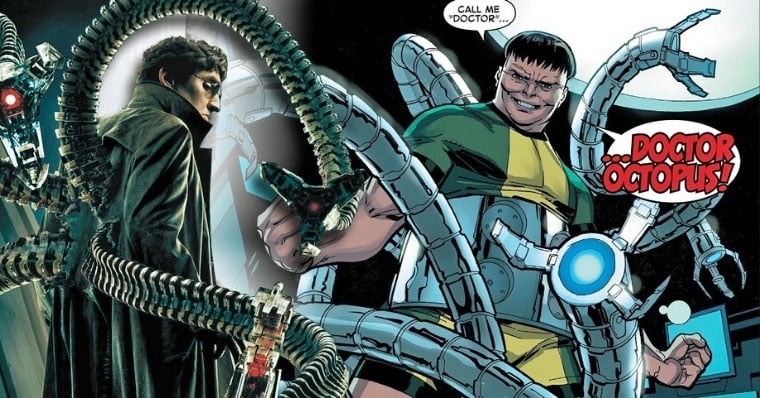 How Did Doctor Octopus Get His Arms? How Do They Work?

Doctor Octopus is one of the most iconic villains among Spider-Man‘s impressive roster.

His intelligence is remarkable, but the distinguishing feature that most fans immediately remember is his mechanical arms – or tentacles – that he uses for various purposes, such as taking on the Friendly Neighbor.

Created in 1963 and first appearing in The Amazing Spider-Man #3, Otto Octavius has reached media far beyond the comics. However, regardless of all these variations, his mechanical arms remain the character’s most distinctive element.

With all versions present in live-action, animation, or comic books, the tragic story of the brilliant scientist who becomes a dangerous antagonist is known to many in its various forms.

Yet even though he is a fan favorite and generally a prevalent character, not everyone knows specific details about how Doc Ock‘s main ability works or what his arms are made of.

How Did Doctor Octopus Get His Arms?

Initially, Dr. Otto Octavius’ arms were built for a very positive purpose. As a scientist working with radioactive substances, he needed to keep a certain distance to handle these elements safely.

To solve this problem, he built these tentacle-like arms attached to his body with chest support. The resemblance of the mechanical limbs to tentacles gave rise to the villain’s nickname: Doctor Octopus.

After suffering several personal losses, an accident happened in his laboratory, and the scientist was hit by radiation after several volatile liquids exploded.

The accident, however, came with severe consequences, causing irreversible damage to Octopus‘ brain, leading the scientist quickly down a criminal path. In addition, this explosion and the contact with the radiation caused him to control his arms with his mind.

How Do Doctor Octopus’ Arms Work?

As explained, Doc Ock’s superhuman abilities come from his psychic link to his arms, which he acquired after the lab accident. As a result, he can control the equipment mentally, using it for multiple purposes that go far beyond working safely in the lab.

The character’s “tentacles” have electronic capabilities and can extend to double their standard length. Each arm, composed of several overlapping layers of metal, ends in a claw, which in turn can be rotated through 360 degrees.

Each segment in these tentacles also has highly efficient motors. Despite their size, the arms are light and robust and have batteries and control circuits to act in a pre-programmed manner if the villain loses consciousness or control. This capability allows the equipment to save the villain’s life on its own if needed.

Octopus‘s telepathic control is not immediately cut off when one of the artificial arms is separated from his body. The comics have already shown him controlling the arms even from a distance.

For each of the tentacles, he can lift an impressive weight of up to about 8 tons. They also move quickly and efficiently, which makes them even more powerful. Like many versions of the character show, the tentacles allow the antagonist to move around as he wishes, even climbing walls.

The radiation that the scientist was exposed to in the accident gave him the ability to “feel” through his artificial arms.

Through the electrical connections formed between the support of the arms and the character’s spine, his brain can interpret information about a surface’s electrical resistance.

What Are Doctor Octopus Arms Made Of?

In his original version, the villain’s arms were built using titanium. Nevertheless, this is not the final answer to the question. The character has created more than one version of his arms.

In 1980’s Daredevil #165, part of the story is dedicated to the villain trying to improve his arms to an adamantium version. After losing a fight against Spider-Man, he decides to upgrade when thrown from a ship and sinks into the sea.

When he tries to make one of his arms grab the ship’s hull, removing a piece that can serve as a support, the object breaks, almost leading the antagonist to his death. Managing to save himself thanks to his other arms, he repairs his equipment and builds a more stable version.

The Daredevil’s girlfriend at the time, Heather Glenn, discovers that her company was secretly working with Octopus on this goal.

Thus, the villain acquires a new version of his arms but barely has time to test them. Shortly after the project comes to reality, the hero finds him and manages to defeat him while Octopus is doing the initial test of the new arms.

Octopus has already faced powerful heroes such as Iron Man and even Hulk, managing to destroy Tony Stark’s armor and restrain the Emerald Giant with his adamantium arms. In addition, the tentacles have also proven to be very useful in defense, being used to protect the character from fire shots.

A third version is presented in the comic The Amazing Spider-Man #687, published in 2012. At one point, Spider-Man recognizes the material that composes his arms as carbonadium.

This durable, radioactive metal is far superior to steel but is cheaper and more malleable than adamantium. As a result, it is also less resistant than the latter, although it also requires much power to be destroyed.

Doc Ock also showed interest in making weapons using vibranium, although he never succeeded in putting this plan into action like the previous ones.

In 1981’s Captain America #259, the villain tries to steal the titular hero’s shield to study the material it is made of and use it in his own equipment. In this struggle, he is not only defeated but also unable to build new arms. 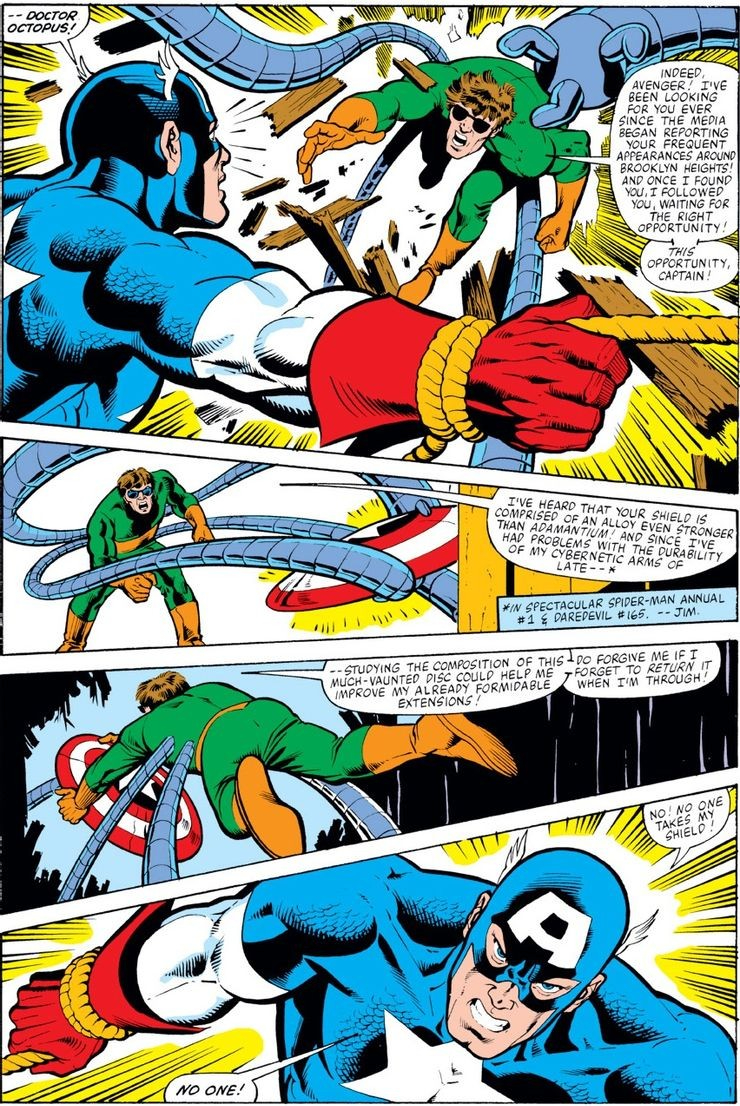 Even though he has not managed to improve his arms again, his evolution is good evidence that the scientist is not satisfied with staying with the same equipment, no matter how good it is.

Thus, in several moments he appears making (or trying to make) improvements to his primary weapon, which is why there is no single answer to the question of what material his arms are made of.

It all depends on the version of the presented character, his enemies, and his goals within this context. After all, it is possible to use titanium to take on Spider-Man, but super-strong enemies require more vital metals. 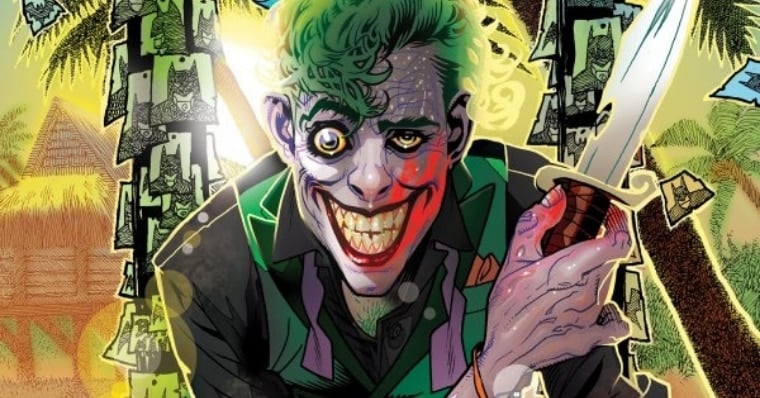 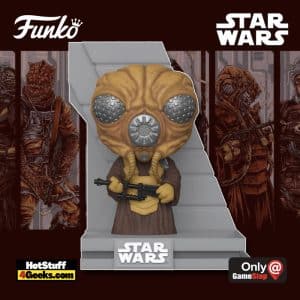 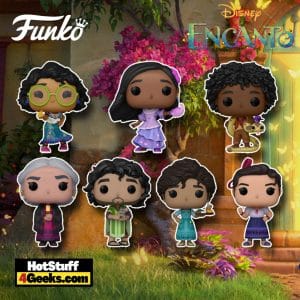 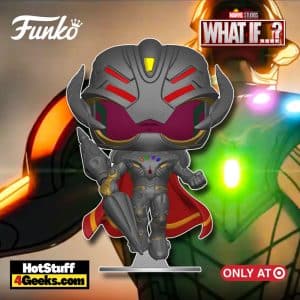