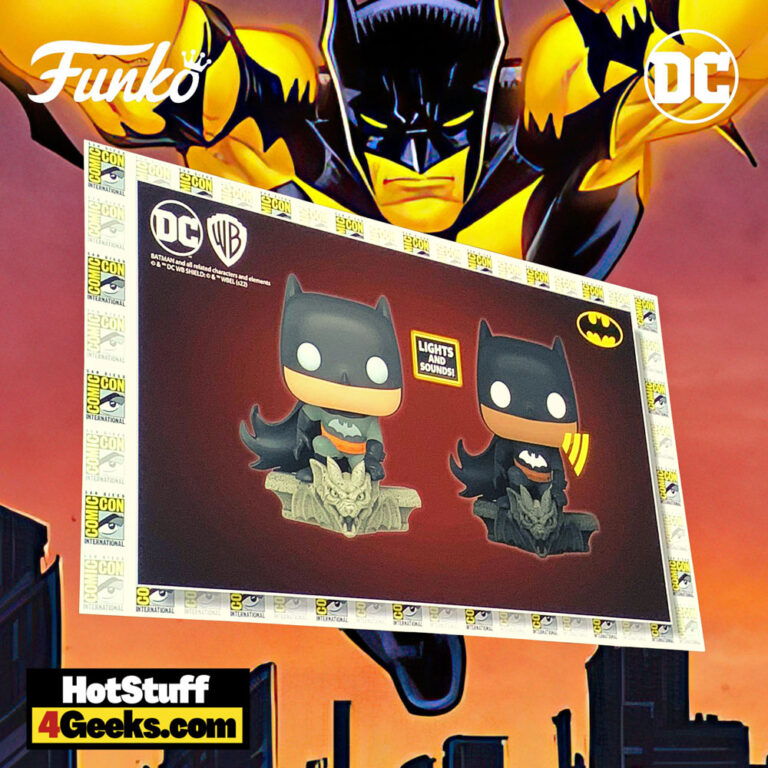 If you’re looking for a trusty sidekick, look no further than the Batman Funko pop figure.

The new Funko Pop! DC: Batman Lights and Sound Funko Pop! Vinyl Figure is ready to take on whatever crime comes your way. His light-up eyes and sound effects will come in handy when you’re trying to navigate the dark bat cave.

So if you ever find yourself in a tight spot, you can rest assured that Batman will be there to save the day.

There are a lot of Funko pop figures out there these days. But sometimes, you just can’t find the right one.

You need a figure that’s not only stylish and unique but also one that has some extra features to really bring your collection to the next level.

Plus, the Batman Funko pop figure is also sure to make a great conversation starter, but don’t expect him to actually say much. He’s a man of few words, after all.

So if you’re looking for a fun, interactive way to bring the Caped Crusader into your life, this is the perfect solution.

Batman Lights and Sound Funko Pop! is coming soon. There’s no release date yet, but stay tuned because I’ll update more information in the long run.


Batman is one of the most popular superheroes of all time, and there are many reasons why. For starters, he has a fantastic back story.

Orphaned as a child when his parents were gunned down in front of him, Bruce Wayne took up the mantle of the Bat to fight crime and bring justice to Gotham City.

He’s also an expert detective and master of disguise, making him a tough opponent for even the most criminal masterminds.

And let’s not forget his signature gadgets, from his trusty batarangs to his high-tech Batmobile. But what really sets Batman apart is his unwavering dedication to fighting evil.

He protects Gotham City day and night, rain or shine, and never hesitates to put himself in harm’s way for the sake of others.

To the outside world, Gotham is a city full of criminals and maniacs, but to Batman, it’s home. He knows the streets and alleys better than anyone and is determined to keep them safe.

Batman is a shadowy figure, never seen in the daylight. He strikes fear into the hearts of criminals, and his allies are few. But he’s not alone in his mission to clean up Gotham.

He has the support of Commissioner Gordon and the Gotham City police force. Together, they work to keep the city safe from The Joker, Two-Face, or The Penguin.

It’s a never-ending battle, but Batman is up for the challenge.

That’s why Batman is such a great hero: he’s always ready to save the day.