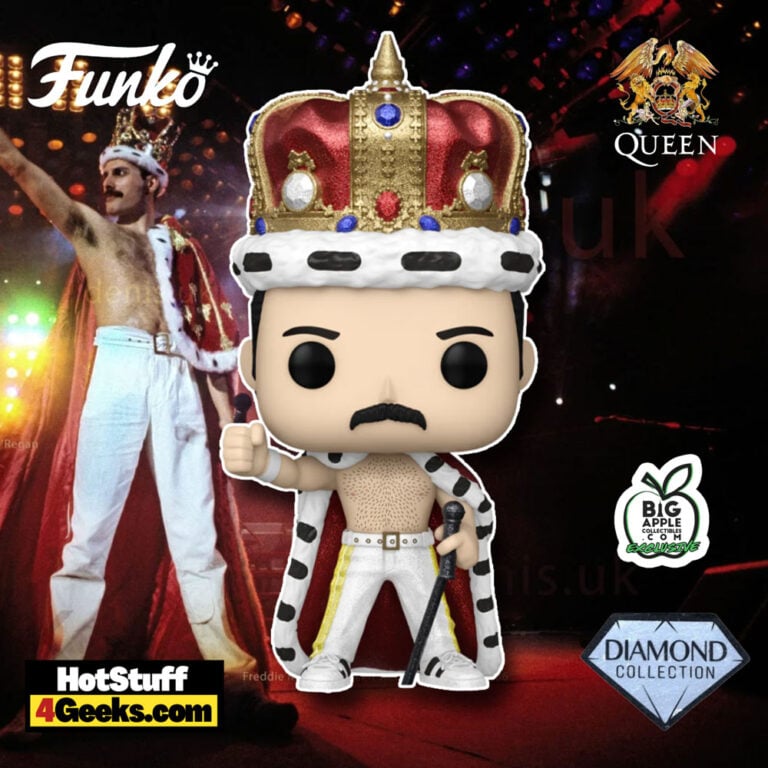 Some crowns are inherited. Some are earned. With songs that took drama to the next level, Freddie took on rock royalty with ease.

From his gold-trimmed pants to his elaborate crown, this figure will make a striking addition to any collection!

This figure can be found below (click to jump!)

Are you a Queen fan? This Pop! Freddie Mercury’s exclusive makes a great addition to any fan’s home decor.

The Freddie Mercury King Funko Pop! from Diamond Collection is now available for pre-order at the links below (click to jump!) 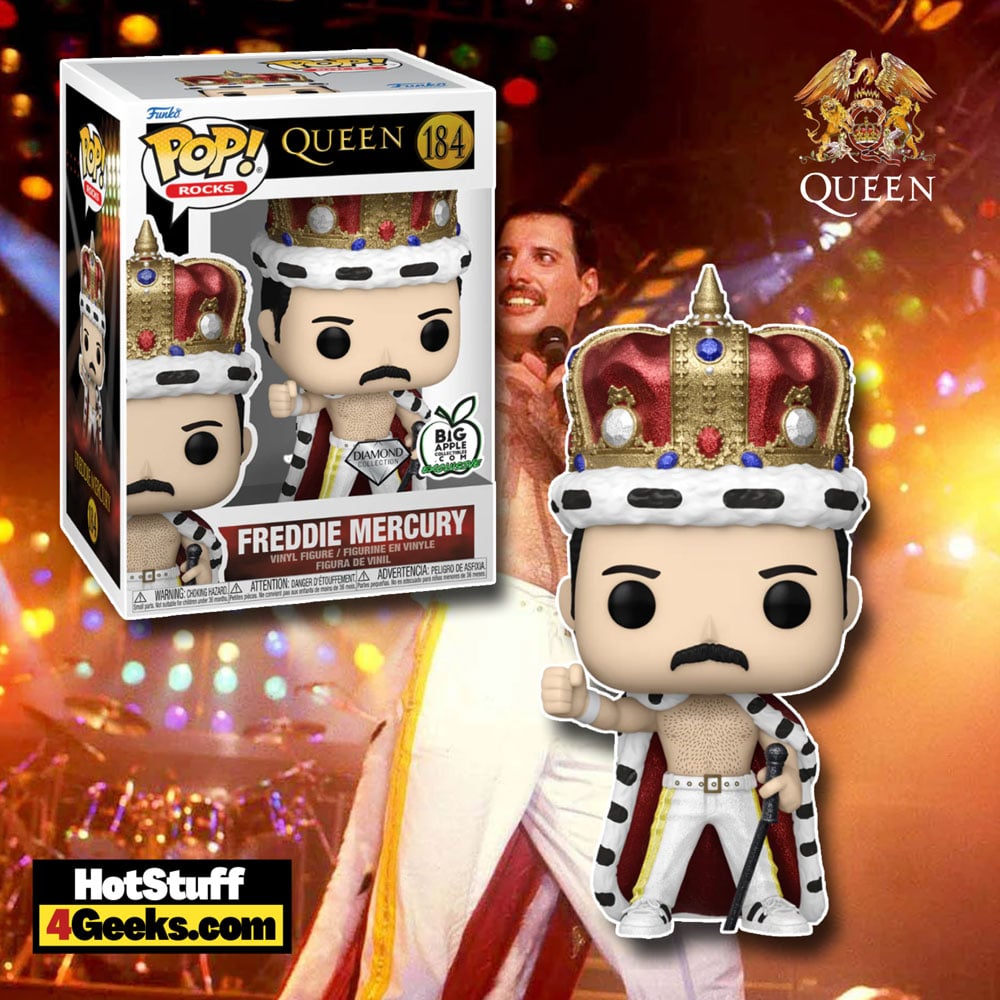 He was born Farrokh Bulsara – in Stone Town, Zanzibar, on September 5, 1946 – but adopted the stage name of Freddie Mercury.

As the leader of the Queen and holder of a unique voice, he conquered his space in the gallery of the most talented. Freddie Mercury is one of the best singers of all time, recognized by critics and the legion of fans who still worship him. 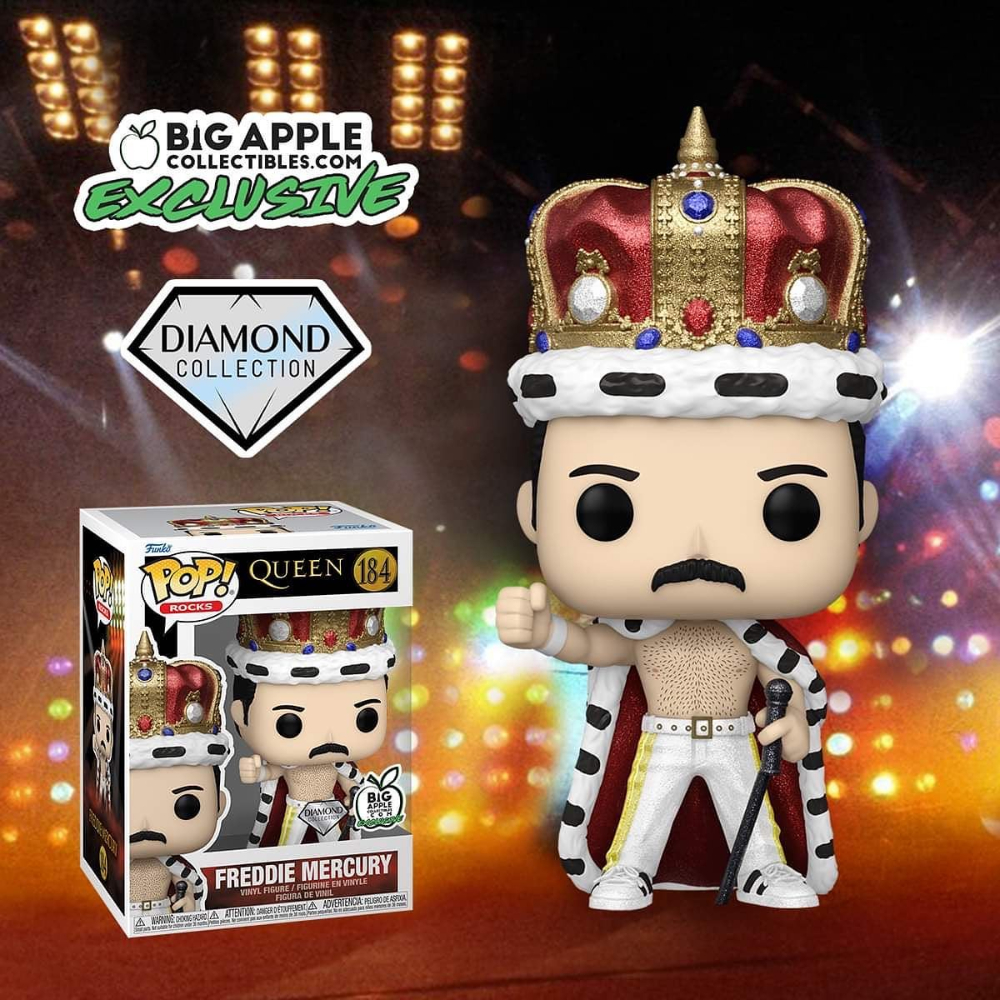 He joined the Queen when he met bassist Tim Staffell in college, who had a band called ‘Smile,’ composed by Brian May, the guitarist, and Roger Taylor, the drummer.

Freddie once took part in one of the rehearsals and became a vocalist from April 1970, when Tim left the group. The band is now called ‘Queen.’

As a composer, Mercury created several songs that elevated Queen. The highlights are ‘Bohemian Rhapsody,’ ‘We Are The Champions, ‘ and the romantic ‘Love Of My Life.’

Freddie Mercury wasn’t only an incredible musician, but he was also a fashion icon. From short shorts, via kimonos and military jackets to spandex that barely left anything to the imagination!