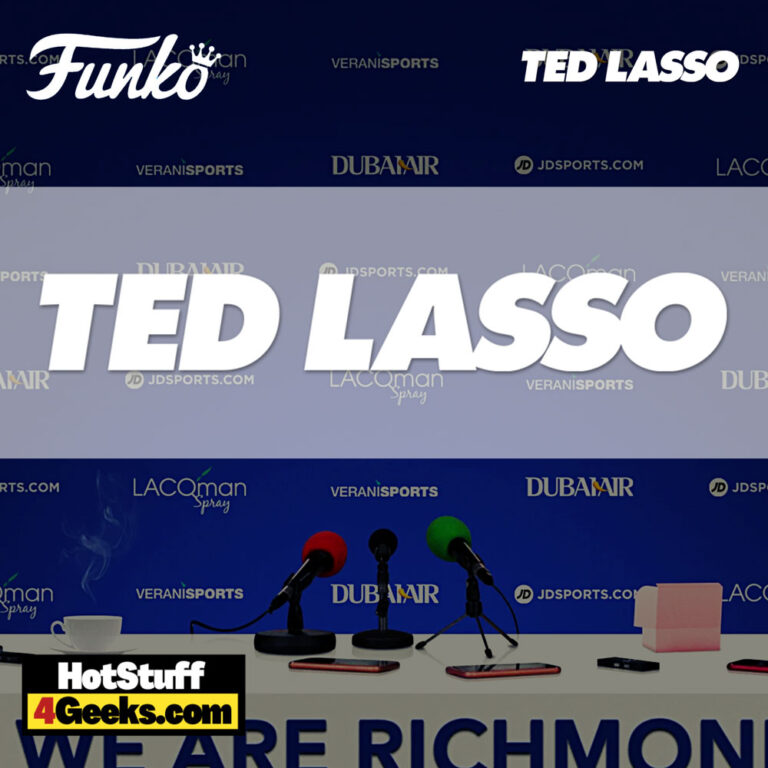 The only thing better than watching the Richmond RFC take on their opponents is watching the Ted Lasso Funko pops do the same!

It’s the perfect way to show your spirit for the team and get everyone pumped up for the game day. And the new collection includes some of our favorite characters from the hit TV show.

So, here’s the Ted Lasso Funko pops list for this release:

Ted Lasso Funko Pop! Vinyl Figures is an unconfirmed release. It is only official when or if Funko announces it. I’ll update more information in the long run.

Ted Lasso is a comedy TV show that follows the story of an American football coach hired to coach a professional soccer team in England.

The show is meant to be a fish-out-of-water story, with Ted navigating into the unfamiliar world of soccer while trying to win over the skeptical players and fans.

However, despite his lack of experience, Ted is actually a very successful coach, thanks to his ability to connect with people and his optimistic attitude.

Throughout the show, Ted not only helps the team improve on the field, but he also teaches them valuable life lessons off it.

The show is funny, heartwarming, and ultimately feel-good, making it one of the most enjoyable shows on television today.

Ted Lasso has been gathering a growing legion of fans. The series continues to inspire audiences with its positive and energetic attitude, but the public still wonders where the inspiration for the series came from.

Is the series based on a true story?

Early on in the series, we meet Ted, a newly hired American as the coach of the AFC Richmond team.

The history of the team and the amount of merchandising available to fans led the audience to believe that Ted Lasso was, in fact, based on the history of a real-life team.

The truth, however, is that it is all just fiction, albeit with some real-life inspirations.

According to the co-creator and the protagonist of the series, Jason Sudeikis, Ted came from various sources.

Combining wit, humor, and mentorship, Sudeikis and his team sought to create an award-winning production that would also highlight the protagonist’s personality.

Thus, Lasso was inspired by several people in Sudeikis’ life, including his high school basketball coach, Donnie Campbell, who was full of good humor, puns, and jokes, and longtime icons the actor admired, such as Robin Williams.

Another inspiration for the character comes from Sudeikis himself.

He hopes to be a version of Ted one day, someone who doesn’t worry about the little things and has an objective perspective on life.

Ted Lasso is already renewed for its third season.