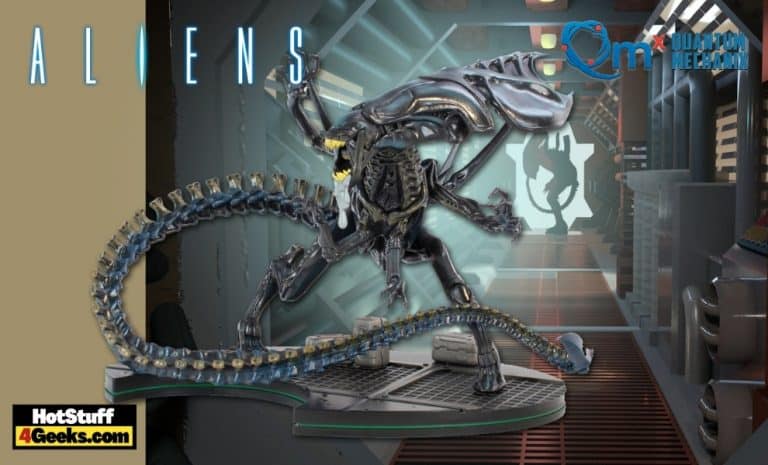 Inspired by the iconic sci-fi action/horror film Aliens, the Alien Queen Q-Fig Max Elite brings us the Alien Queen majesty just as she’s about to exact her revenge on Ripley.

In Alien: The 8th Passenger, we are introduced to a new, seemingly indestructible creature. With exceptional ability to adapt and learn the environment, a resistant body, enviable agility, acute predatory senses, extremely acid blood, aggressive behavior, and intending to survive and propagate the species, the xenomorph is practically invincible. It requires a good battle plan and tactics to defeat it.

The Queen of the Xenomorphs is one of the largest and toughest of the entire race. She is the one who commands and controls all the Xenomorphs and makes them protect her at all costs. The queen is the one who lays the eggs that originate the Facehuggers through a tube that she creates called an Eggshack.

This massive Q-Fig – the Queen stands 7 inches tall and towers over brave Ripley. Her barbed tail nearly wraps around the entirety of the starship-themed diorama base, and her razor-sharp teeth are ready to sever, well, anything. The best part? The base of the Alien Queen connects with the Ripley Q-Fig, allowing you to display them together as they meet in pitched battle.

Collect the Quantum Mechanix: Alien Queen Q-Fig Max Elite… before he collects you. It’s priced at $49.99 and can be found at the links below. Its release is scheduled for July 2021. 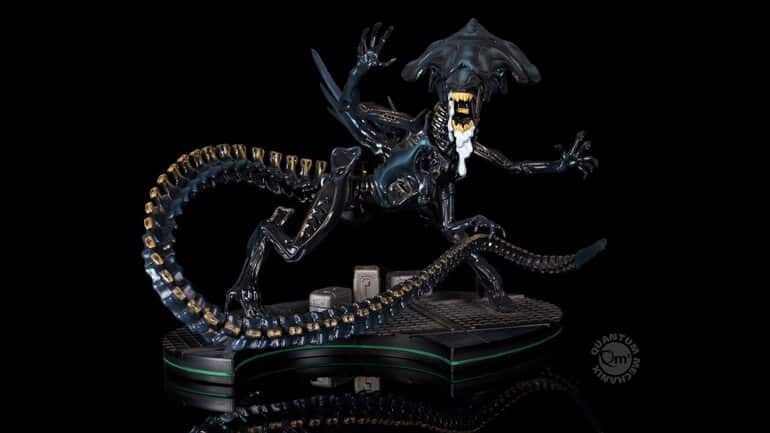 Blending science fiction, horror, and action like no other, the Alien saga has been through some good times, with high and low points and various twists and turns over the years. From great horror stories with isolation to bad crossovers, the Xenomorph plot has taken us to dark places in space.

The franchise currently has eight movies (and not all of them are part of the official canon), as well as several short films, comics, and games. To this day, the best example of the franchise is in its first film. Released in 1979, Alien: The 8th Passenger is one of horror cinema’s greatest classics, famous for working with a harrowing atmosphere, exploring isolation and fear of the unknown while introducing Ellen Ripley as one of the most fearless protagonists ever seen.

The film knows how to build tension and has memorable, unforgettable images – such as the scene where the Xenomorph “jumps” out of a crew member’s chest. Also noteworthy are the (few) appearances of Alien, which makes the film’s whole atmosphere even tense and suffocating. It’s a must for any fan of science fiction and horror.