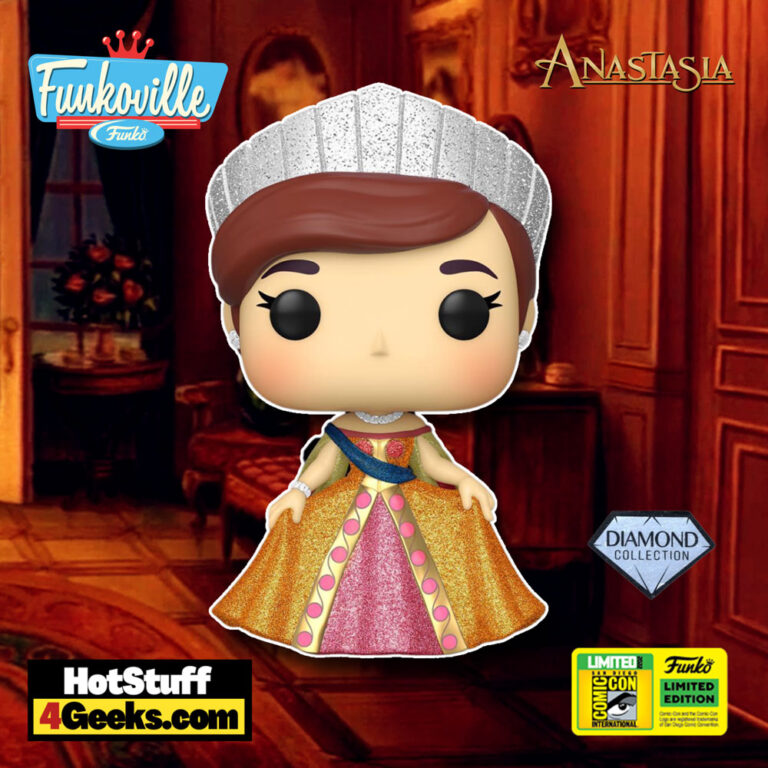 The Funko Pop was inspired by the 20th Century Studios’ 1997 animated feature, Anastasia, and features the film’s protagonist in a beautiful glittery dress.

Loosely inspired by the romantic legend of Princess Anastasia, supposedly the only living daughter of Tsar Nicholas II, Anastasia is the adventurous story of a Russian princess who lost her memory and grew up in an orphanage, not knowing who she was but always dreaming of becoming a princess.

During the adventure, Anastasia and her companions face the terrible sorcerer Rasputin, the bat Bartok – his inseparable companion – and a gang of servile spirits.

They are willing to do anything to end Rasputin’s curse on the Romanov family.

The SDCC 2022 exclusive, Anastasia Diamond Glitter Funko Pop!, can be found at the links below once the online sale begins (click to jump!) 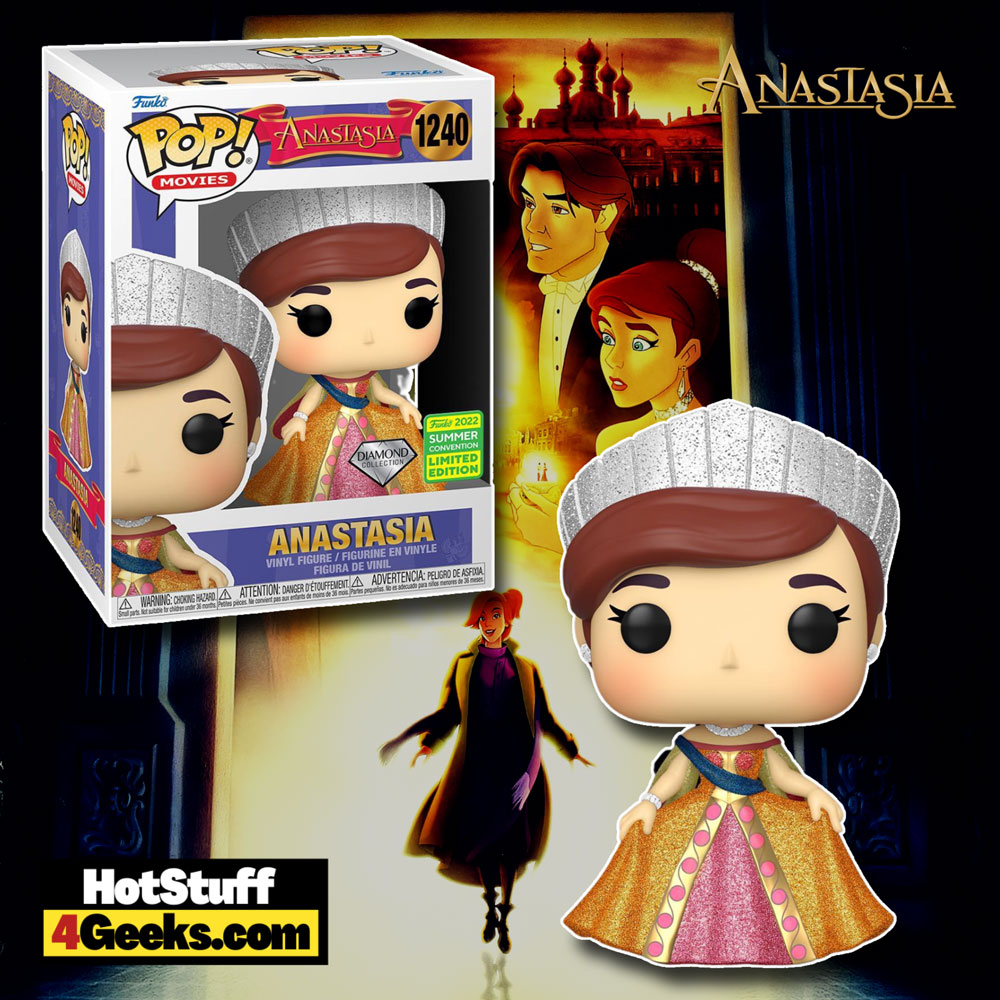 The movie tells the story of the royal family’s youngest daughter, who disappears from the palace after the evil Rasputin’s spell.

Years later, her grandmother, the grand duchess living in Paris, offers a reward to anyone who brings her granddaughter back.

With an eye on the money, two Russians test to find a girl who resembles the princess, and they meet Anya, a young orphan with everything she needs to impersonate Anastasia.

The end of the story is happy, with the meeting between Empress Marie and her granddaughter.

The truth is that the story of Anastasia’s “disappearance” is accurate, and numerous impostors became known worldwide – among them Anna Anderson, the most famous of them all, who almost managed to impersonate the princess.

The investigators of the time found only the bodies of her older sisters, younger brother, and her parents.

In fact, Empress Marie began searching for her granddaughter, hoping she was still alive. A while later, however, remains were found in the palace, and experts claimed they were Anastasia’s.

Dimitri, the romantic partner in the animation, was also inspired by real life. This was the name of the boy who helped the Empress and her granddaughter escape a major attack.

He worked in the castle kitchen and actually guided them through a passage that led out of the chaos. But unfortunately, the boy died before he could tell the story.

The film is just one of several that were inspired by the riveting story of the Romanov family and their lost princess and was quite successful at the time of its release.

It also received a Broadway stage adaptation, which opened in 2016.

The film shows with lightness and perfection some of the events of the Russian Revolution (1917-1923). A thrilling, intriguing, and absolutely irresistible film.