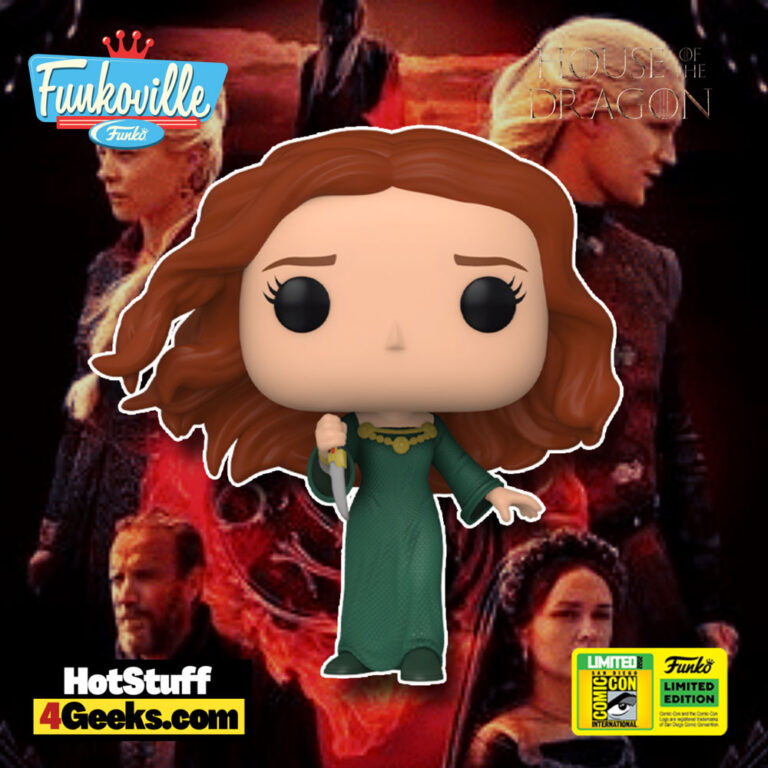 The new Funko Pop! Television: House of Dragon – Alicent Hightower with Dagger Funko Pop! Vinyl Figure – San Diego Comic-Con (SDCC) 2022 and Amazon Exclusive will be available starting July 21, 2022, at 6 am PT at the links below (click to jump!)

Alicent Hightower is the most beautiful woman in the Seven Kingdoms.

She was raised in the Red Keep, close to the king and his inner circle, and possesses a refined elegance and keen political insight.

Olivia Cooke plays the character as an adult and Emily Carey as a child in the new House of the Dragon TV series, which will premiere on August 21, 2022.

Alicent is known for being very beautiful, and her father is the Hand of the King. She is also known for her excellent political skills.

Whatever the case, I’m sure that Alicent will be a force to be reckoned with in the upcoming tv series.

The SDCC 2022 exclusive, Alicent Hightower with Dagger Funko Pop!, can be found at the links below once the online sale begins (click to jump!) 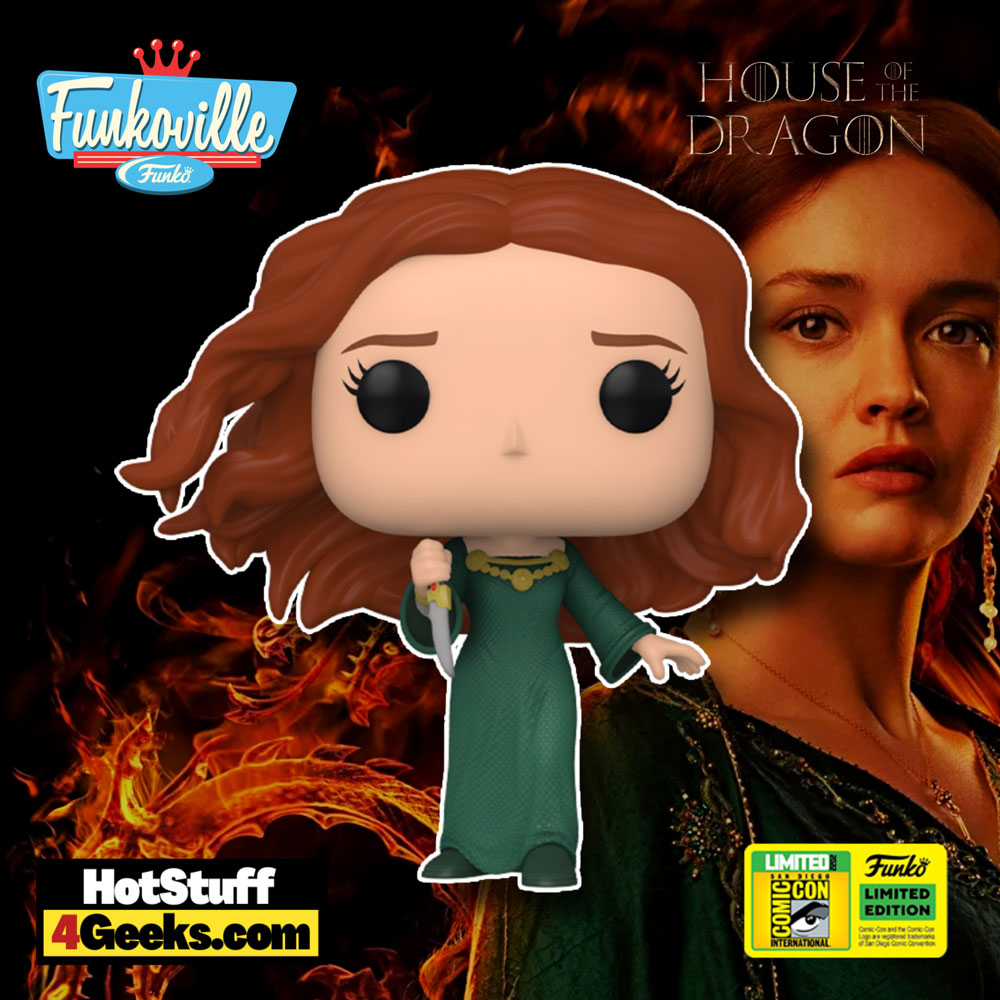 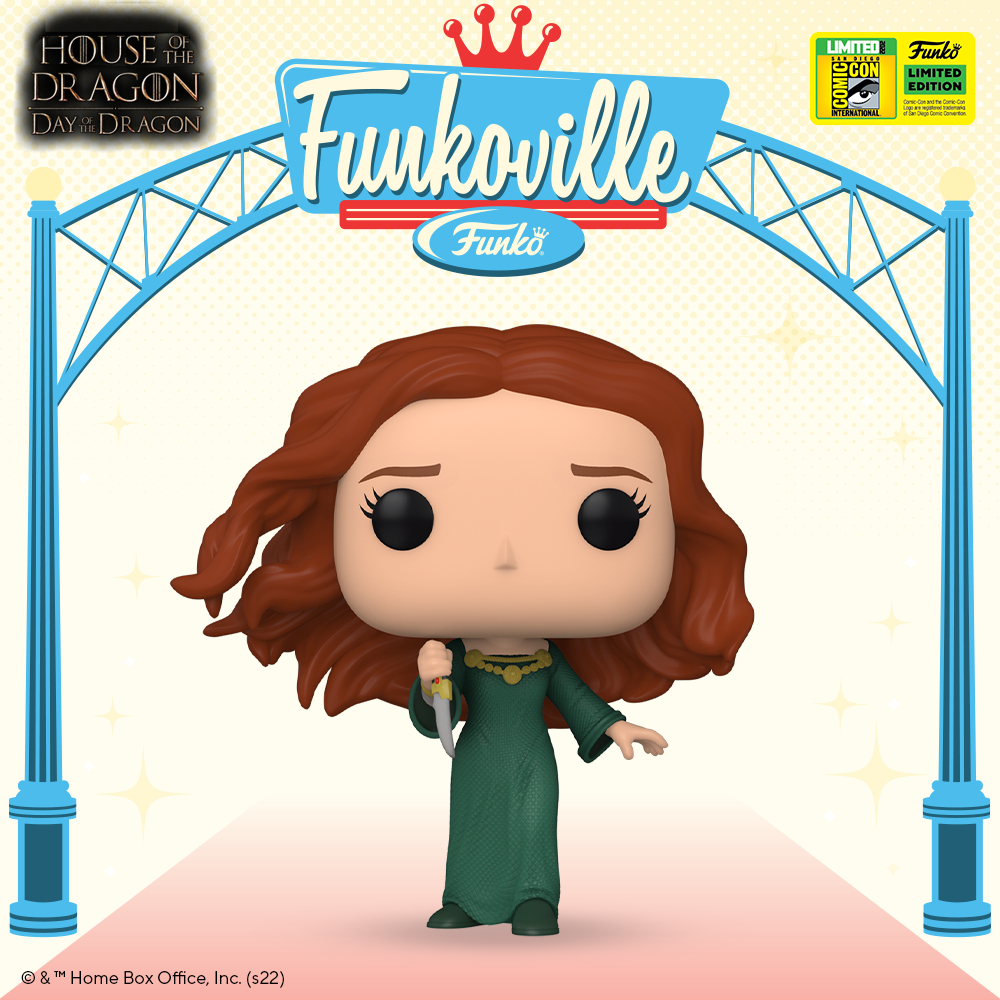 House of the Dragon is the Game of Thrones prequel series that will debut on Sunday, August 21, on HBO and HBO Max.

The 10-episode drama series will be set 200 years before the events in Game of Thrones and follow the story of House Targaryen long before Daenerys’ reign.

The series will focus on the early days of Westeros when the Seven Kingdoms were first established. We’ll see how House Targaryen rose to power and how they protected the realm from threats both Within and Without.

It promises to be an epic tale of love, war, betrayal, and dragons! So make sure you clear your calendar for Sunday nights at 9 pm, because you won’t want to miss this show!