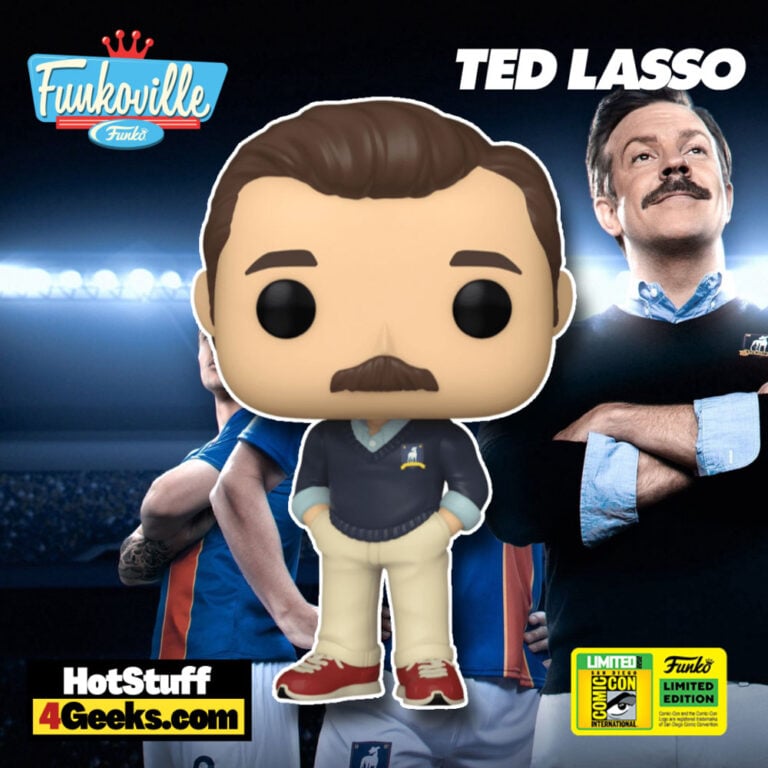 The latest subject of a Funko pop is Ted Lasso, the title character of an Apple TV+ comedy series played by Jason Sudeikis.

A former American football coach who switched to soccer, Ted Lasso is hired to coach a team in the Premier League, England’s top soccer league.

The figure captures Lasso’s kind-hearted coach as if saying, “I do love a locker room. It smells like potential.”

It’s a perfect way for fans of the show to show their support for Coach Lasso and his underdog team.

And who knows? Maybe with some luck (and a lot of hard work), Ted Lasso will lead his team to victory and become the first American coach to win the Premier League.

The SDCC 2022 exclusive, Ted Lasso Funko Pop!, can be found at the links below once the online sale begins (click to jump!) 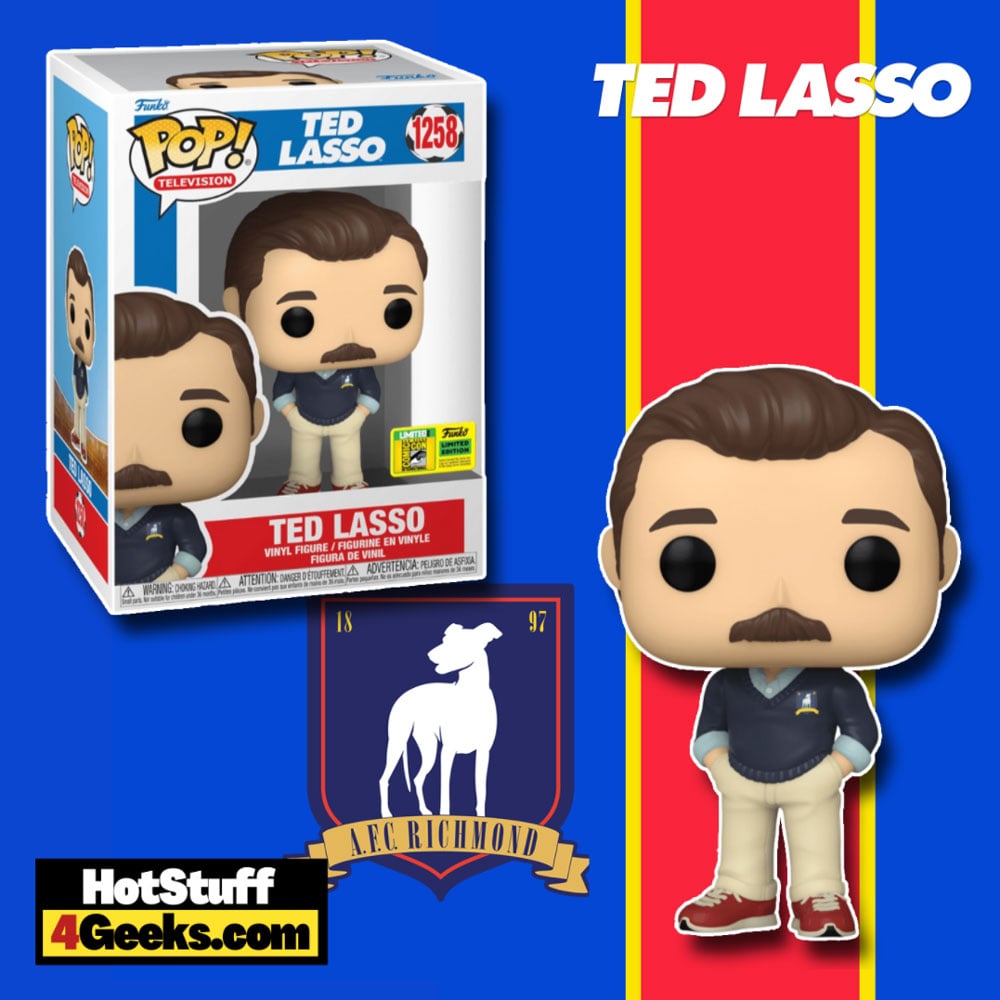 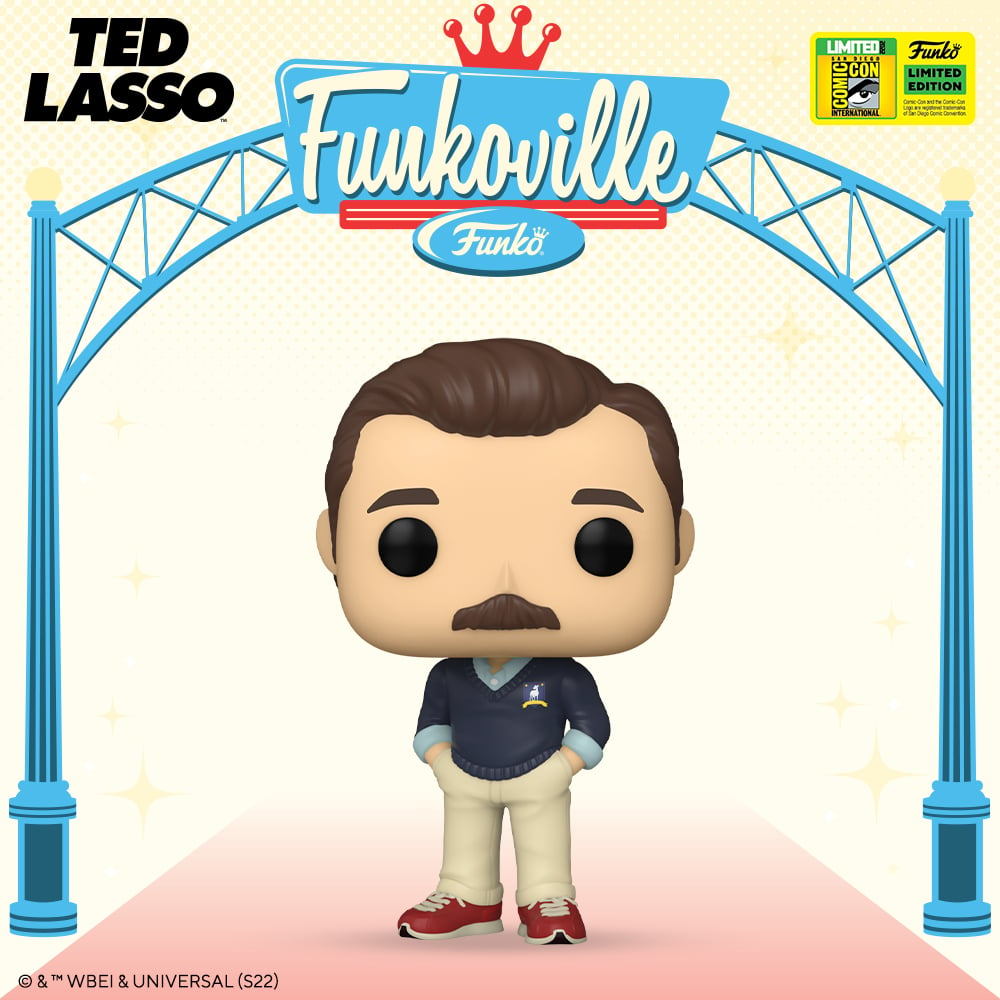 Lasso is sent into a universe whose rules he knows nothing about – but it seems he doesn’t care much about his own ignorance.

Ok, it is expected that a professional hired in his area should know the basics. But winning is not the main thing here, as ironic and absurd as it may sound.

More than the three points won, the team’s well-being is the goal. Lasso cares about every life around him, being a true mentor.

The character, however, is not made of iron: it was because of family problems that he left America, and deep down, he is someone who feels alone and is trying to find himself and get back on his feet.

Not coincidentally, it is the same journey that AFC Richmond needs to take.