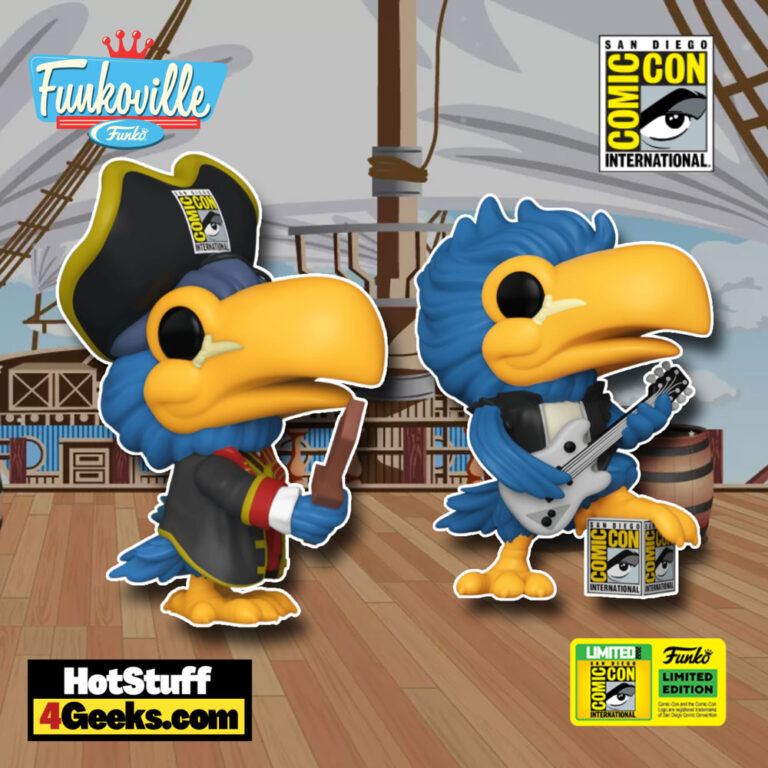 And what would Comic-Con be without its official mascot, Tucan?

This year, Tucan is donning not one but two costumes: a swashbuckling pirate and a rockin’ guitarist.

No matter which costume he’s wearing, Tucan is always on the lookout for adventure.

So, whether you’re cosplaying as your favorite character or browsing the exhibit hall, keep an eye out for Tucan!

He might just have a treasure map (or a guitar pick) for you. Arrrr!

The SDCC 2022 exclusives, Toucan Mascots Funko Pops!, can be found at the links below once the online sale begins (click to jump!) 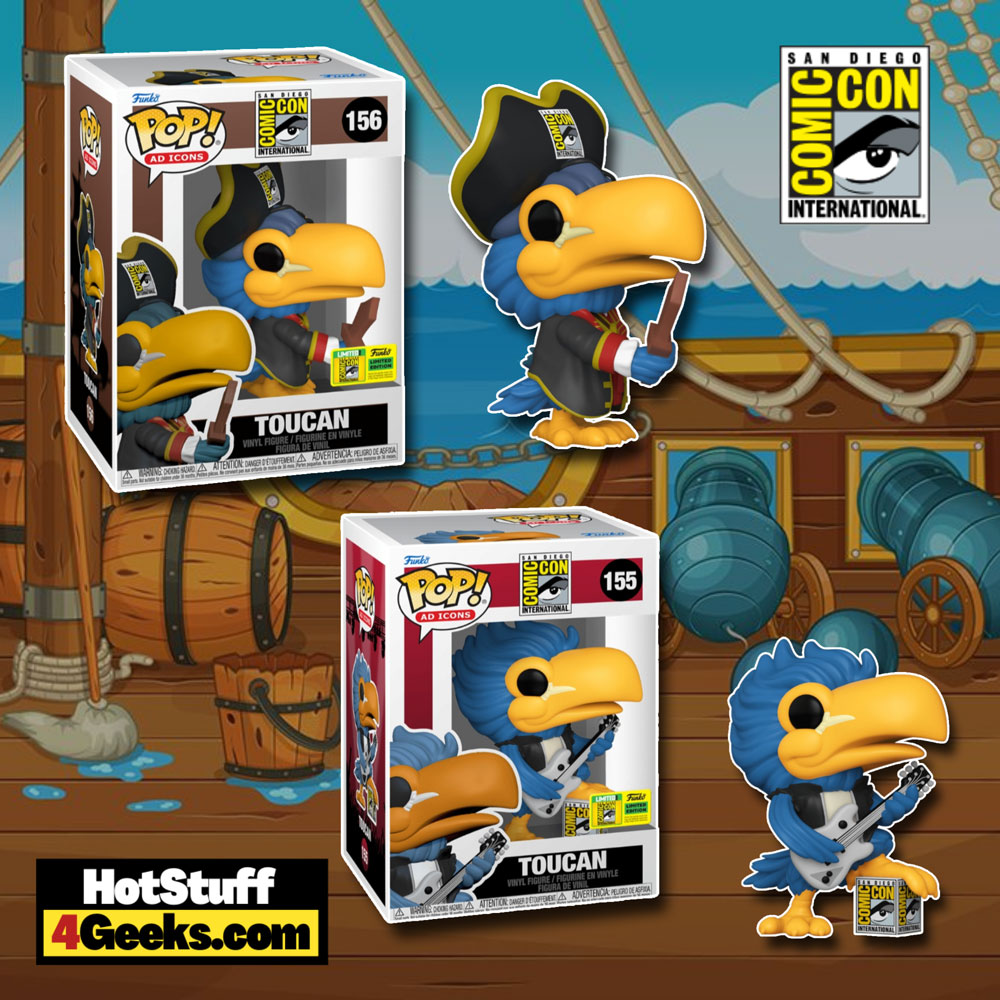 In the early days of Comic-Con, the event was known for its diverse range of programming, with panels on everything from comics to movies to Sci-Fi.

In order to stand out from the crowd, the organizers decided to adopt a mascot: Tucan, the friendly San Diego Comic-Con bird.

Tucan quickly became a beloved figure, appearing on merchandise and making regular appearances at the convention. 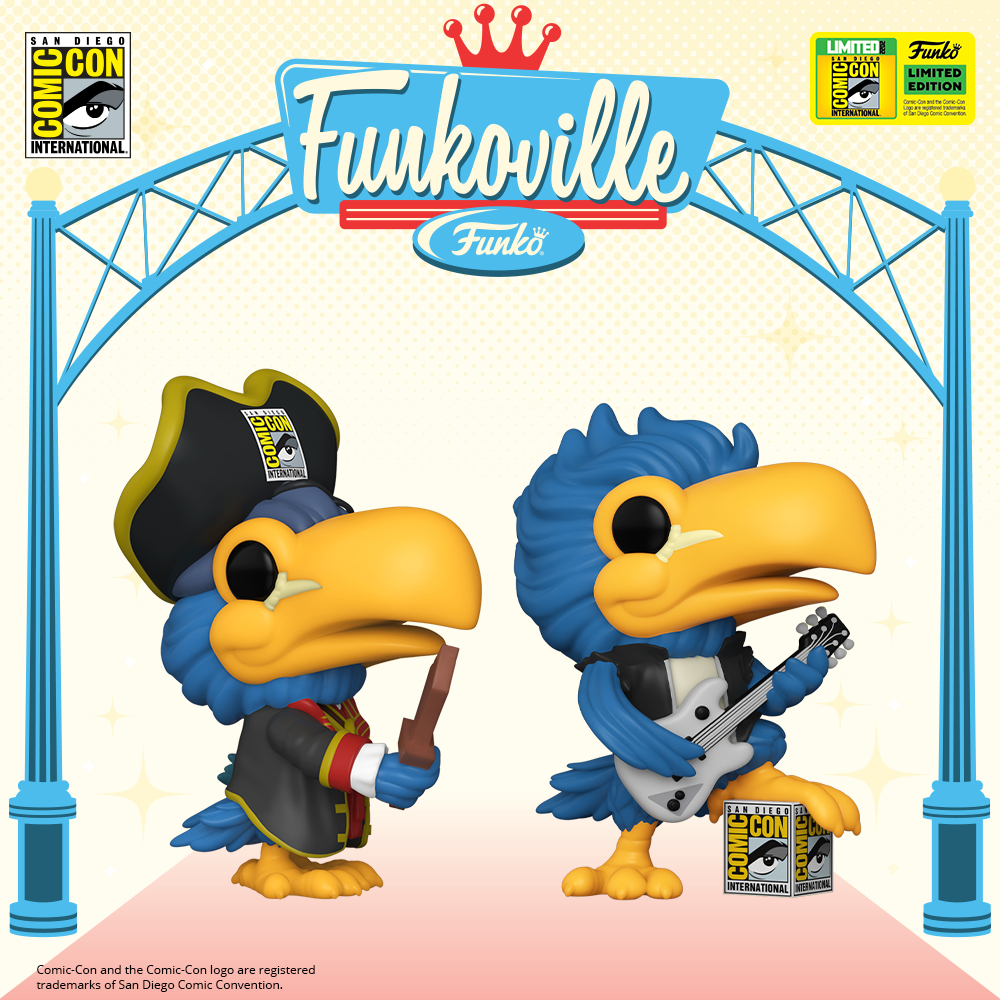 According to what I know, Tucan was created by San Diego–based cartoonist Rick Geary back in the early 1980s, who was looking for a way to make their mark on the convention.

He came up with the idea of a colorful bird representing the spirit of Comic-Con.

The artist made several prototypes before settling on the final design: a bright yellow bird with a big beak and a laid-back attitude.

Tucan has been a staple of Comic-Con ever since, and his image can be seen all over the convention center.

So next time you see Tucan at Comic-Con, be sure to give him a high five – he’s been representing for more than 40 years! 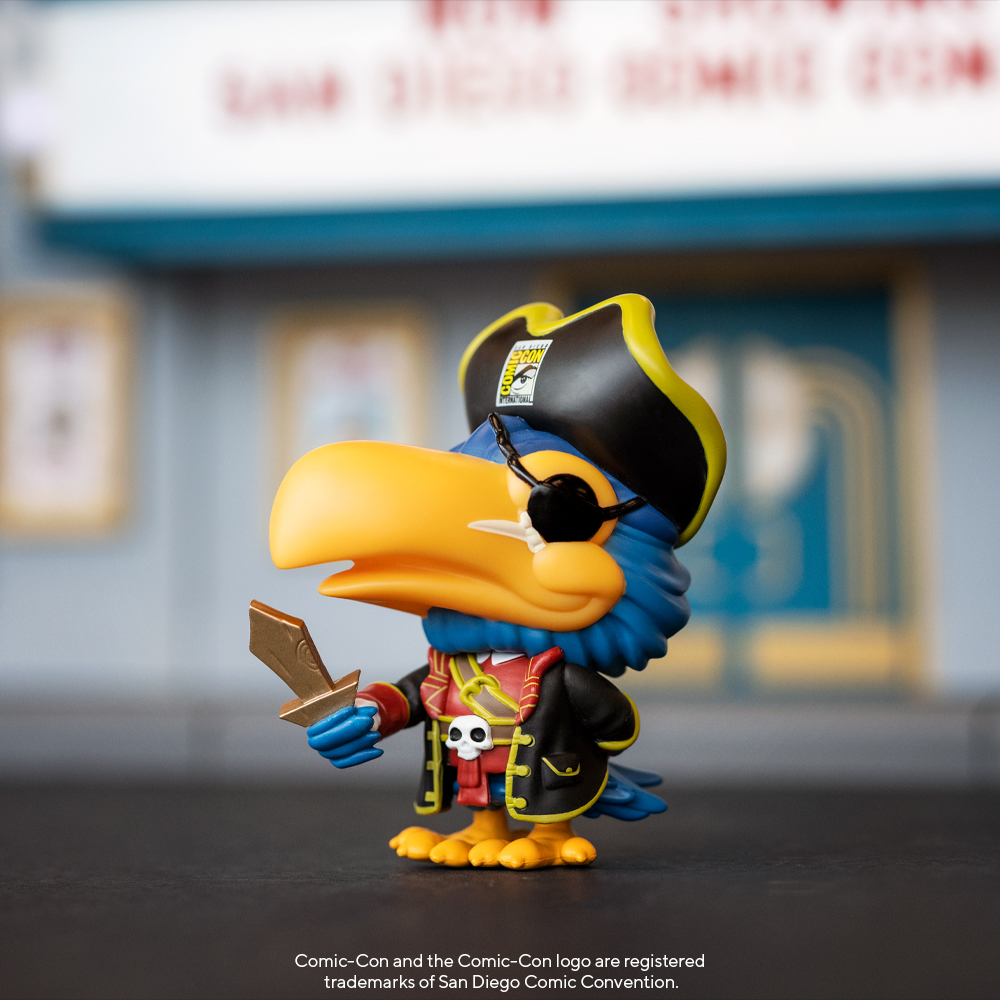