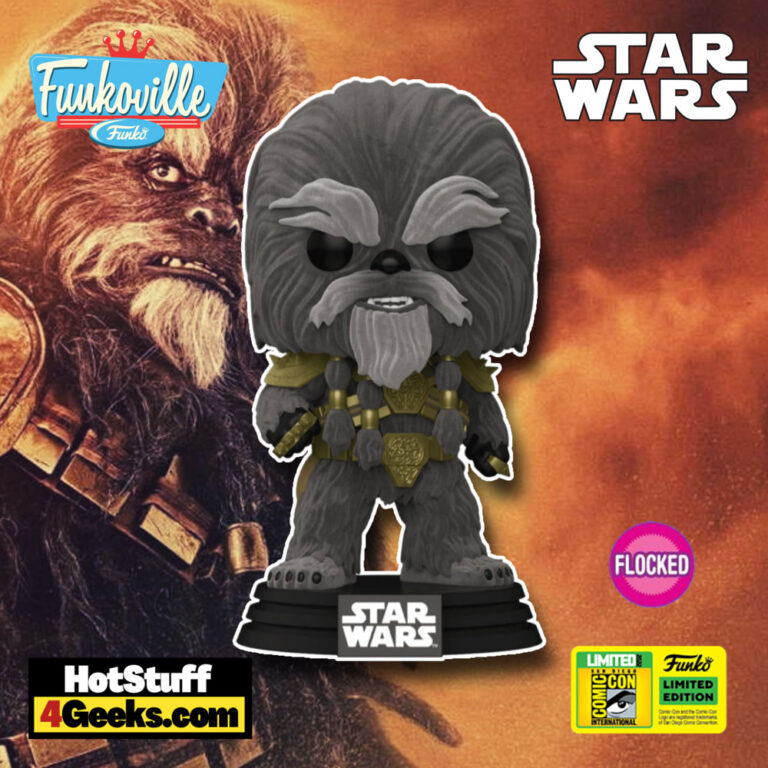 Krrsantan is one of the most feared bounty hunters in the galaxy. He first became prominent when he worked for Jabba The Hutt.

Since then, he has hunted down countless fugitives for the Empire and criminal syndicates.

However, he is primarily known for his cruelty and lack of mercy, which has earned him a reputation as one of the deadliest bounty hunters in the galaxy.

The SDCC 2022 exclusive, Krrsantan Flocked Funko Pop!, can be found at the links below once the online sale begins (click to jump!) 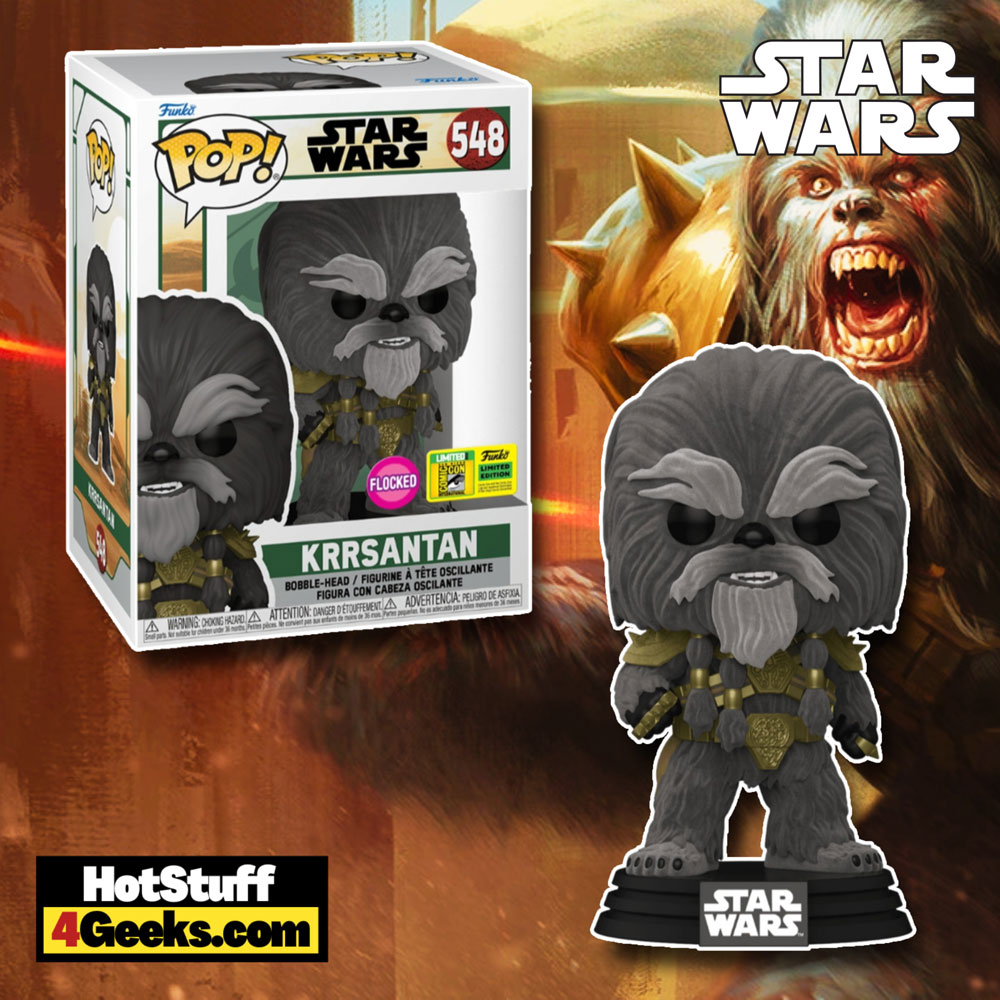 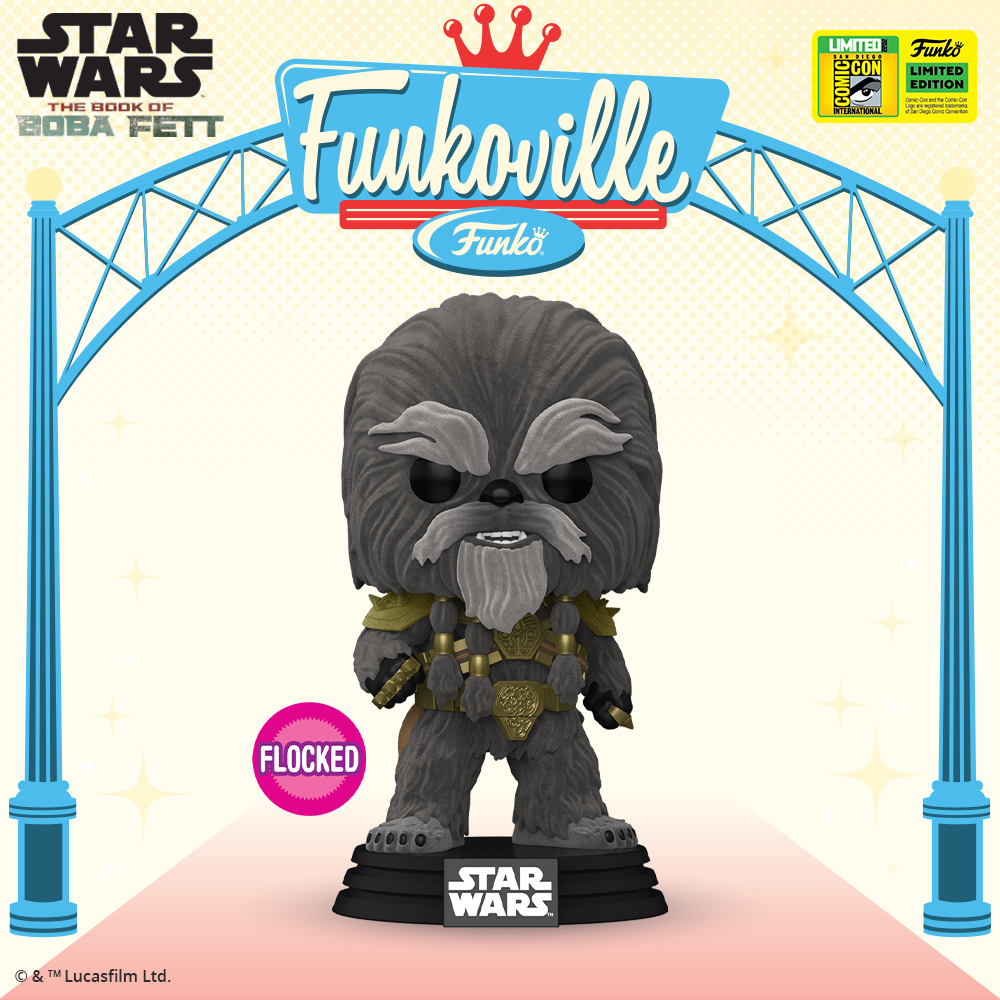 Black Krrsantan’s presence in The Book of Boba Fett may have been unprecedented if you don’t follow the Star Wars comics released by Marvel Comics.

Yet. the character first appeared in Darth Vader #1, published in 2015.

The Wookie also made appearances in Doctor Aphra, a comic book series published in 2016 that continues the events recounted in Darth Vader.

Another recent appearance of the gladiator was in Bounty Hunters #1 (2020), a comic book saga that follows the journey of some bounty hunters, including Boba Fett. 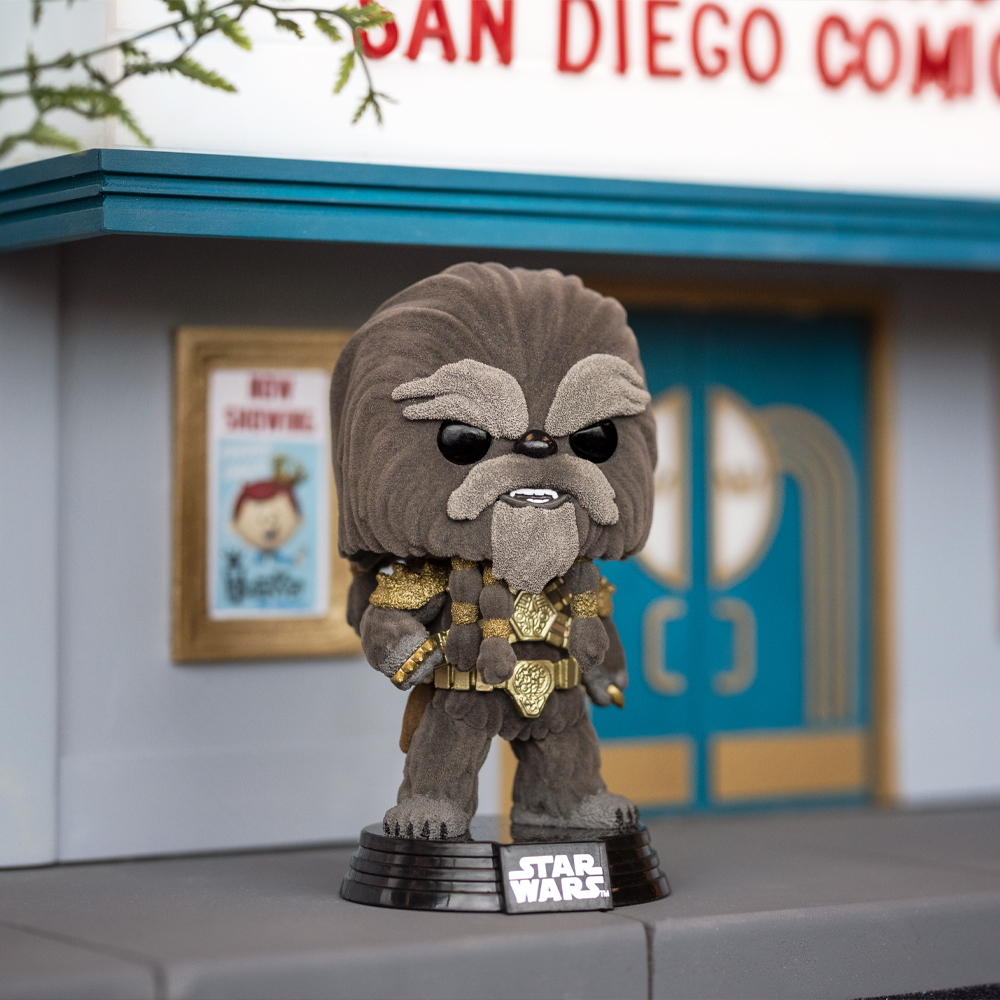 Born on Kashyyyk, the homeland of the Wookies, Black Krrsantan – also known as Santy, BK, or Black K in the Doctor Aphra saga – became a bounty hunter after fleeing his planet.

But his “craft” didn’t come about overnight: after leaving Kashyyyk, he was trained by the Xonti Brothers, a criminal organization that kept enslaved people to turn them into fighters.

It is noticeable that Krrsantan is quite different from Chewbacca, Han Solo’s much-loved partner.

The Wookie has a more aggressive and vicious appearance, with black hair and a fierce countenance. In addition, his face is scarred, and he has some gold ornaments on his body.

The Wookie has already proven he does not hesitate in front of challenging scenarios and is not afraid to betray his partners or even his species.

Considered one of the best bounty hunters in the galaxy, Krrsantan has extraordinary abilities when it comes to strength, capable of committing atrocities without much effort.

After all, he was trained as a gladiator, altering his body with metal parts to make himself more dangerous.