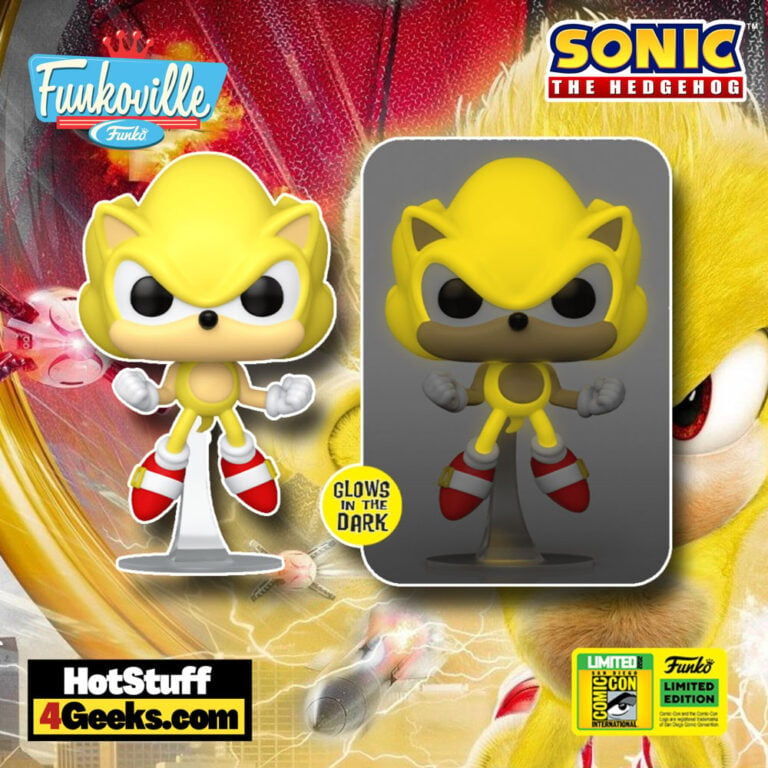 Sonic the Hedgehog is one of the most iconic video game characters of all time. Known for his speed and agility, Sonic has been thrilling gamers for over 30 years.

In his various adventures, Sonic has often relied on the power of the Chaos Emeralds to save the day.

These magical stones give Sonic the ability to transform into Super Sonic, a powerful form that allows him to fly and move at supersonic speeds.

While Sonic is typically cheerful and upbeat, Super Sonic is darker and more aggressive, reflecting the immense power that he wields.

While some fans prefer Sonic’s more lighthearted persona, there’s no denying that Super Sonic is one of the most badass video game characters around.

The SDCC 2022 exclusive, Super Sonic (First Appearance) GITD Funko Pop!, can be found at the links below once the online sale begins (click to jump!) 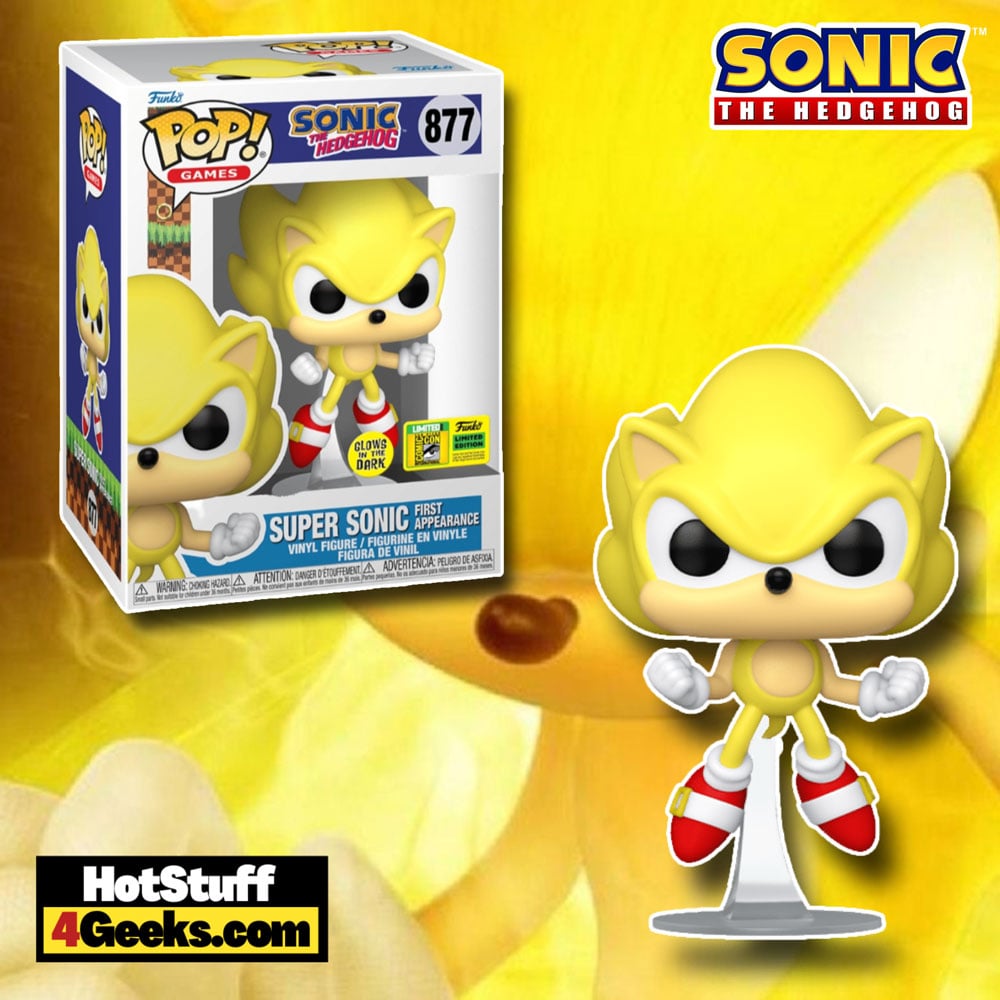 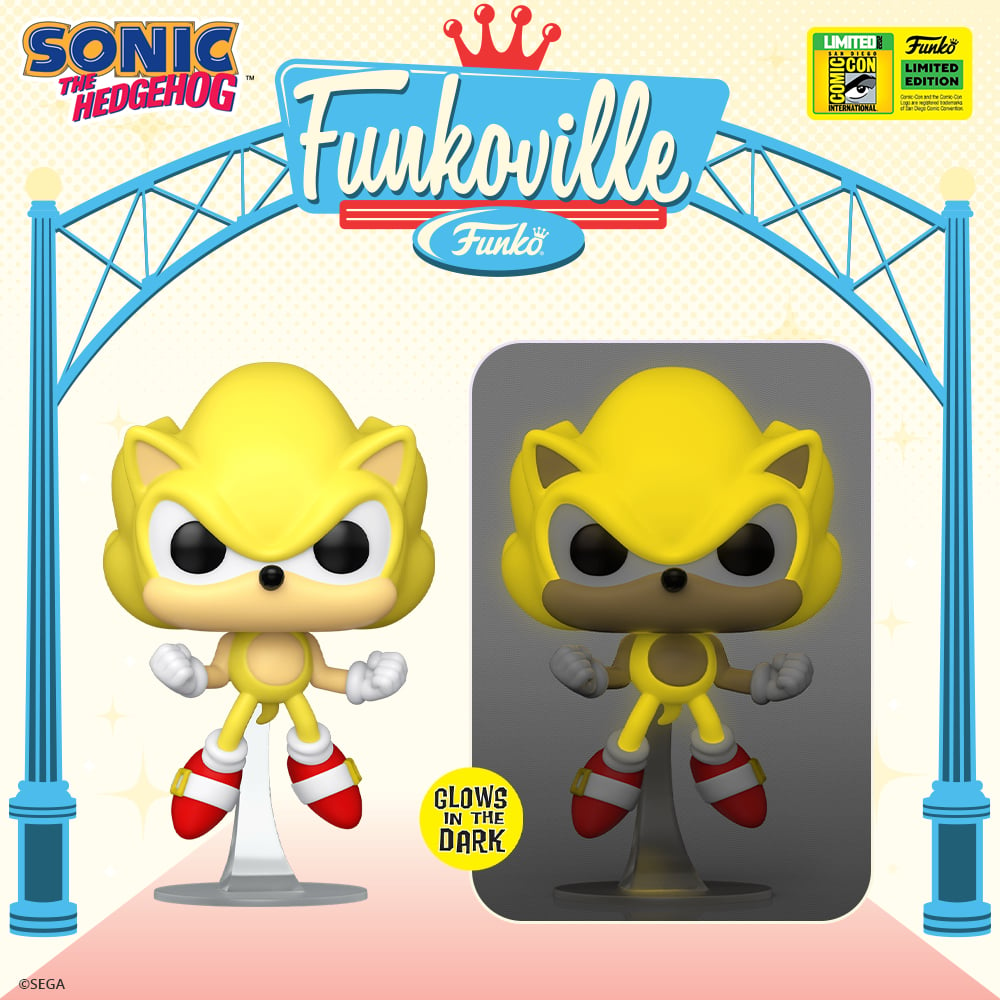 Super Sonic’s first appearance in Sonic the Comic #7, found him as more of a psycho than the spiky-haired hero we know and love today.

He was a demonic force that manifested itself in Sonic’s body under conditions of extreme stress or exposure to chaos energy.

This made for some pretty intense battles between the two, as Super Sonic’s destructive powers, hyper-aggression, and lack of restraint frequently endangered innocent civilians. 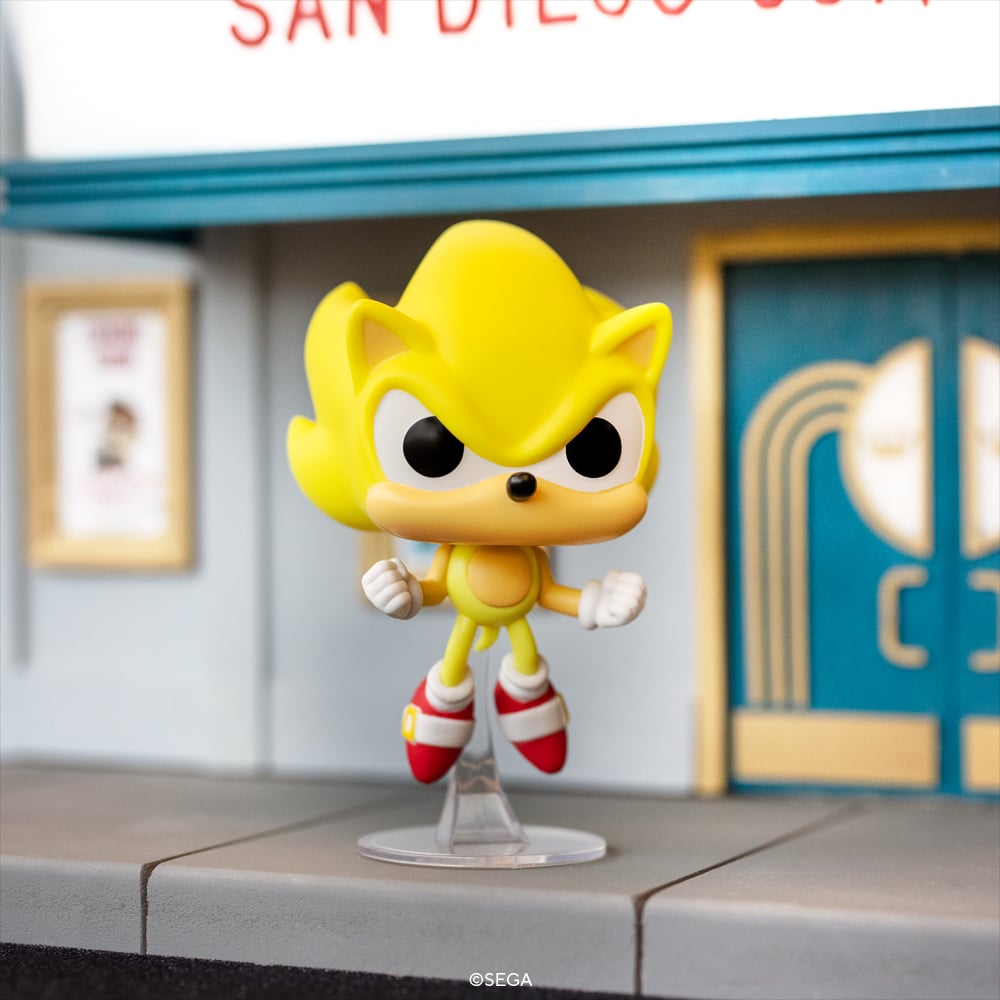 Thankfully, Sonic was usually able to keep him in check long enough to save the day.

But it’s safe to say that Super Sonic has come a long way since his debut appearance. These days, he’s a bit more fun-loving and less likely to go on a rampage… most of the time.