When it comes to collectible Funko Pops, there are certain characters that are always in high demand. Whether it’s because of their iconic status or their inherent cuteness, these characters always seem to fly off the shelves.

One such character is Stitch from Lilo and Stitch. And now, Stitch is getting into the spooky spirit this Halloween. Inspired by this popular character comes the new Funko Pop! Disney: Lilo & Stitch – Skeleton Stitch With Glow-In-the-Dark (GITD) Chase Funko Pop! Vinyl Figure – PIAB Exclusive.

Skeleton Stitch with glow chase variant Funko Pop will surely be a hit with collectors. It’s a fun and unique take on the popular character, and it’s sure to be a sought-after addition to any collection.

The pop figure is dropping today at the link below at 9 AM PT! You can find the pre-order link below (click to jump!)

Stitch may be small, but he’s got a big personality–and an even more enormous appetite for mischief. So it’s no surprise that he’s chosen to dress up as a Skeleton for Halloween this year.

He’s already causing havoc in the neighborhood and hasn’t even gone trick-or-treating yet! But that’s all part of the fun for Stitch.

He loves nothing more than getting into mischief, especially on Halloween night. So if you see a little blue creature in a skeleton costume running around your neighborhood, be sure to say hello to Stitch!

Skeleton Stitch With Glow Chase Funko Pop! can be found at the links below (click to jump!) 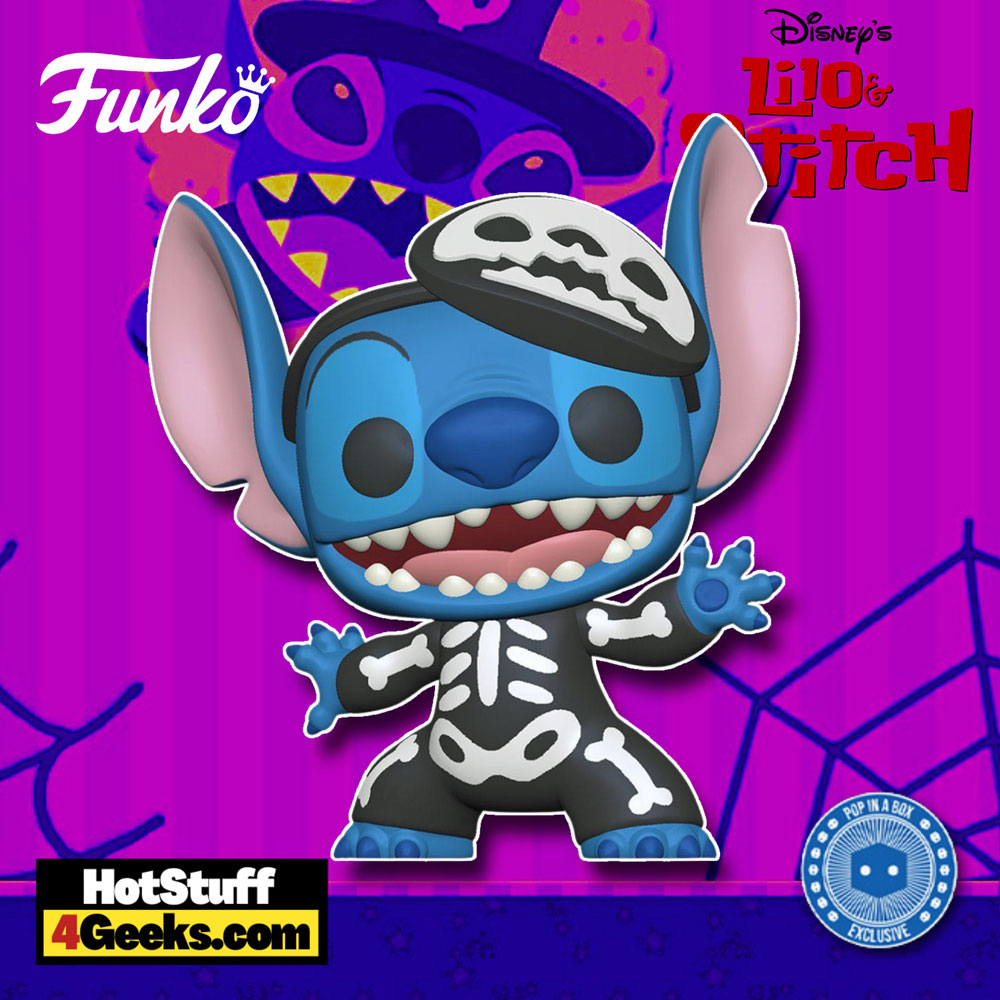 Stitch may be small, but he’s got a huge personality. This little blue alien is always up for a good time, whether surfing, bumbling around town, or just goofing around with his friends.

He’s also fiercely loyal to those he cares about, evidenced by his unending devotion to Lilo. Stitch is the perfect friend in many ways: he’s always up for an adventure, he’s never afraid to speak his mind, and he’s always there when you need him.

It’s no wonder that this loveable character has won the hearts of fans around the world.

And now it looks like he’s ready to trick-or-treat or maybe even go to a Halloween party! Whatever he ends up doing, he’s sure to have a fun time. And who knows? Perhaps he’ll even get some candy! 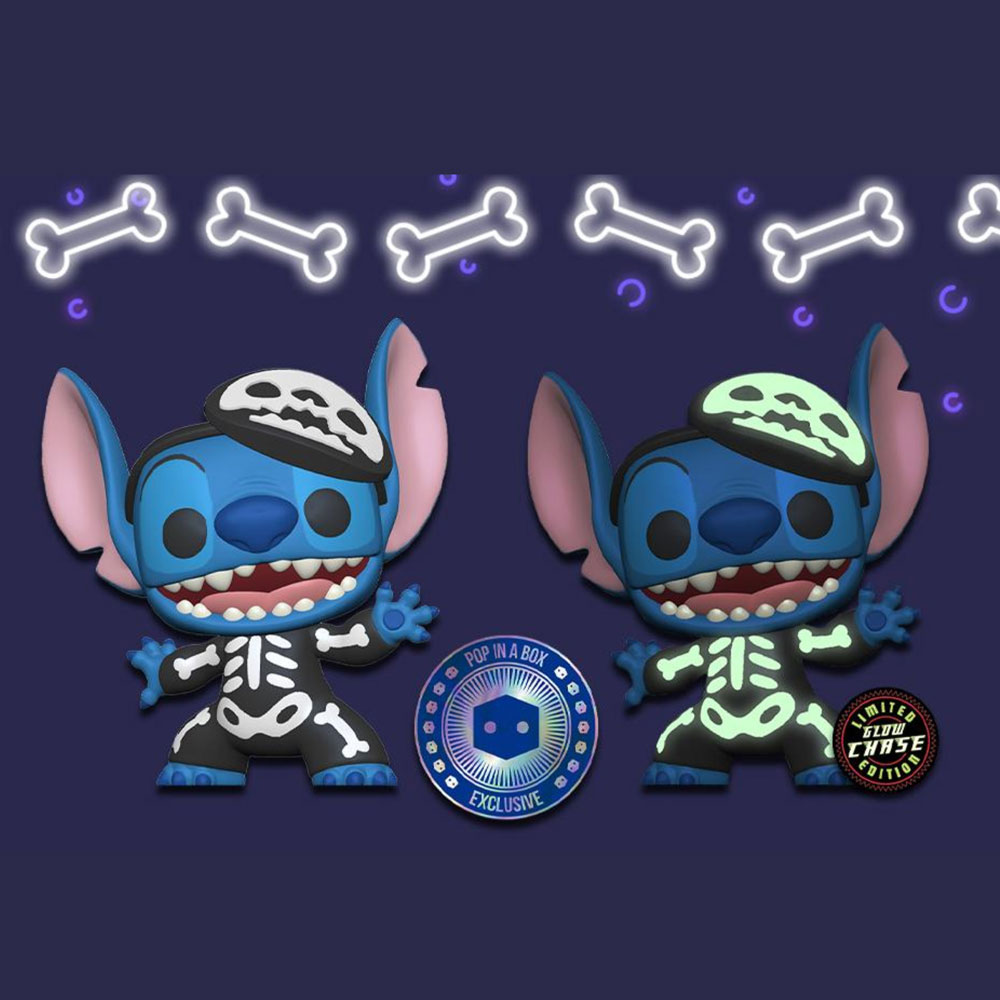