You can find the pop figure below, along with the other Slam pops from this wave (click to jump!)

The reactions did not hold back in terms of praise.

“This kid is the total package,” effused one NBA scout. “He can run, jump, shoot, block shots, and have great hands and feet.” Another NBA executive said that Duncan was the best power forward to come along since Karl Malone.

But, perhaps the most telling quote came from then-Spurs head coach Gregg Popovich, who simply said that Tim Duncan is a phenomenon.

Needless to say, the article painted a very positive picture of the young player, and it’s safe to say that Duncan lived up to the hype.

Slam –Tim Duncan Funko Pop! Magazine Cover is now available for pre-order at the links below (click to jump!) It’s expected to be released in September 2022.

Slam magazine is known for its in-depth coverage of the basketball world, and for long years, they’ve been turning its attention to some of the game’s biggest stars.

Duncan was one of the most dominant big men in the NBA, and Slam magazine took a detailed look at his on-court skills. They also delve into his background, discussing how he became one of the best players in the world.

Tim Duncan was definitely one of the best NBA players. He was drafted by the San Antonio Spurs in 1997 and quickly became their star player.

He helped the Spurs win five NBA Championships, and was named the NBA Finals MVP three times. He was a two-time NBA MVP and was selected to 15 All-Star teams. He was also a 10-time All-Defensive team member.

In short, Tim Duncan was an amazing player and will definitely go down as one of the greatest of all time.

Other NBA Slam Funko Pops from this Wave: 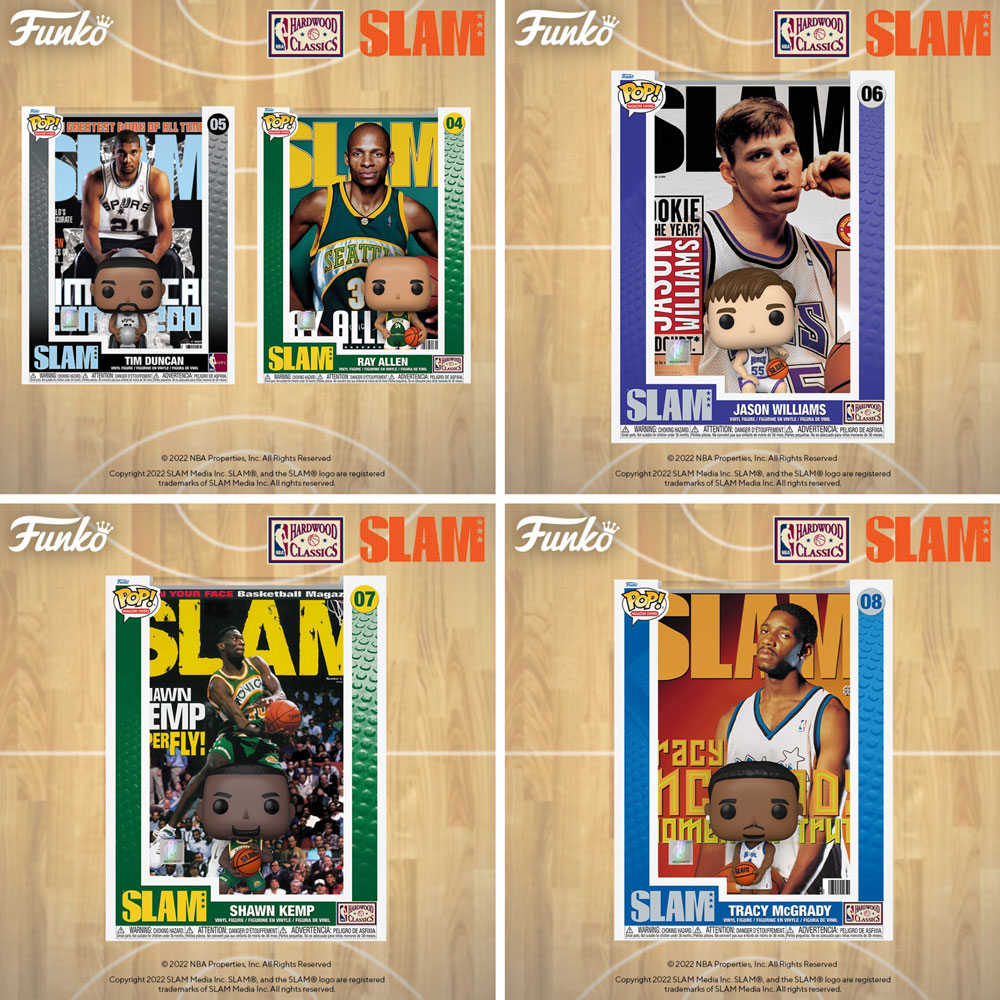