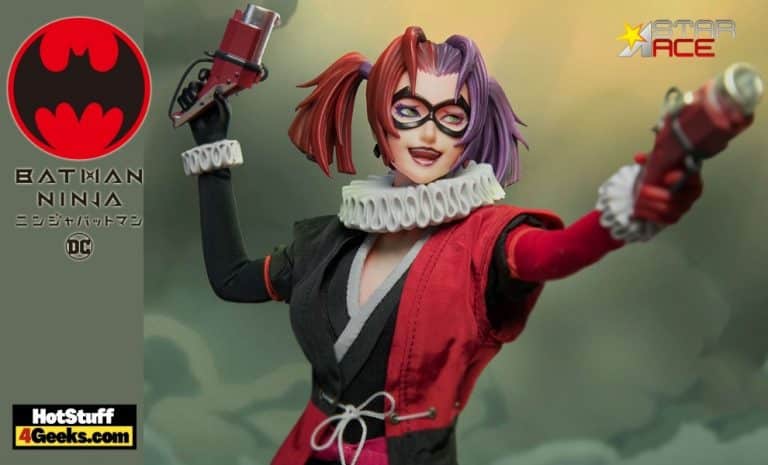 Even though it is not the first Japanese Batman animation, we can say that Batman Ninja is the one with the most different – and crazy – proposal. In the plot, Batman and other characters from his universe are taken to the past, more precisely to feudal Japan, through a device developed by Gorilla Grodd. Now it’s up to our protagonist to find a way out of there and stop the villains from dominating the country.

All the characters have had their looks updated to reimagine them in feudal Japan. The result is very creative, managing to explore as much as possible the elements of that era. There is a wide variety of colors, costumes, and accessories, but it maintains the essence of the original material.

Harley Quinn has also undergone an exciting makeover, and this new 1/6 figure from Batman Ninja features Harley Quinn as she appeared in the animated movie. 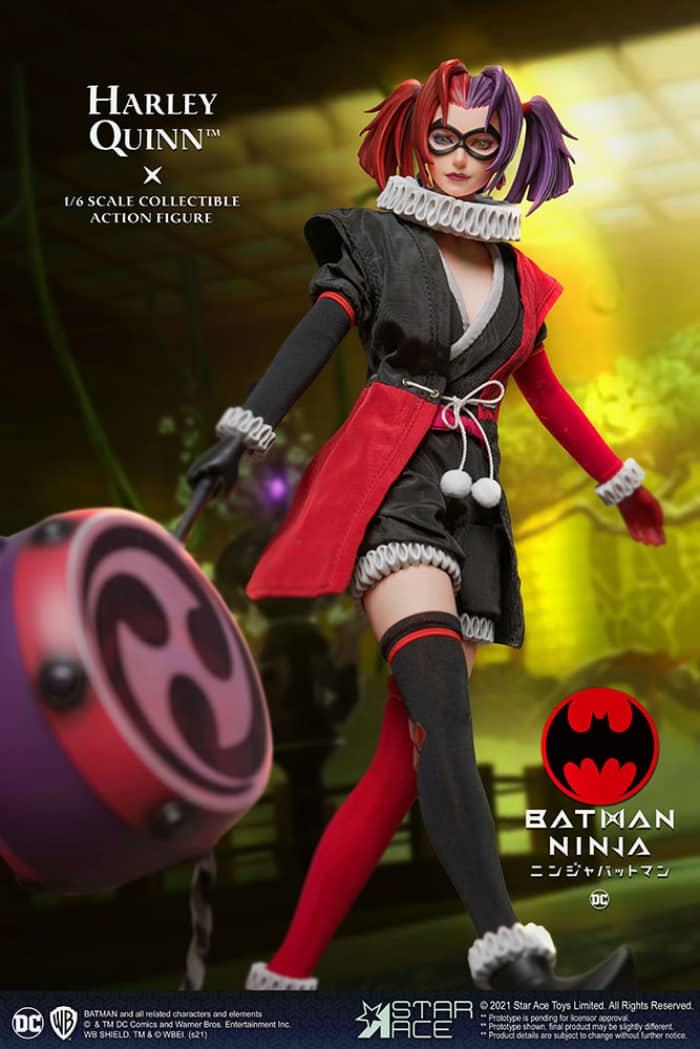 The head features moveable eyes for a more expressive look, and an authentic fabric outfit from the film fits over a seamless body with over 30 points of articulation.

The figure includes interchangeable hands, a pistol, a giant hammer, assorted bombs, and a figure stand. Star Ace Toys will also have a Deluxe Version, which includes a smiling portrait, an additional pistol, and an extra right hand. The figure stands about 12-inches tall. 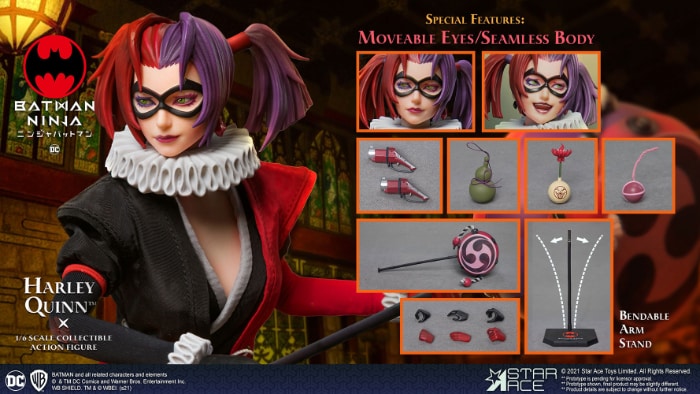 When Batman Ninja was announced, it was accompanied by a lot of questioning.

After all, would we have a 3D Batman anime released in Japan and the West? What would the story be like? Where did this idea come from? Isn’t this something very crazy? Directed by Japanese and with all the aesthetics of animations from the other side of the world, we would have a new interpretation of Batman.

After some expectation, after one or two trailers were released, the film arrived on the market and brought surprising moments in its story and production. Batman Ninja is an unexpected product in almost all of its aspects.

Here all that is lost, and we are taken to a 100% original story, dislocated from any timeline and on top of that in the “anime” style. Japanese traits and narrative are worthy of the best animations available in this genre. 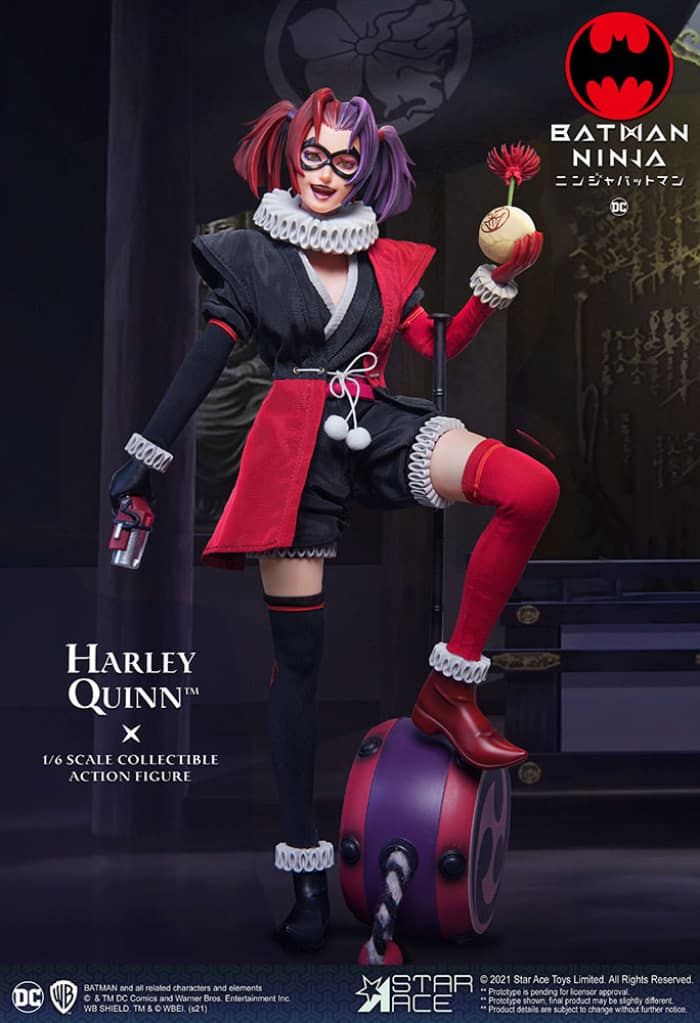 Do not think that this is a story where Batman is told as a Japanese hero because it begins in Gotham, the hero’s city. After fighting Gorilla Grodd, Batman is surprised by a machine that shifts him through time and space, taking him directly to feudal Japan.

There he discovers that two years have passed since his arrival and the arrival of his allies and enemies. Catwoman, Robin, Nightwing, and of course the Joker are all there for quite some time, already accustomed to the Japanese rhythm of their lives and the local culture.