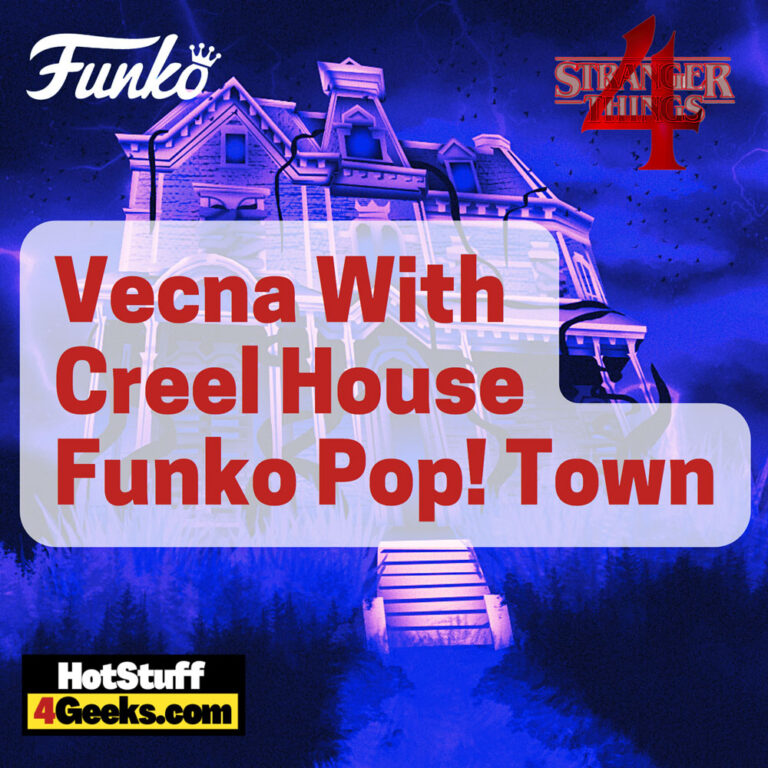 In its darkest phase yet, the Stranger Things 4th season introduced a new villain to fans that made many people lose sleep.

Vecna has his story told since childhood and has appeared in some of the most sinister scenes – including inside his own house.

This spooky collectible is sure to be a hit with show fans, and it’s a great way to remember some of the scariest moments in television history.

Vecna With Creel House Funko Pop! Town is an unconfirmed release. It is only official when or if Funko announces it. I’ll update more information in the long run.

The 4th season of Stranger Things introduced us to the biggest and definitive villain of the series: Vecna.

Behind all the threats and creatures we’ve seen in previous seasons, Vecna has a complex history that goes back to a house in Hawkins and the same lab and experiments that Eleven went through.

In 1959, the Creel family moved into a large house in Hawkins.

After some strange events, the worst happened one night during dinner. The mother, Virginia Creel, began to float away and had her bones broken and her eyes gouged out before she dropped dead.

The father, Victor Creel, immediately experienced visions of the Upside Down World and felt that he had entered a nightmare.

He managed to get out of there and return to the real world but found his daughter Alice dead, and his son Henry Creel had passed out.

Henry fell into a coma and was taken to a hospital. Unable to prove how his family had been murdered, Victor was sentenced to life in prison.

But the truth went far beyond what he could imagine.

Henry Creel felt lonely and strange because of the psychic powers he possessed.

He found a connection with spiders that he did not have with humans. It was with the arachnids that he first tested his telekinetic abilities.

He describes spiders as “endlessly fascinating” and finds “great comfort in them.” Henry idolized spiders, as they “immobilize and feed on the weak,” inspiring his own method of killing his victims.

Without his father realizing it, he was responsible for the death of his mother and sister.

After his family’s murder, he was not taken to the hospital but the Hawkins National Laboratory. Henry became Doctor Martin Brenner’s first experiment.

At Hawkins Laboratory, Henry is identified as One and has had his powers replicated in other children, such as Eleven. Recognizing the youngster’s abilities, Brenner implanted a device in his neck. The artifact suppressed One’s powers.

One grew up in the laboratory. As an adult, he helped care for the children who were Brenner’s new experiments. Then, with a growing rebellion, One convinced Eleven that he was a prisoner and the two could escape together.

With his powers back, One made a veritable massacre in the lab. However, he was no more powerful than young Eleven.

So, unintentionally, Eleven opened a portal to the Upside Down World, sending One there.

Over time, One physically transformed into Vecna as he explored the place.