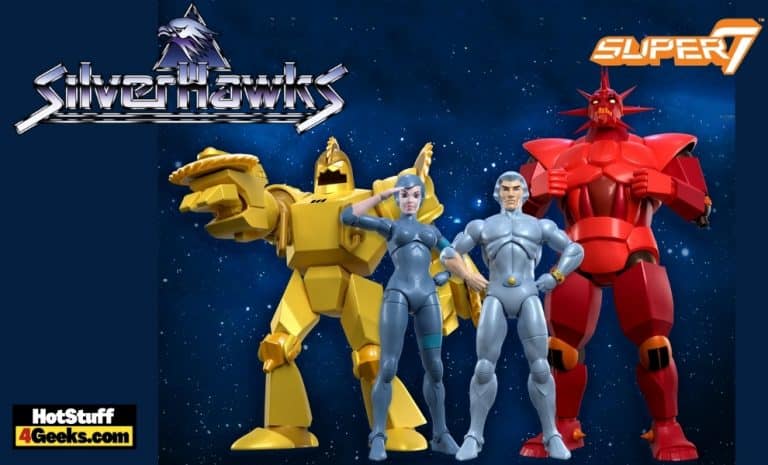 Super7 finally unveiled its anticipated action figures inspired by SilverHawks. The first wave of SilverHawks ULTIMATES! Figures include their leader, Quicksilver, the intelligent and extremely strong Steelheart, and the criminal mob boss Mon*Star and his robot henchman Buzz-Saw!

Throughout its 65 episodes, the Rankin/Bass animated series premiered in 1986 introduced us to the adventures of the SilverHawks, the team led by Quicksilver that flies on silver wings and fights with nerves of steel in the galaxy of Limbo.

Part metallic, part real, they defend the universe from the terrible “Monster” and his intergalactic minions. In addition, the heroes had a fantastic intro and a theme song that stuck in our memories.

Although they are neither silver nor steel, nor will they feature the chrome paint job of the classic Kenner line, these SilverHawks-inspired toys really look good. The figures will be released as part of the Super 7 Ultimates! line and the first wave will include four characters, all with their respective accessories and a presentation designed for the most demanding collector.

The metal-winged crime-fighters and their galactic mob foes are now available for pre-order at the links below. The SilverHawks Ultimates 7-Inch Action Figures – Wave 1 from Super 7 are priced at $54.99 each and are expected to be shipped in August 2021. 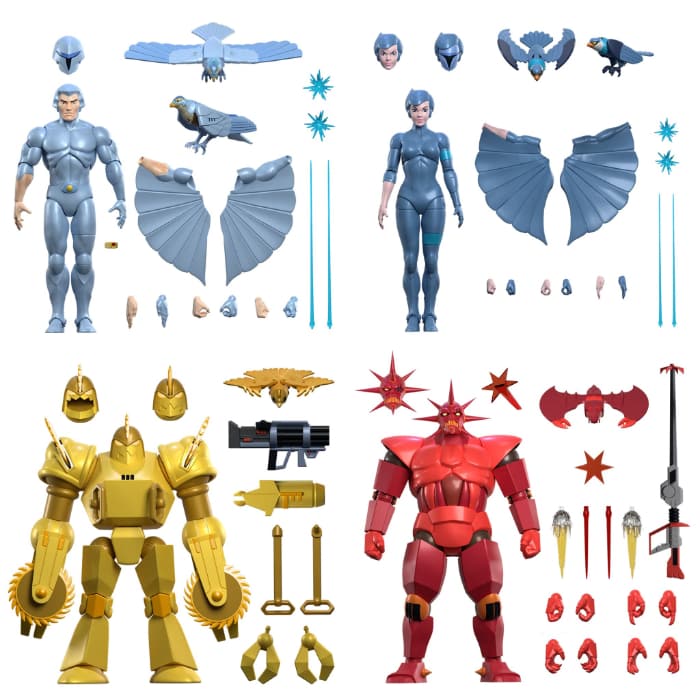 Leader of the SilverHawks team! Collect all the Super7 SilverHawks Ultimates! 7-inch scale action figures. As a team leader, Quicksilver comes with Tally Hawk and a whole suite of accessories like alternate arms with wings, three sets of alternate hands, an alternate helmet, and laser blast accessories. 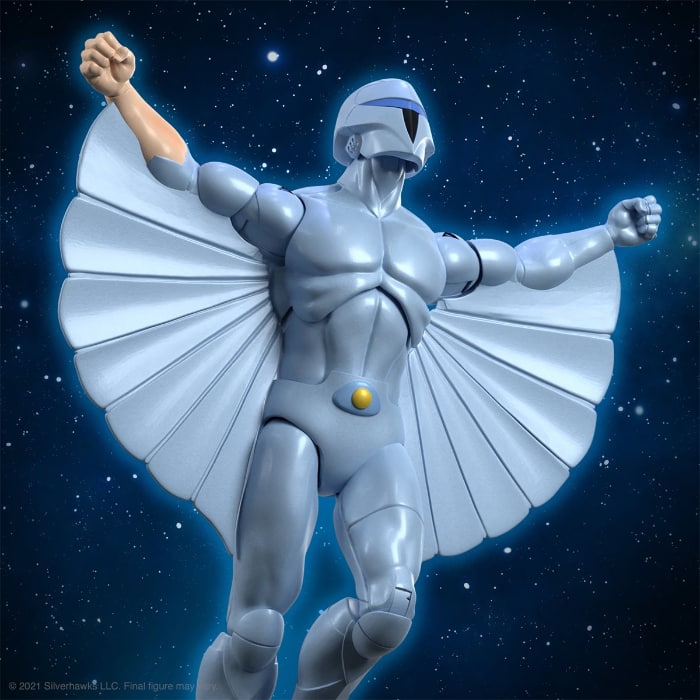 One of the twin science experts of the SilverHawks team! Collect all the Super7 SilverHawks Ultimates! 7-inch scale action figures. She shares her role and feelings with her twin brother and comes loaded with cool accessories. She includes alternate heads, alternate hands, laser blasts, and her partner, bird Rayzor. 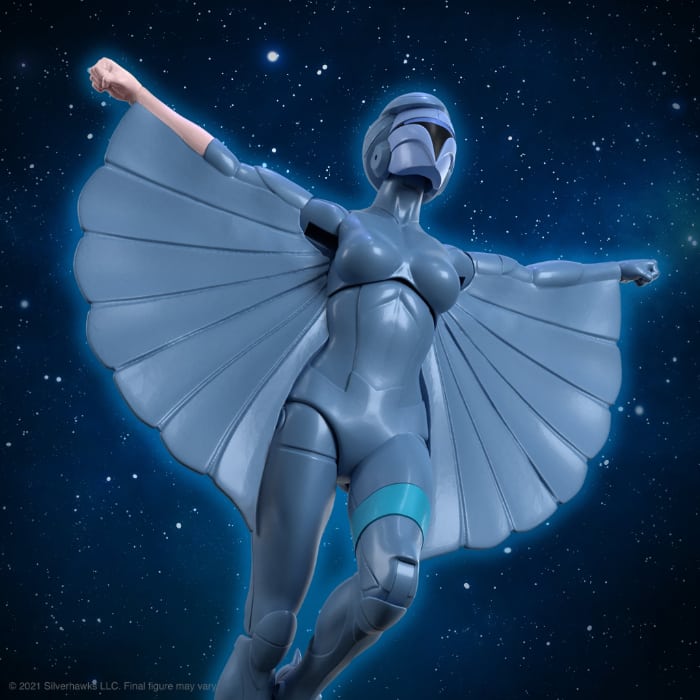 The head of the Limbo mob is back! Collect all the Super7 SilverHawks Ultimates! 7-inch scale action figures. This one towers over the rest at a whopping 11-inches tall! With his bat Sky-Shadow, Mon*Star terrorizes the solar system and is armed to the teeth with fireblasts, an alternate head, four extra sets of hands, and a rifle. He also towers over the other figures in the collection and is ready to rough up your hardware if he gets angry! 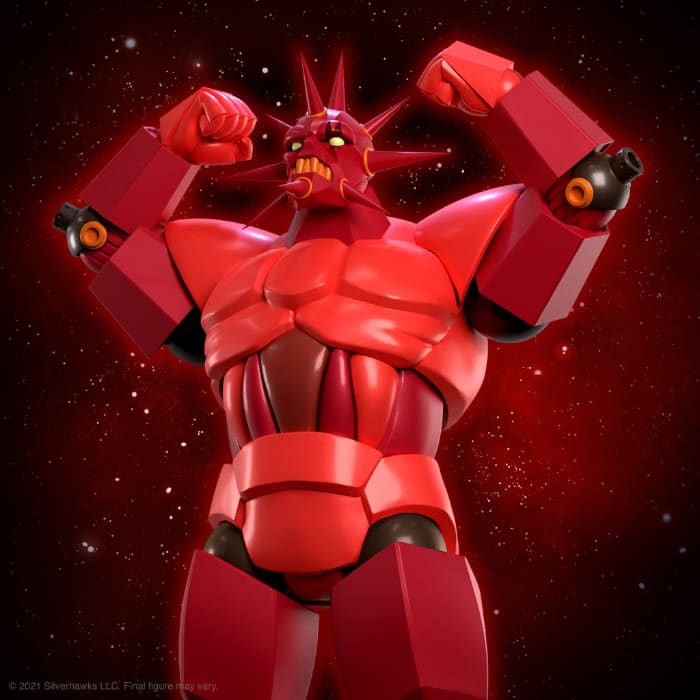 One of the sharpest men in Limbo! Collect all the Super7 SilverHawks Ultimates! 7-inch scale action figures. This one stands 8-inches tall! Loaded with 2 alternate heads, alternate hands, and tons of gear, his companion Shredator is here to make the lives of Limbo’s citizens miserable. This big bruiser is ready to cut his way into organized space crime. 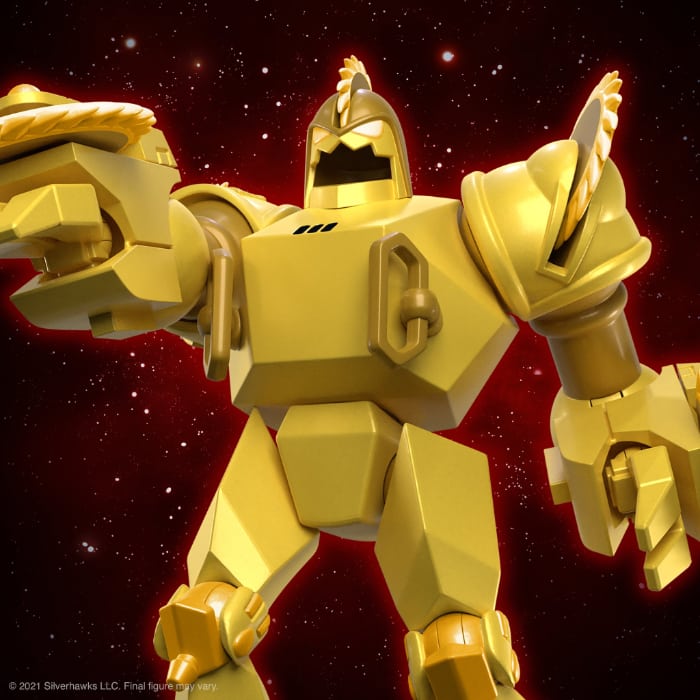